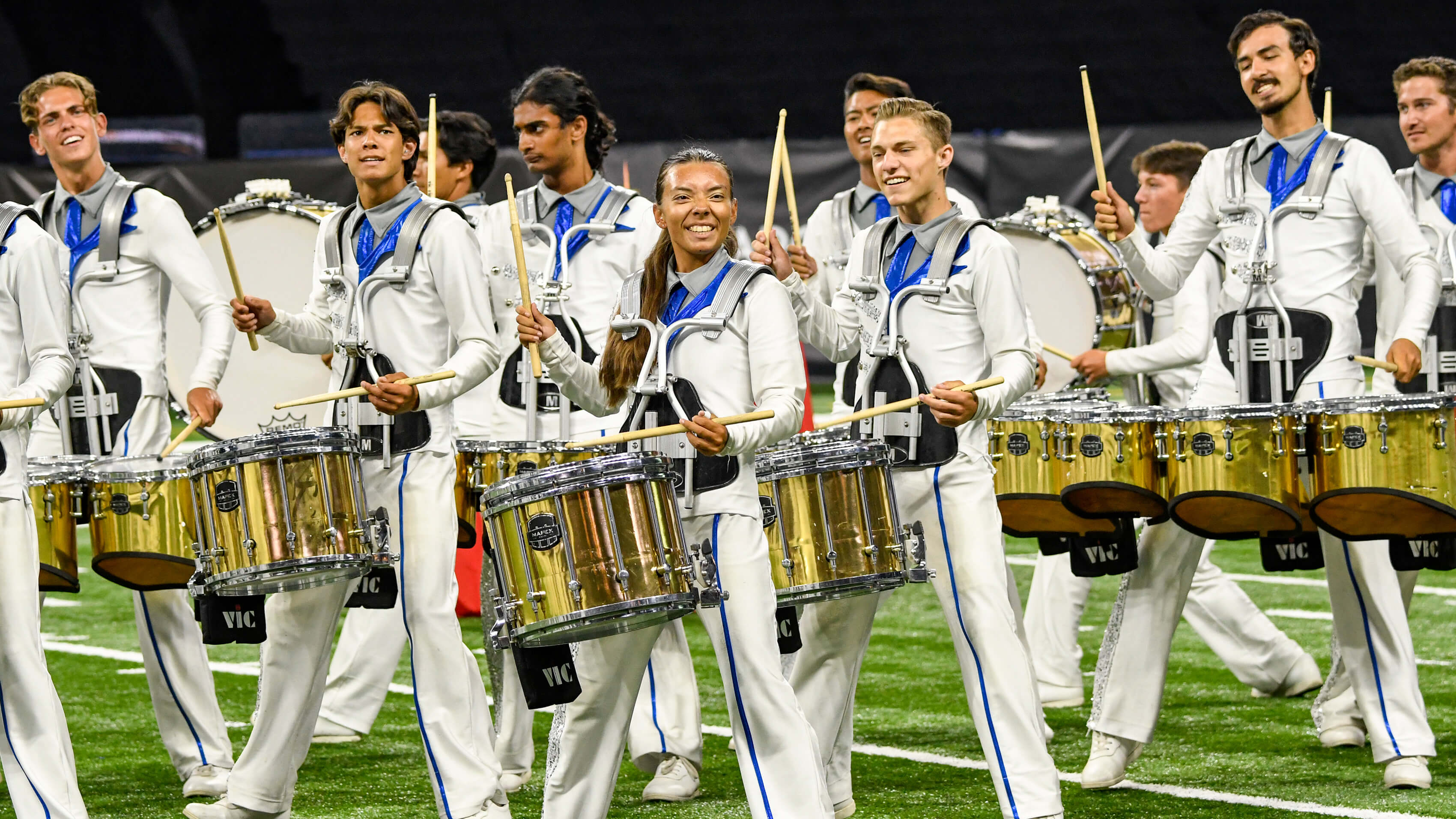 Gold performs at the 2021 DCI Celebration in Indianapolis. Photo by: Drum Corps International

• Behind the scenes of Gold's percussion auditions
• 2022 to date with Genesis' drum major
• Warming things up with Impulse
• And more!

With a few spots remaining in the 2022 corps, The Academy invites prospective members to audition via its video platform.

Blue Devils invites local fans and followers to participate in its annual "Crab Feed," a fundraising event set for March 5.

Take a peek inside the Bluecoats' recently-held January rehearsal camp.

The Boston Crusaders introduced director of music Gino Cipriani as its assitant director for the 2022 season. “What struck me since day one was the intensity and the passion that Gino brings to making sure the member’s experience on and off the field is everything that it should be," executive director Chris Holland said.

The Cadets are in search of a tour manager for the summer of 2022. Applications close January 21.

Take a look through the lens at Carolina Crown's abbreviated — due to weather — January rehearsal camp.

According to The Cavaliers' social media accounts, fans can expect the corps' 2022 ballad movement to be one for the books.

Get an update on Genesis' evolving 2022 season through the perspective of the corps' head conductor, Antonio, including how his hair is always perfectly styled.

Video auditions for the Houston, Texas corps cost just $25 and are available at the corps' website.

After a successful January camp in the virtual space, Jersey Surf invites interested participants to fill its open positions by way of video auditions.

Legends' next submission date for video auditions has a deadline of February 19.

Join Les Stentors' audition Facebook group to learn more about how to join the Canadian Open Class corps in 2022.

Louisiana Stars recently wrapped up its January rehearsal camp and looks forward to welcoming more members into the fold in brass and percussion.

Madison Scouts still has openings in its brass section for prospective members.

Check out these photos from Mandarins' successful January camp for brass and percussion.

Pacific Crest is set to hold its next rehearsal camp January 21-13 in Diamond Bar, California.

Listen in as Phantom Regiment CEO Dr. Todd Snead discusses the logistics of a larger 2022 corps during his recent "Ask Me Anything" session.

Get a closer look at Vanguard audition camps through this engaging video by Marching Vlogs.

Southwind is looking forward to its next winter rehearsal camp, and invites interested individuals to register for the February 11-13 event.

The Nashua, New Hampshire corps is fresh off of its January rehearsal camp. Those looking to join can contact the corps for more information.