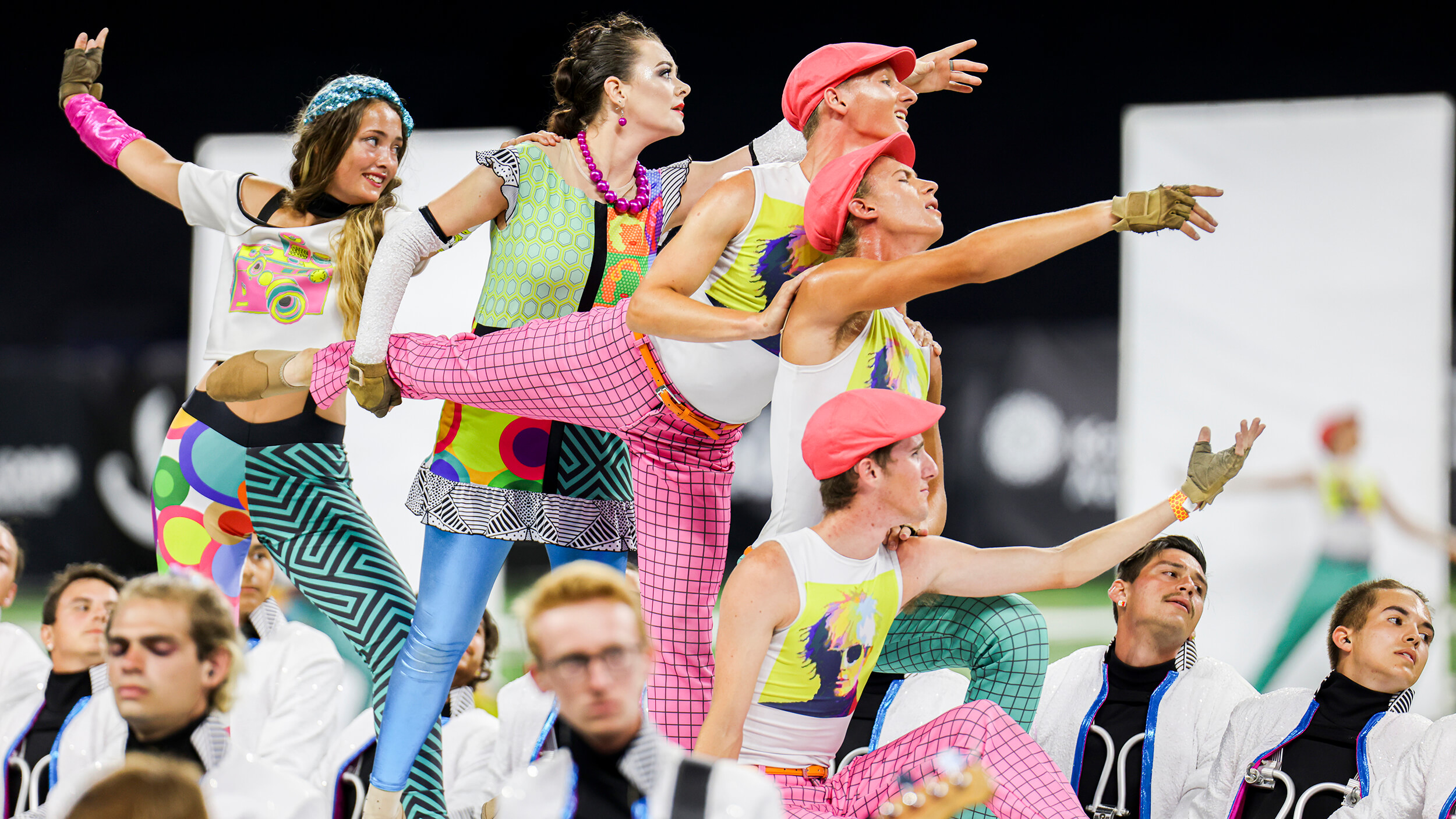 Check out photos from 7th Regiment's May rehearsal camp in New London, Connecticut. Interested participants can still register today to be part of the corps' 2022 summer season.

With a donation of $100, fans and supporters of The Academy can submit an inspirational message to be emrboirdered on the inside of a 2022 corps member's uniform.

The Battalion's next rehearsal camp is scheduled for May 27-28 at Salem Hills High School.

The Denver, Colorado corps announced its repertoire of music for the 2022 summer season.

Blue Stars invites its fans and followers to support its performers this summer by sponsoring a meal during the corps' 2022 tour.

Bluecoats is in search of individuals to join the corps as CDL and box truck drivers from June 26 through August 15.

Boston Crusaders announced the name and repertoire for the corps' 2022 production, "Paradise Lost."

The Cadets are in search of volunteers in the areas of transporation, food service, and more for the corps' 2022 tour.

The Cavaliers teased plans to reveal intriguing information on Monday, May 30.

The Dubuque, Iowa corps announced the official title of its 2022 on-field production, "The Silk Road."

Genesis invites family and friends to support the Robb Elementary Memorial Fund, to assist the families affected by the recent tragic events in Uvalde, Texas.

Hear from Sydney, a fourth-year member of Gold's brass section, about the benefits of the Gold experience.

Guardians is seeking cymbal players to complete its 2022 battery percussion section. Propsective members can participate in the corps' next rehearsal camp, scheduled for May 27-30 in Bryan, Texas.

Heat Wave has a handful of open spots remaining in its field percussion section, including positions in its first-year cymbal section.

Brass and color guard performers interested in joining Jersey Surf for the 2022 season can audition at the corps next rehearsal camp, May 27-30 in Delran, New Jersey.

Legends has a handful of remaning openings in each section of its 2022 corps.

The Madison corps is in search of one certified athletic trainer to work with the corps from May 29 through August 13.

Mandarins announced that the corps' 2022 production, "The Otherside," will feature music inspired by Pink Floyd, "Stranger Things" and Avi Kaplan.

Brass and color guard performers interested in joining Pacific Crest can submit a free audition video with the code "dci22fill."

The Minnesota corps has openings in every section, and invites prospective members to attend its May 27-30 rehearsal camp in Waseca, Minnesota.

Santa Clara Vanguard released a teaser video for the 2022 edition of its "From the Field" video series.

Southwind has a few openings in each section of its 2022 ensemble. Those interested can audition at the corps' June 3-5 rehearsal camp in Daphne, Alabama.

Take a look at these photos from Saprtans rehearsal camp weekend in Lawrence, Massachusetts.

Troopers invites followers to volunteer — for as much time as they're able — with the corps' 2022 food truck team.