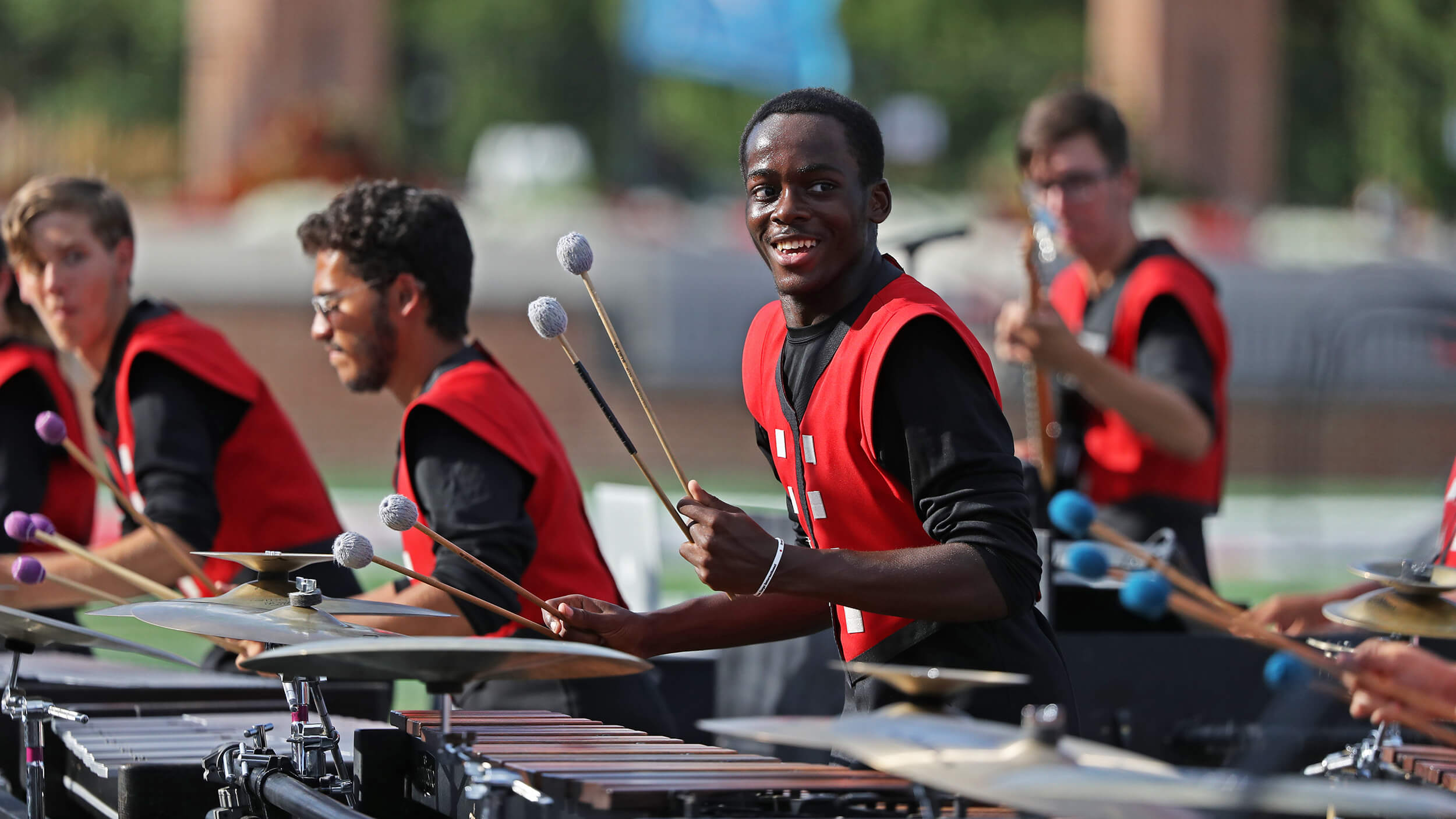 The Arizona corps in in search of athletic trainers to be part of its health team through August 14.

The Battalion has current openings for synthesizer, baritone, cymbal and color guard performers in its 2022 corps.

Check out some fun photos from time off the rehersal field with the 2022 Blue Knights.

The Canton corps is looking for box truck and commercial bus drivers to help Bluecoats move down the road this summer.

The Allentown corps paid homage to the late Moe Latour — former Cadets tour manager and assistant to the director — after his recent passing.

Get an inside look at Carolina Crown's recent drum major leadership camp with this video recap.

The Cavaliers announced the winners of the corps' Honorary Cavalier and Adolph DeGrauwe Legacy Awards, to be presented at their July 3 DCI Tour event in Lisle, Illinois.

The Colts invite interested volunteers to support the Dubuque, Iowa corps by working in their cook truck this summer.

Crossmen is in need of volunteers to join the corps at its spring training site in Salina, Kansas through June 23.

Hear from Genesis' drum majors, Antonio Fox and Evan Johnson, as they recap the corps' first week of spring training.

Take a look under the lights at Guardians' latest rehearsal camp in Texas.

Heat Wave revealed its plans to bring the music of an award-winning artist to the field, as part of its 2022 production, "Welcome to the Neighborhood."

Legends has a small handful of openings remaining in each section of its 2022 corps.

The Quebec-based corps is hiring for a handful of summer employees, including videographer, cook and driver.

Louisiana Stars is in search of drivers to join the corps for two different stretches of the upcoming summer — July 13-17 and/or July 28-August 12.

Fans can purchase tickets to one Madison Scouts-sponsored DCI Tour events, "Drums on the Chippewa," July 13 in Eau Claire, Wisconsin.

Music City invites fans and followers to volunteer with the corps on its tour this summer.

The New Jersey corps has a variety of open work opportunities, including those in its medical, administrative and media departments, for the summer of 2022.

River City Rhythm has a handful of open positions remaining in its trumpet section.

Get an inside update from Santa Clara Vanguard's percussion section in the second episode of its "From the Field" series.

Southwind has a few spots left in most sections of its 2022 corps.

Spartans invites fans to pick up tickets to one of its 14 DCI Tour appearances this summer, including its July 24-sponsored event in Nashua, New Hampshire.