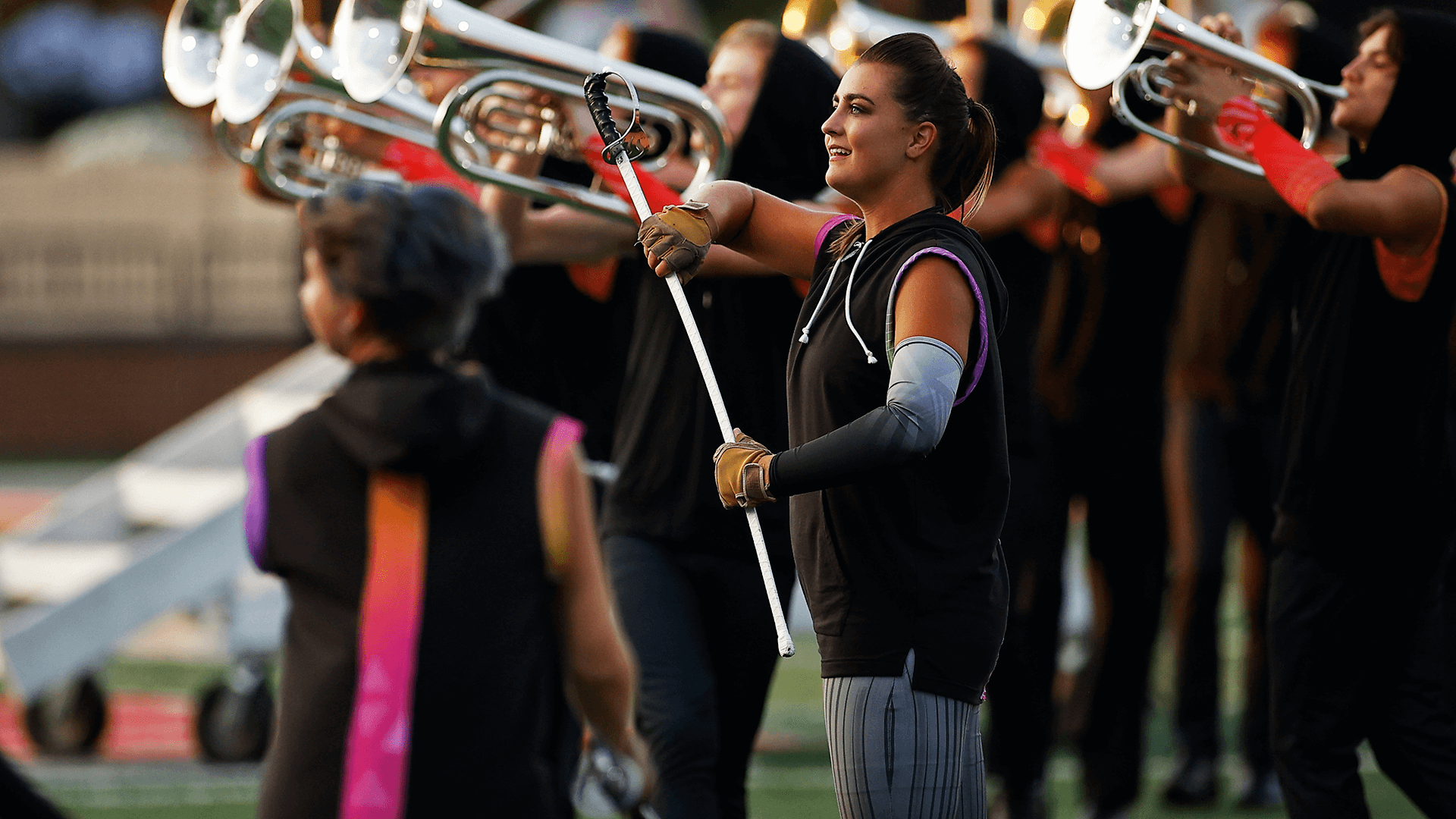 • Southwind reveals 2023 show title
• Regiment pulls back the curtain on November auditions
• Cavaliers look back on 75 years
• And more!

The Arizona corps' audition opportunities begin with a full-corps camp, December 2-4 in Phoenix.

Set for December 9-10, The Battalion will host its Utah "BEX" audition event at Herriman High School.

While there aren't many in-person opportunities left on the schedule, video auditions are still available for the Concord corps.

Blue Stars paid tribue to the late Tom Volk, who served as a longtime volunteer for the corps.

The Canton corps announced a partnership with Forte Athletics to develop a fitness program for its 2023 members.

Boston Crusaders' virtual "Jingle Jam" event is scheduled for December 11 at 8 p.m., featuring a variety of performances from 2022 corps members and alumni.

Those interested in filling drum major positions for The Cadets can audition December 4 in Texas or December 16-18 in New Jersey.

Take a look back at The Cavaliers' 1986 and 1987 seasons, as part of the corps' celebration of its 75th anniversary.

The Dubuque, Iowa corps will host a single-day audition camp at the University of Florida in Gainesville, December 11.

Crossmen will host a pair of audition camps December 4, in Allentown, Pennsylvania and Dallas, Texas.

Hear from corps members as they discuss their favorite aspects of the Genesis experience.

Guardians has an upcoming in-person audition camp for brass and percussion students scheduled for December 16 in Woodway, Texas.

Anthony M., a Heat Wave member, shared his thoughts on marching with the Florida corps.

Keep your eyes peeled for upcoming staff and audition information from Louisiana Stars.

A pair of California-based Mandarins audition experience camps are scheduled for early December in Elk Grove and Flintridge.

Music City invites fans to support the Nashville corps when they shop with AmazonSmile this holiday season.

Pacific Crest will host a pair of information sessions about joining the corps via Zoom, November 30 and December 5.

Phantom Regiment gives viewers an inside look at the corps' November audition camp in a recently-posted highlights video.

Santa Clara Vanguard still has plenty of 2023 audition opportunities left on the schedule, including a set of December 11 camps for brass performers in Austin and Fort Worth.

Southwind posted a trailer revealing the title of the Alabama corps' 2023 production, "Cowboys of the Sky."

Spirit will host a one-day audition camp December 10 at Georgia Tech. Registrants who use the code "Spirit23" will get $75 off of camp registration or $25 off of a video audition.

Troopers has a virtual open house scheduled for December 4 for prospective brass performers.