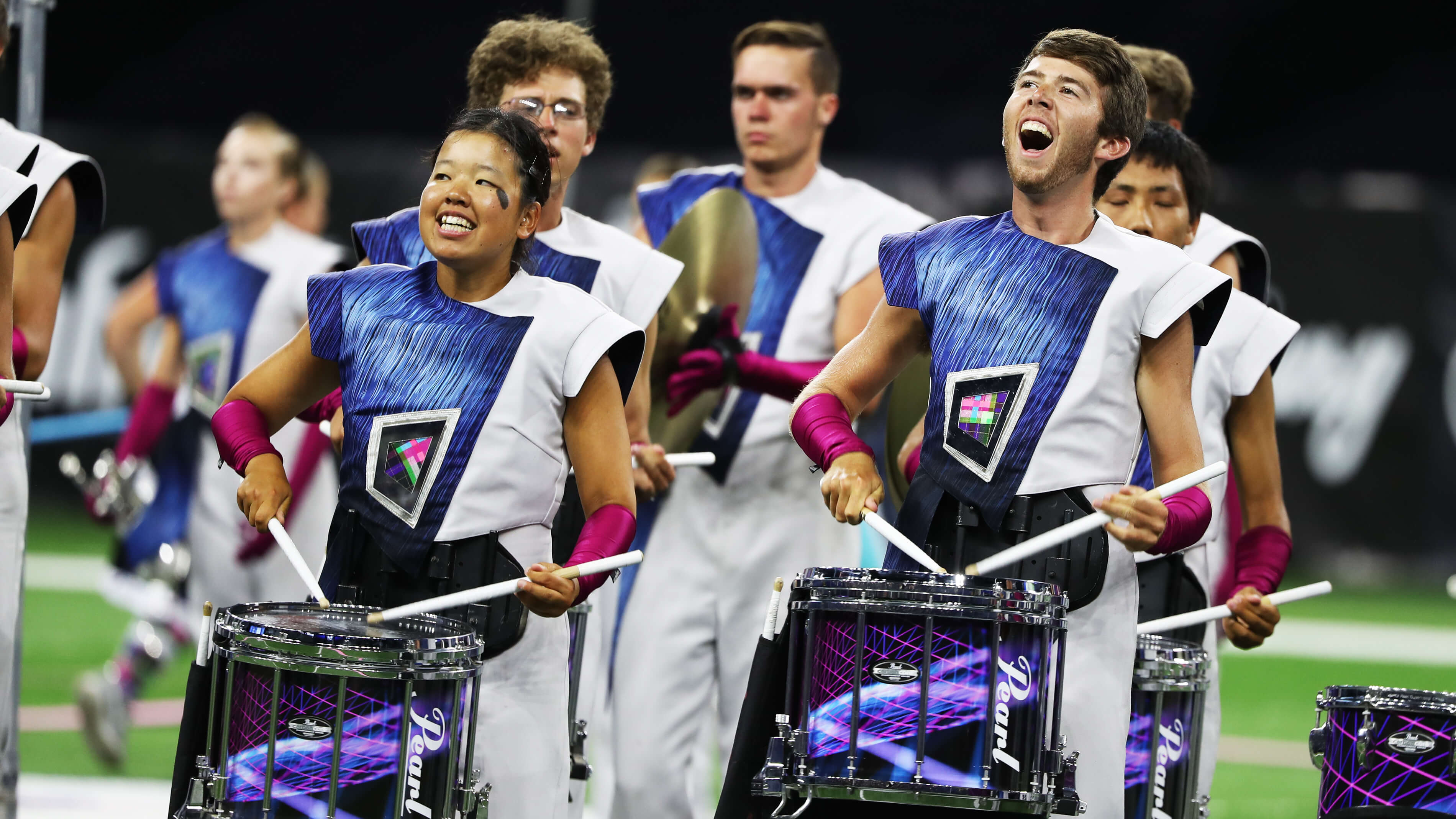 Interested 7th Regiment performers can seize their opportunity to join the corps at its New London, Connecticut camp, January 21-22.

Those interested in joining The Academy's 2023 color guard can submit video auditions throughout the spring, or make plans to attend the corps' April 28-30 camp.

Get an inside look at The Battalion's January camp with these video highlights. The corps invites brass performers to attend its February camp or submit a video audition.

Blue Devils shared a close-up view of the corps' January camp with a reel recapping the weekend.

Blue Devils B's first camp of the 2023 season is scheduled for January 28-29 in Concord, California.

Blue Knights' next audition camp is scheduled for January 20-22 in Denver, Colorado.

Learn more about what makes the Bluecoats color guard such a tight-knit group in this video featuring member testimonials.

Check out photos from Boston Crusaders' first full ensemble rehearsal of the 2023 season.

Scroll through various photos of The Cadets' January audition and rehearsal camp. The Allentown corps will host its next brass camp in February.

The Rosemont, Illinois corps shared a number of photos giving us an inside look at its January rehearsal camp.

Get the quick roundup of Colts' first camp of 2023 with this recap highlight video.

Crossmen shared an extensive gallery of photos from the corps' January camp in Jourdanton, Texas.

Genesis still has limited openings for interested brass and percussion performers. The corps' final audition camp is scheduled for February 17-19 in Bastrop, Texas.

Heat Wave announced Matthew Dickerson, a corps member since 2019, as its drum major for the 2023 season.

Jersey Surf invites performers to "unleash" their power and audition for the New Jersey corps' 2023 season.

Madison Scouts video auditions for the 2023 season are due by January 22.

Mandarins shared a handful of photos from the Sacramento corps' January camp.

Music City announced a team of five members — Jayden, Xaiver, Ayla, Connor and Katrina — as its drum majors for 2023.

Turning back the clock, the Rockford, Illinois corps is offering a vinyl record featuring audio from several of its most popular productions.

In its first year returning to the field since 2019, Seattle Cascades' 2023 program will be titled "Revival," the corps announced on Saturday.

Following the completion of its January camp, the New Hampshire corps invites interested brass and percussion members to register for its February 25-26 camp. Color guard auditionees can submit a video audition, or attend the corps' April 22-23 camp.

Spirit of Atlanta shared a handful of images from its full-corps January camp.

Troopers will host a virtual event February 9 in which the corps' leadership will share details about its 2023 production. Proceeds from the event wills support the corps' scholarship program.

Arsenal is scheduled to host its next audition camp February 18-19 at a location to be announced.

The Bluecoats organization announced it would be reforming Bluecoats Rhythm IN BLUE, formerly an alumni ensemble, into an 18-and-over SoundSport participant.

Conquest will host a trivia night February 24 in Moline, Illinois. Proceeds from the event will help fund the ensemble's 2023 season.

The Boise, Idaho ensemble is set to host its February camp in Caldwell, Idaho on Feburary 11.

IMPACT is seeking performers on keyboard, mallet percussion, tuba and trumpet for 2023.

Southern Knights is seeking members to fill a variety of brass positions in its 2023 ensemble.

Brass and color guard members interested in performing with Spirit of Sunnyvale in 2023 can attend the ensemble's January 28 camp at King's Academy in Sunnyvale, California.