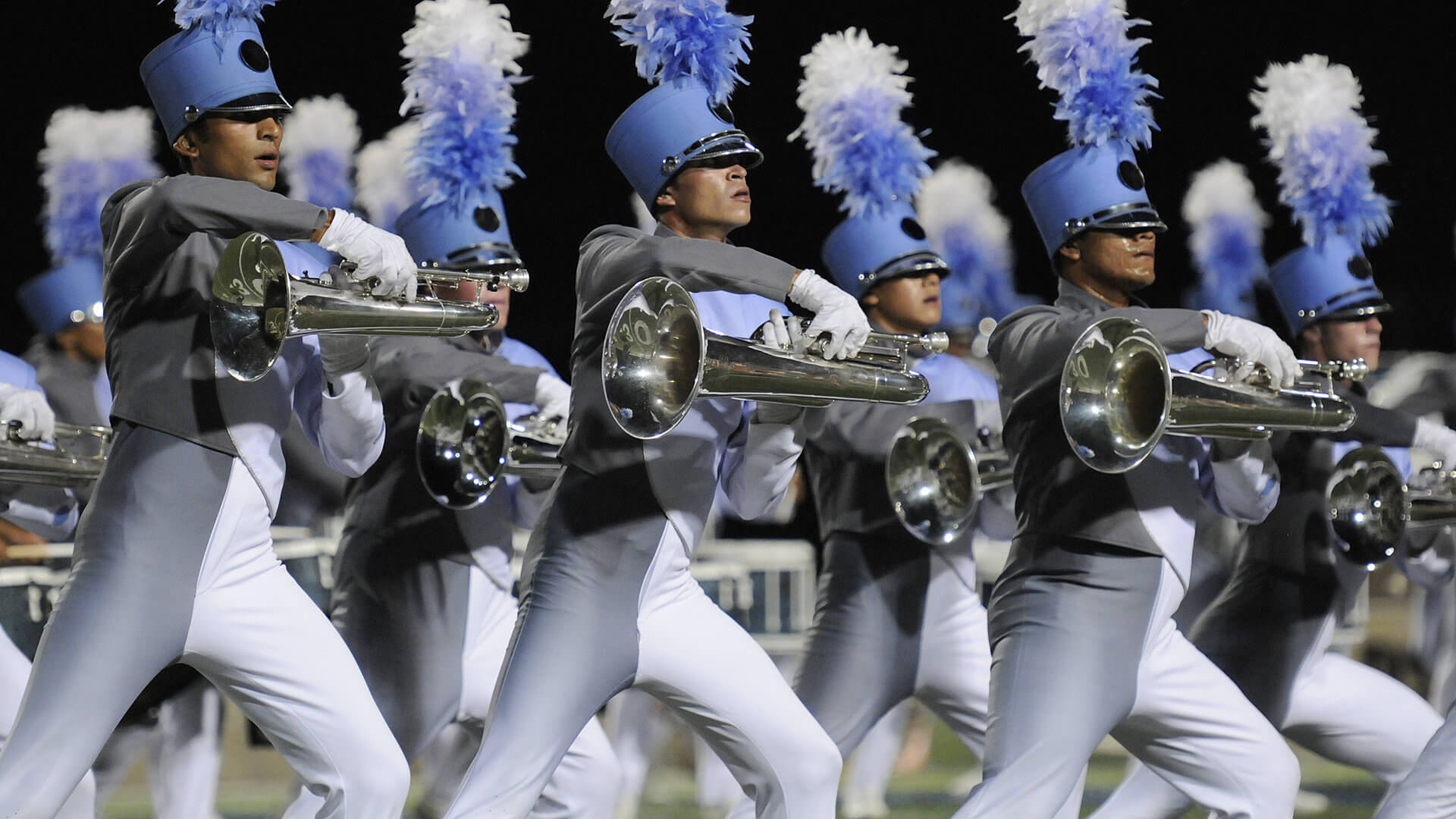 • Drum corps representing at PASIC and the BOA Grand Nationals

Ascend Performing Arts, the parent organization of the Blue Knights was awarded a $10,000 grant from Colorado Creative Industries, a division of the Colorado Office of Economic Development and International Trade.

You can visit with the Blue Stars at this weekend’s Bands of America Grand National Championships in Indianapolis.

The Boston Crusaders have a booth at the Bands of America Grand National Championships at the north gate entrance of Lucas Oil Stadium.

The Cavaliers also have a presence at this weekend’s Bands of America Grand Nationals.

On Veterans Day, the Colts spotlighted a number of corps alumni who have served in the Marine Corps.

The Crossmen are spending time this week at the Percussive Arts Society International Convention in San Antonio.

Guardians’ 2016 competitive production, “Radioactive,” will include the music of Radiohead, Imagine Dragons and Britney Spears among others.

Legends announced the members of its 2016 brass, visual, color guard and percussion staffs.

The Madison Scouts extended the contract of corps director Dann Petersen through October of 2018. “As an organization we are privileged to have the leadership and experience that Dann brings to his role,” Executive Director Chris Komnick said.

Andy Mroczek has been named Mandarins color guard choreographer and designer for the corps’ 2016 season.

Caption supervisor and arranger Mike Stevens will lead an experienced team of new and returning percussion staff members in 2016.

Pacific Crest announced the members of its 2016 percussion staff who will be led by returning caption head Pete Lucero.

Santa Clara Vanguard is represented at this week’s Percussive Arts Society International Convention in San Antonio. Members of the corps’ 2015 percussion section will be featured clinicians on Friday and Saturday.

Kevin Griner will head Spirit of Atlanta’s color guard program in 2016. “My goal for this year’s color guard is to set a strong movement and dance foundation which will give this guard a fresh and contemporary feel,” Griner said.

John Davidson joins the Troopers’ creative team as a sound designer. Davidson is a five-time Emmy award-winning sound designer with more than 20 years of experience with theatrical films and television broadcasts.