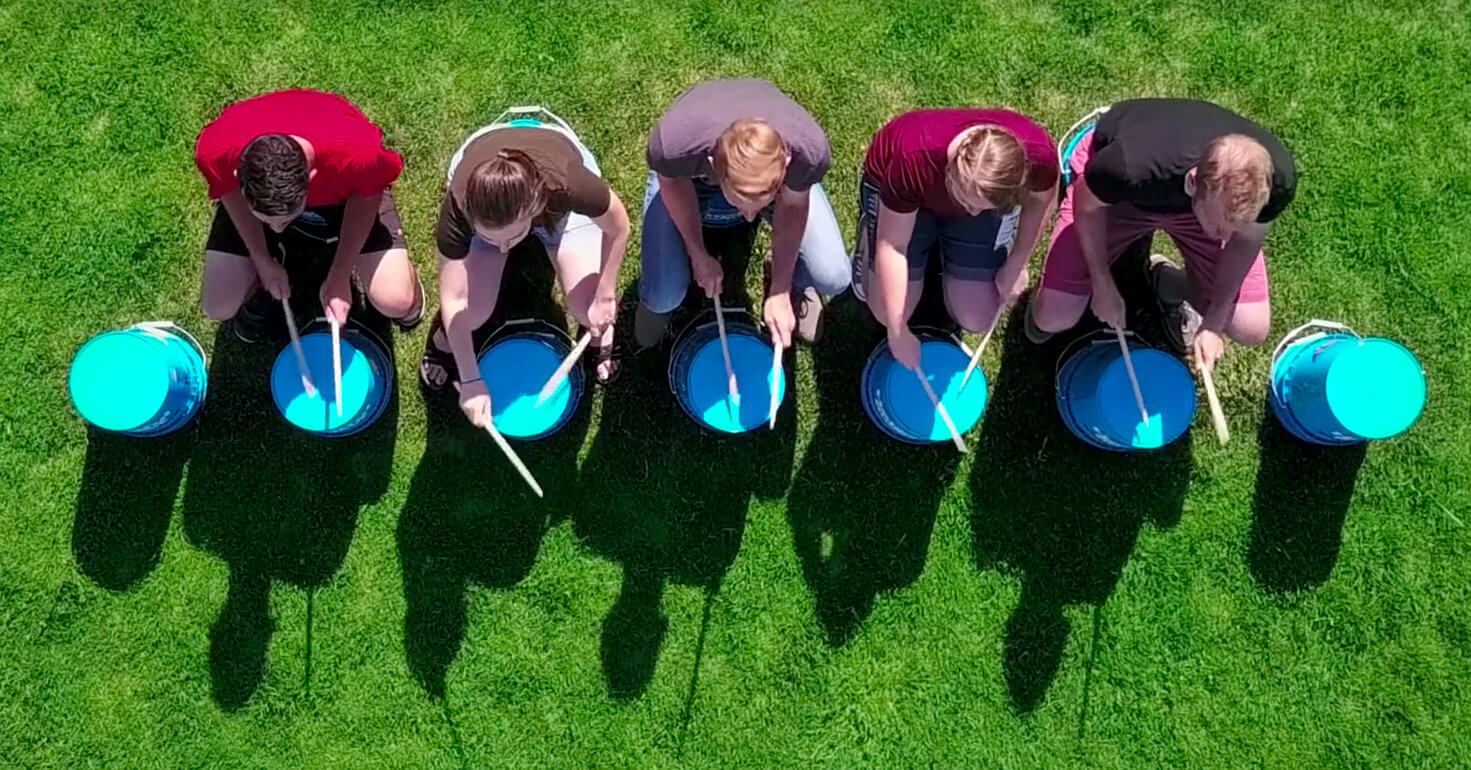 The Battalion recently supplied drummers for a commercial spot in support of the Children&#39;s Miracle Network Hospitals.Photo by: Facebook

The BattalionMembers of the Battalion star in a new commercial spot promoting an upcoming fundraiser for Children's Miracle Network HospitalsFacebook.com

Blue DevilsA new episode of “BD360” takes a look at the voiceovers of corps founder and DCI Hall of Fame member Jerry Seawright that have recently been added to the corps' 2017 production, “Metamorph.” BlueDevils.org

Blue KnightsThis "InSIGHTful" video by the Blue Knights breaks down the design of the corps' 2017 production, “i.”Facebook.com

Boston CrusadersThis week, the Crusaders' media team focused on the color guard members, and the creative layers they add to the corps' 2017 production, “Wicked Games.”Facebook.com

The CadetsThe latest episode of "Cadets All Access" features the corps' front ensemble, the “CPit,” and the kinds of diverse instrumentation utilized in this year's production.Facebook.com

The CavaliersA video released by The Cavaliers this week recaps the corps' experience at last weekend's DCI Southeastern Championship.Facebook.com

CrossmenCrossmen shows it's never too early to be thinking about next season, releasing information this week about auditions for the 2018 corps. Facebook.com

ImpulseImpulse made its journey east this week all the way from California in preparation for the upcoming DCI World Championships in Michigan City, Indiana and Indianapolis.Facebook.com

Jersey SurfA new video posted by Jersey Surf this week gives fans an on- and off-the-field look at the corps' recent trip through San Antonio. Facebook.com

PioneerFollowing a recent accident that totaled its staff camper, Pioneer still needs just over $28,000 in order to replace an integral piece of its tour fleet.Chuffed.org

Seattle Cascades' bird cage set which is a central focus of its production "Set Free," is available for sale at the end of the corps' 2017 season and perfect for use in a fall marching band show or for housing a pandemonium of parrots.

Spirit of Atlanta was featured by DCI.org's video team this week following the corps' always-anticipated hometown performance at the DCI Southeastern Championship.

TroopersIf you've ever wondered what a grocery run looks like for a drum corps, the Troopers have you covered.Facebook.com