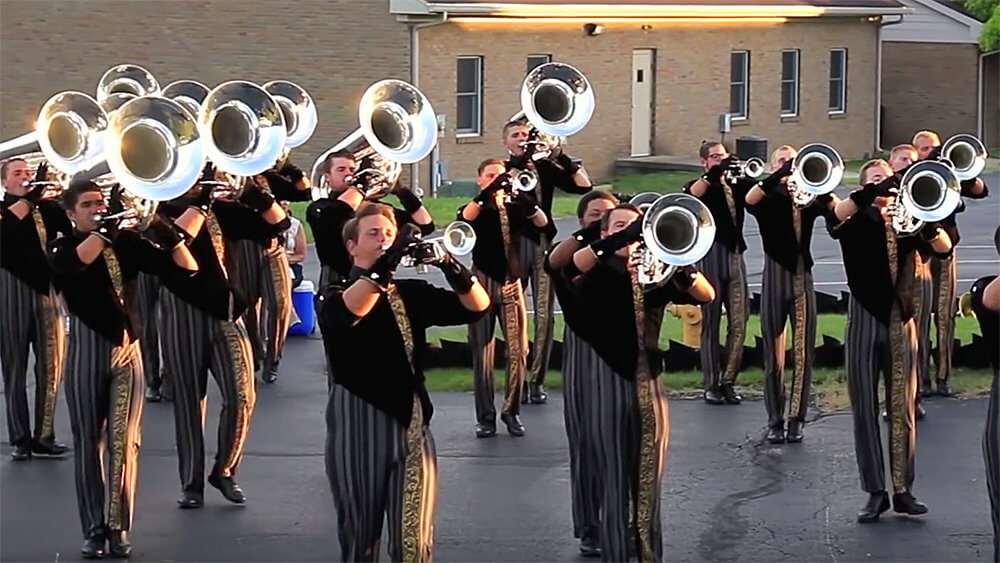 Carolina Crown&#39;s brass section warms up in the lot before a recent DCI Tour event.Photo by: YouTube

• Oregon Crusaders get some local press

• Santa Clara gears up for its 50th anniversary

After a last minute cancellation, the Academy is in urgent need of two volunteers and a co-driver for its souvenir truck.

Take a closer look inside the Blue Devils' 2016 summer tour in this week’s edition of the "Inside BD360" video series.

Blue Knights is in need of volunteers for the Drums Along the Rockies event in Denver (July 9) and an educational clinic for students (July 18).

The Blue Stars published a new video featuring the corps' brass section covering the topic of strength and conditioning for volume and impact.

This week’s episode of "True Bloo" is posted, featuring an interview with a member of the corps' front ensemble percussion section.

Boston Crusaders will host its Florida Reunion Gala as the DCI Tour makes its way to the Sunshine State on July 9.

Cadets is looking to fill two openings in its color guard section.

The Cavaliers went live on Facebook this week from the DCI Tour event in Evansville, Indiana.

Impulse is hosting an educational percussion clinic on July 6 in Huntington Beach, California.

Jersey Surf dedicated its season-opening performance on Thursday in memory of John Urspurch.

Mandarins has an opening for a bass drummer to join the corps for its 2016 summer season.

One Raiders color guard member shared his outlook on being a member of the corps for the past three years.

Vanguard posted a video to commemorate its 50th anniversary coming up in 2017.

The corps went live on Facebook with a preview performance of its 2016 production "O."

The Spartans posted a photo gallery recapping its Friends and Family season kick-off event on June 26.