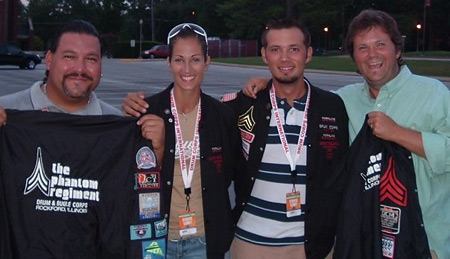 All four of us were very proud of the Phantom "Phamily" in Rockford for this past season's World Championship performance. It was an inspiration to the many alumni who have marched in the Phantom Regiment through some very memorable shows over the years to finally see the Phantom Regiment win its first outright DCI title.