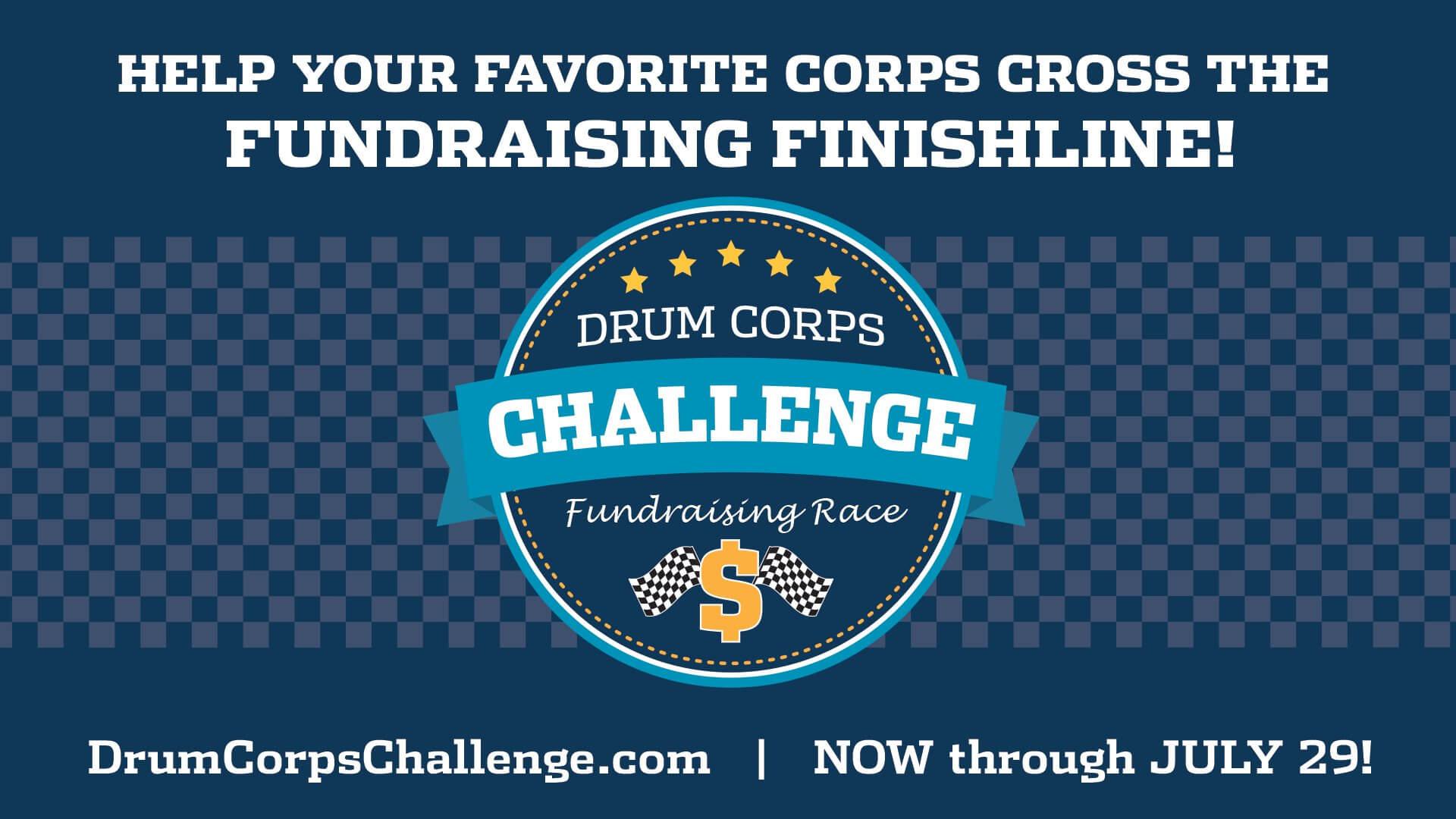 Fans around the world will once again have a chance to “get in the game,” by supporting their favorite groups on the road to the DCI World Championships through the wildly popular Drum Corps Challenge fundraising contest.

Raising more than $400,000 in 2015, 2016’s Drum Corps Challenge will pit 29 World and Open Class corps against each other in class-level play, with each corps trying to raise more money from their alumni, fans and friends than the other groups in their class.

Every dollar collected by the participating corps during the contest period goes toward their respective Drum Corps Challenge totals. For the many participating ensembles already running various fuel campaigns, alumni donation programs, and fund-a-meal campaigns on their own, dollars raised through those campaigns are accrued into each group’s Drum Corps Challenge total while this special fundraising drive is in effect.

To donate, fans can visit the unified webpage for the campaign at DrumCorpsChallenge.com beginning today, Thursday, July 21, where they’ll click on the link for the corps they wish to support, then use the individual corps’ giving pages to make their online donations.

The contest begins Thursday morning, July 21 at 9 a.m. ET, and continues through Friday, July 29, closing at midnight. The winners of the contest (one Open Class corps and one World Class corps) will be announced during the DCI Southeastern Championship presented by Lone Star Percussion in Atlanta on Saturday, July 30.

Corps will report their numbers directly to Drum Corps International on the mornings of Monday, July 25, Wednesday, July 27, and Friday, July 29, so that fans and the participating corps know where everyone stands throughout the duration of the contest.

After the Drum Corps Challenge comes to an end on July 30, fans will have another opportunity to support their favorite groups.

A $49.95 pay-per-view webcast will give you the ability to watch the NightBEAT Tour of Champions event in its entirety live from Winston-Salem, North Carolina on Sunday, July 31.

As part of the registration process, donors can select the corps that they’d like to support. Approximately $30 of the cost of the pay-per-view will directly benefit the group of the purchaser’s choosing.

But that’s not all!

Please note: this special pay-per-view event is not included in DCI Live! subscription packages and is an exclusive fundraising event, directly benefitting your favorite DCI corps.

The pay-per-view webcast can be ordered through DCI.org today. Choose the "2016 NightBEAT Tour of Champions Benefit" package to purchase.

Corps that have chosen to take part in the 2016 Drum Corps Challenge: