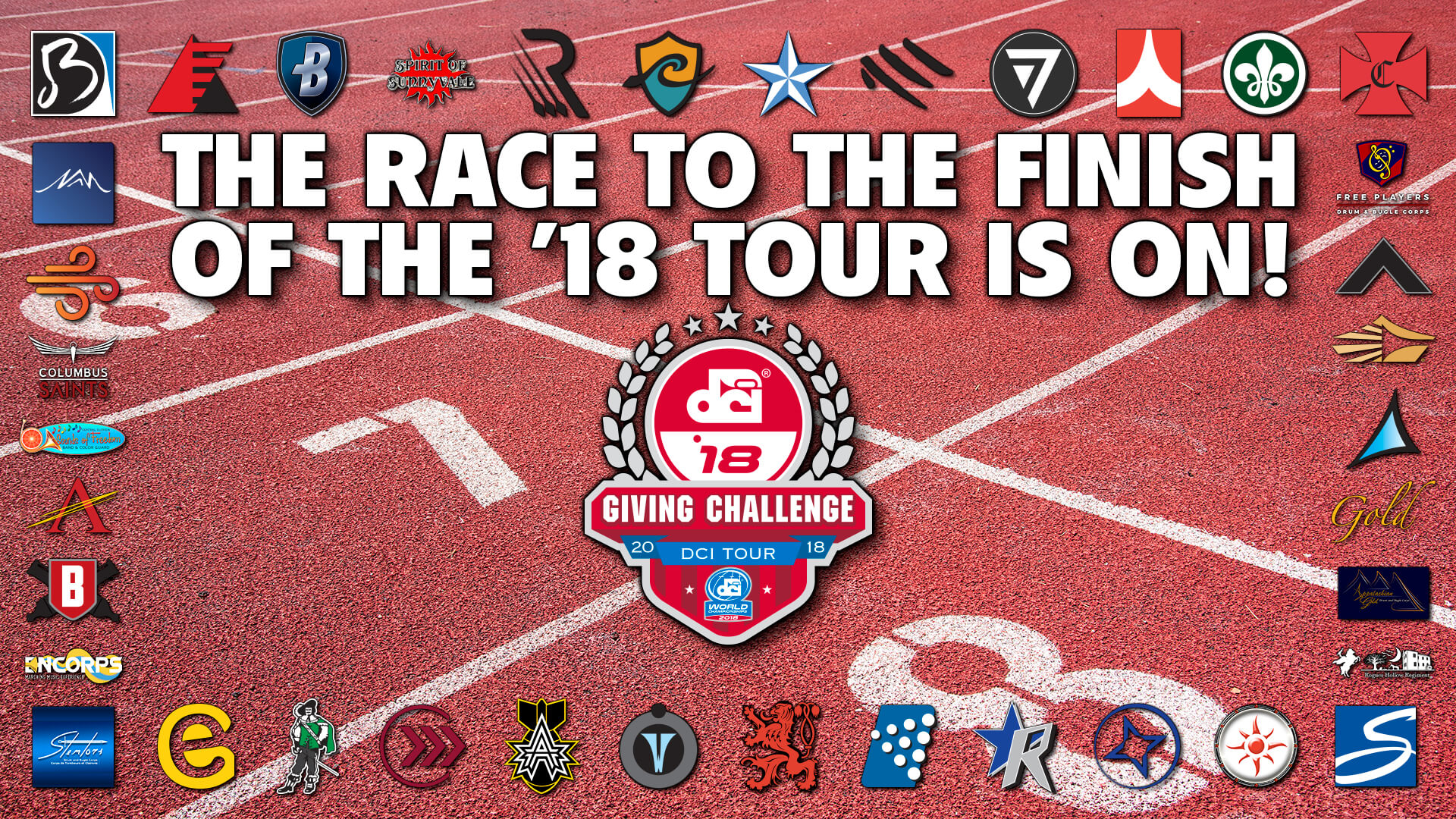 Drum corps fans around the world once again have the opportunity to join together in financial support of their favorite groups on the road to the DCI World Championships by participating in the 2018 DCI Giving Challenge.

Generating more than $1.3 million over the past three seasons, the 2018 edition of the DCI Giving Challenge fundraiser will pit nearly 40 different DCI World and Open Class corps and SoundSport teams against each other in a class-level, head-to-head fundraising competition. Each group will vie to raise more money from its alumni, fans and friends than the other groups in its competitive class.

The participating organizations will ambitiously aim to surpass last year’s total of $516,506 for the 2018 campaign, putting much-needed funds into the hands of organizations across Marching Music’s Major League.

“The DCI Giving Challenge provides organizations with a unified focus on raising funds at the most critical point in the annual DCI Tour,” DCI executive director Dan Acheson said. “As the groups set their sights on the completion of the summer performance season, this campaign brings together the worldwide community of fans; helping to further mobilize them as highly engaged advocates and passionate supporters.”

Every dollar collected by the participating teams during the contest period goes toward their respective DCI Giving Challenge totals. For the many participating ensembles already running various fuel campaigns, alumni donation programs, and fund-a-meal campaigns on their own, dollars raised through those campaigns are accrued into each group's individual total while this special fundraising drive is in effect.

To donate, fans can visit the unified webpage for the campaign at DCIGivingChallenge.com where they can click on the link for the corps they wish to support, then use the individual corps' giving pages to make their online donations.

The contest begins Saturday, July 28 at 9 a.m. ET, and continues through 11:59 p.m. ET on Friday, August 3, with the winners of the contest (one Open Class corps, one World Class corps, and one SoundSport team) announced during the FloMarching webcast of the second night of the DCI Eastern Classic in Allentown, Pennsylvania on Saturday, August 4.

The corps will report their numbers directly to Drum Corps International on the mornings of Monday, July 30 and Wednesday, August 1 before the end of Friday, August 3, so that fans and the participating corps know where everyone stands throughout the duration of the contest.

The 2018 lineup of participating ensembles include: