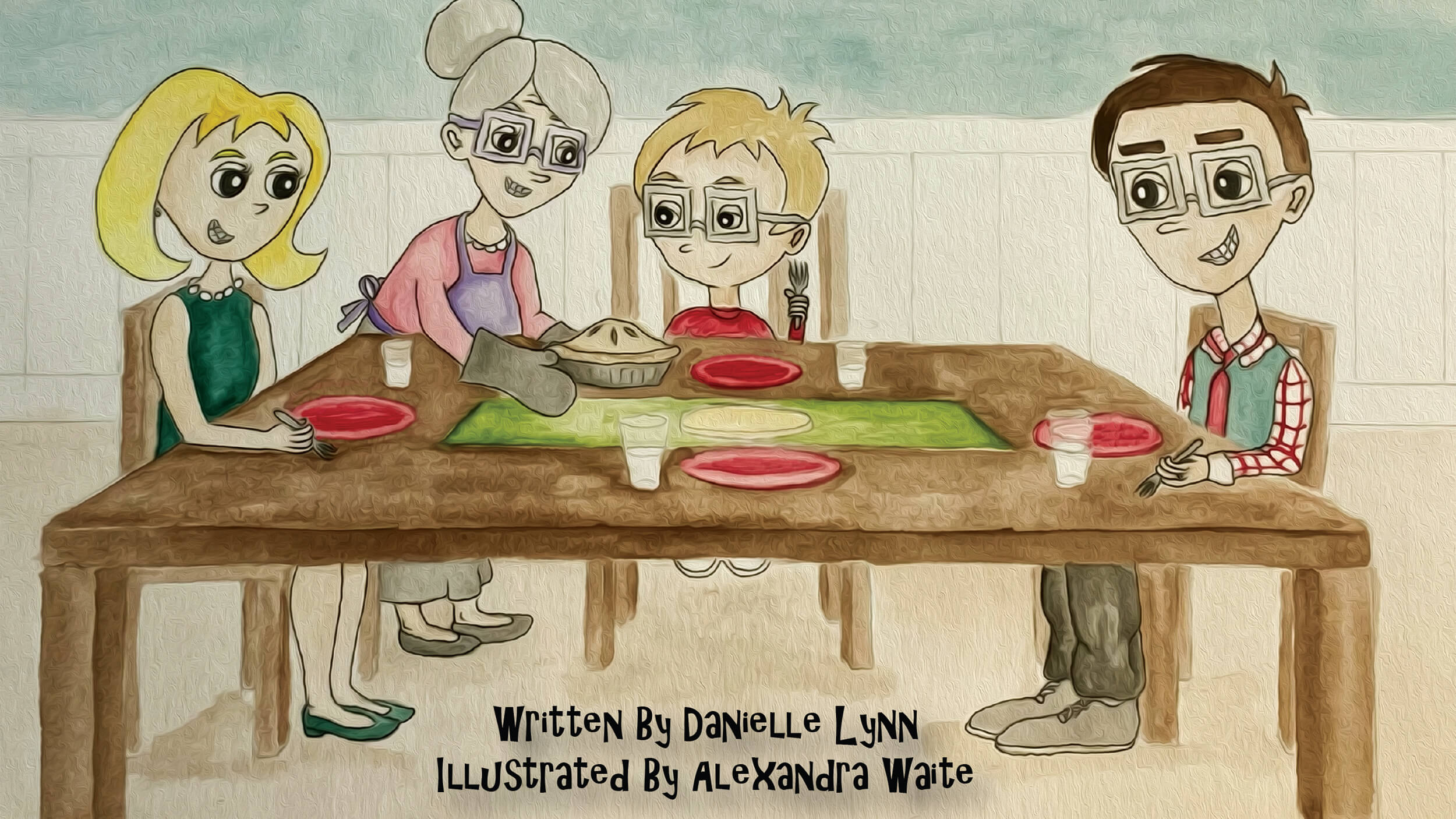 Nicholas is excited to celebrate Christmas with his family and friends. There is just one problem, his Grandma is insisting on making her “famous” Pecan Pie and since Nicholas is allergic to nuts he is determined to change her mind! This introduction to nut allergies will show children how to confidently navigate their food allergies. Nicholas never lets his allergy hold him back!

With a friendship formed in color guard, Crossmen alums Danielle Lynn and Alexandra Waite have combined their talents to create a new children’s book with a timely message.

The 32-page paperback, “Nicholas’ Nut-Free Christmas,” aims to introduce readers to what children living with nut allergies are faced with on a daily basis, while also empowering those who are living with those allergies to positively navigate them.

Growing up in the Philadelphia area, Lynn who wrote the book and Waite who illustrated it, initially got to know each other in the winter color guard activity. Having family connections to the Crossmen (her father is the president of the corps’ alumni association), Lynn joined the corps’ color guard for six years from 2005 to 2010. Waite later became a member of the corps in 2009, and it's there the two say they became best friends. 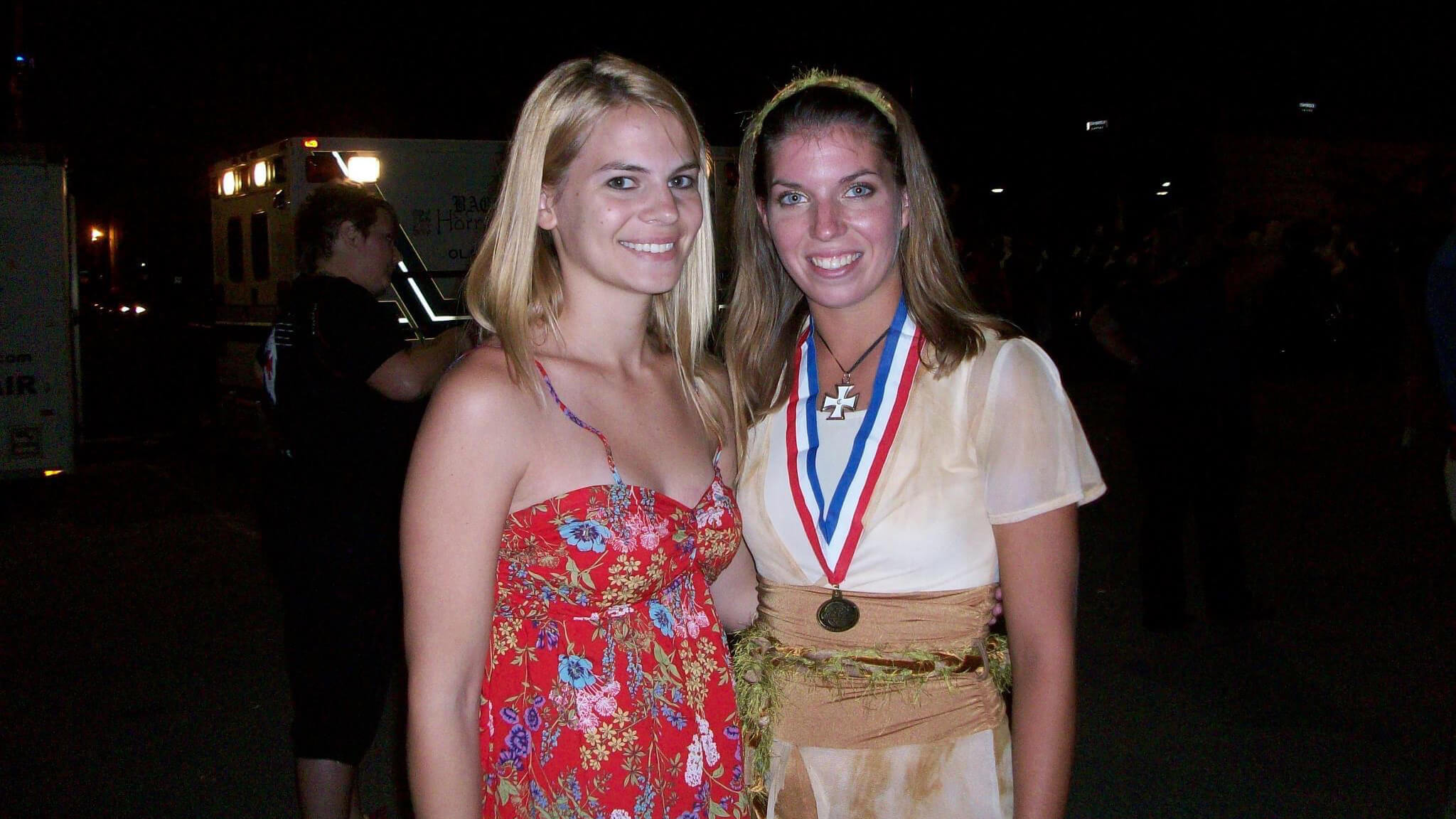 Danielle Lynn (L) with Alexandra Waite during her age-out season with the Crossmen in 2012.

The book is a first for Lynn who was motivated to tackle the project after working in sales support for a company that sells books. “I’m around books all the time, she said. “It was being immersed in them that inspired me to want to write one myself.”

Lynn began drafting the book last November, loosely basing the story of the main character Nicholas, a third-grader, on the experiences of her boyfriend Peter who’s allergic to both peanuts and tree nuts.

“Little stories that Peter has told me about his experience growing up definitely served as an inspiration,” Lynn said. “And I've even seen things with him as an adult where he still has relatives at Christmas parties who don’t necessarily understand what he’s faced with. They may think something like, ‘If I make peanut butter cookies, that's fine, Peter just won't eat them.’ The issue of course is then he's also probably not going to eat anything because it just makes him uncomfortable that those cookies are there.”

As many holiday celebrations are typically centered on food, Lynn said she set the book during Christmastime to focus on different situations that those with food allergies can often find themselves in like Peter in the previous example. In Nicholas’ instance, it is staying vigilant about his allergy while at school and having the confidence to speak up when he’s in an uncomfortable situation. It also takes him through the holiday with his extended family where he’s able to convince his grandmother to adapt to meet his needs.

In writing the book, Lynn found that educating those unfamiliar with food allergies was just as important to her as showing a positive example for those who live with them. “I wanted to write not just for the kids who have the allergies, but also for other family and friends to give them a better understanding of what it's like for them to be in these situations and how they can help make them feel safer.”

After working up a rough draft of the story, Lynn turned to Waite in the summertime to start on the illustrations. Waite, who is an artist and elementary school art teacher, had an instant connection to the story. “I work with students who are that age and who go through the same experiences as the little boy Nicholas in the book,” she said. “For me I thought it was super relevant because I can read it in my own classroom.”

Waite did the initial illustrations by hand with watercolor and pen before some additional digital editing to complete the look. Self-publishing through Amazon, the duo put the book on sale on the first of November.

Now a decade out of their drum corps experiences, both Lynn and Waite look back fondly on how their color guard experiences have influenced their lives today and specifically the story of Nicholas.

“Marching drum corps teaches you to be accepting of everyone regardless of how they may be different from you, and I hope Nicholas' story teaches people that same lesson,” Lynn said.

“I think the connection between drum corps, our character Nicholas, and myself is perseverance,” Waite added. ”In drum corps all you want to do is work hard to overcome the challenges, to have your best show, and to have your best summer. In the story, Nicholas persevered to enjoy Christmas activities at school and at home. For me, marching drum corps and illustrating this story both offered their own unique difficulties and so my advice to current and future drum corps kids would be to persevere.”