Crown improved upon its most recent score from Saturday night in Madison by seven tenths of a point, setting a new season-high for the 2019 DCI season with a final tally of 73.350. The Fort Mill, South Carolina corps took first place in all captions.

View all scores from DCI Crossroads

“I think last night’s win gave us a good amount of confidence,” Carolina Crown drum major Michael St Ores said. “I think the most exciting thing about this performance was the energy of pushing all the way through. As the summer goes on, the members of the corps get stronger and stronger and it’s even showing in just the third show of the season.

“I think that we are ahead of last year in a lot of capacities. The members are pushing through a lot of the things that are thrown at them. They’re handling everything amazingly, and they’re working harder than any group that I’ve been a part of. It’s awesome to watch and to be a part of that.” 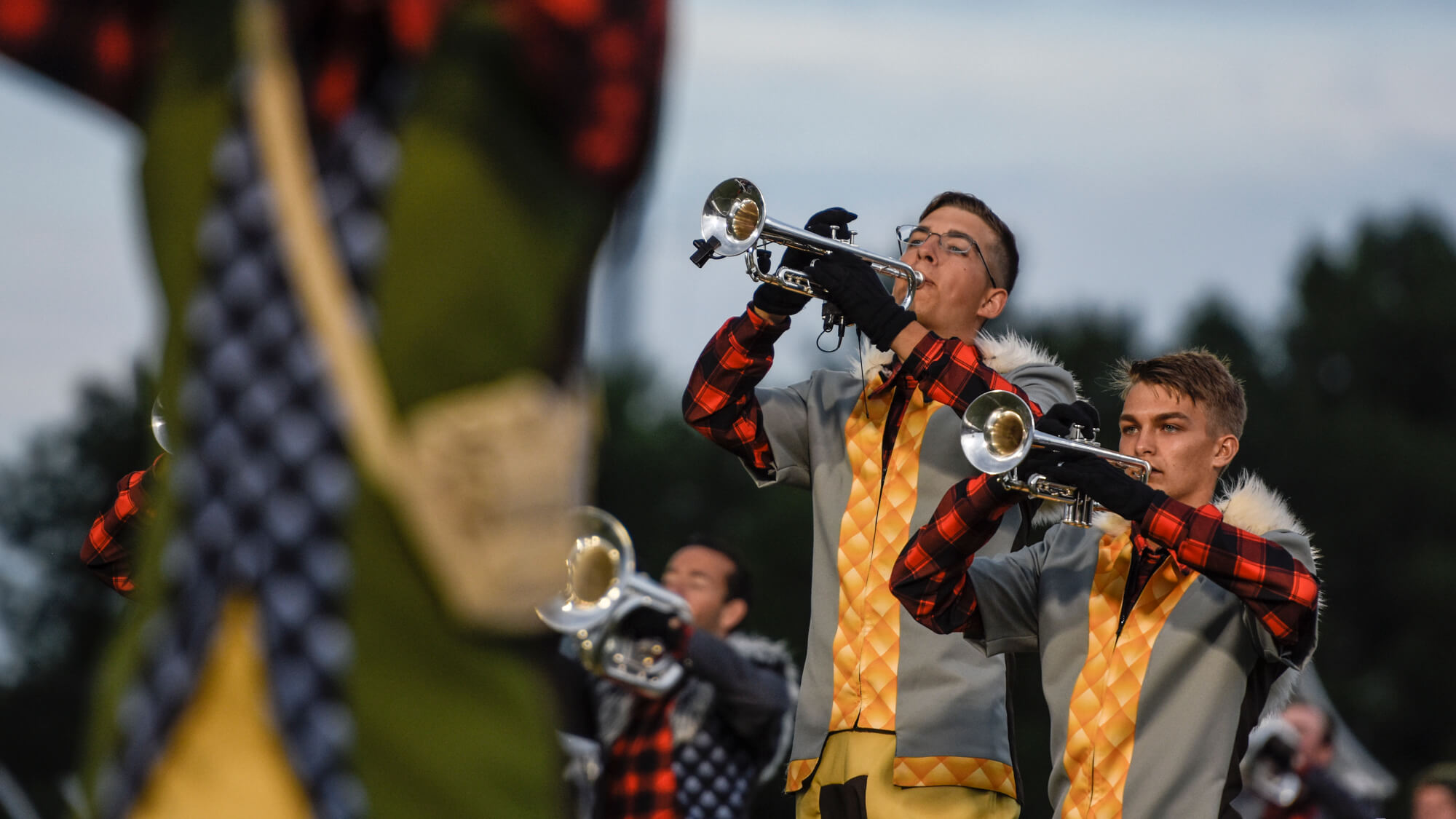 The Cadets and Blue Stars finished the night in second and third, respectively, with scores of 69.300 and 68.150. Blue Stars topped their foe from Allentown in the visual caption.

The close finish Sunday night in Indiana sets up an intriguing competitive storyline as the 2019 DCI campaign gets churning. Sunday’s gap between the two corps was the closest they’ve been in more than 30 years, after Blue Stars came as close as 1.388 points at one point late last season.

Performing their powerful and exciting production, “Valkyrie,” which tells the story of the norse character of the same name, Crossmen (4th, 66.850) posted a strong number while also finishing ahead of Blue Stars in the brass caption.

“The performance we had tonight was pretty awesome,” Crossmen color guard member Hayley Grubbs said. “The energy felt really, really great. The crowd got involved with our clapping dance feature we have. It was just really awesome energy.” 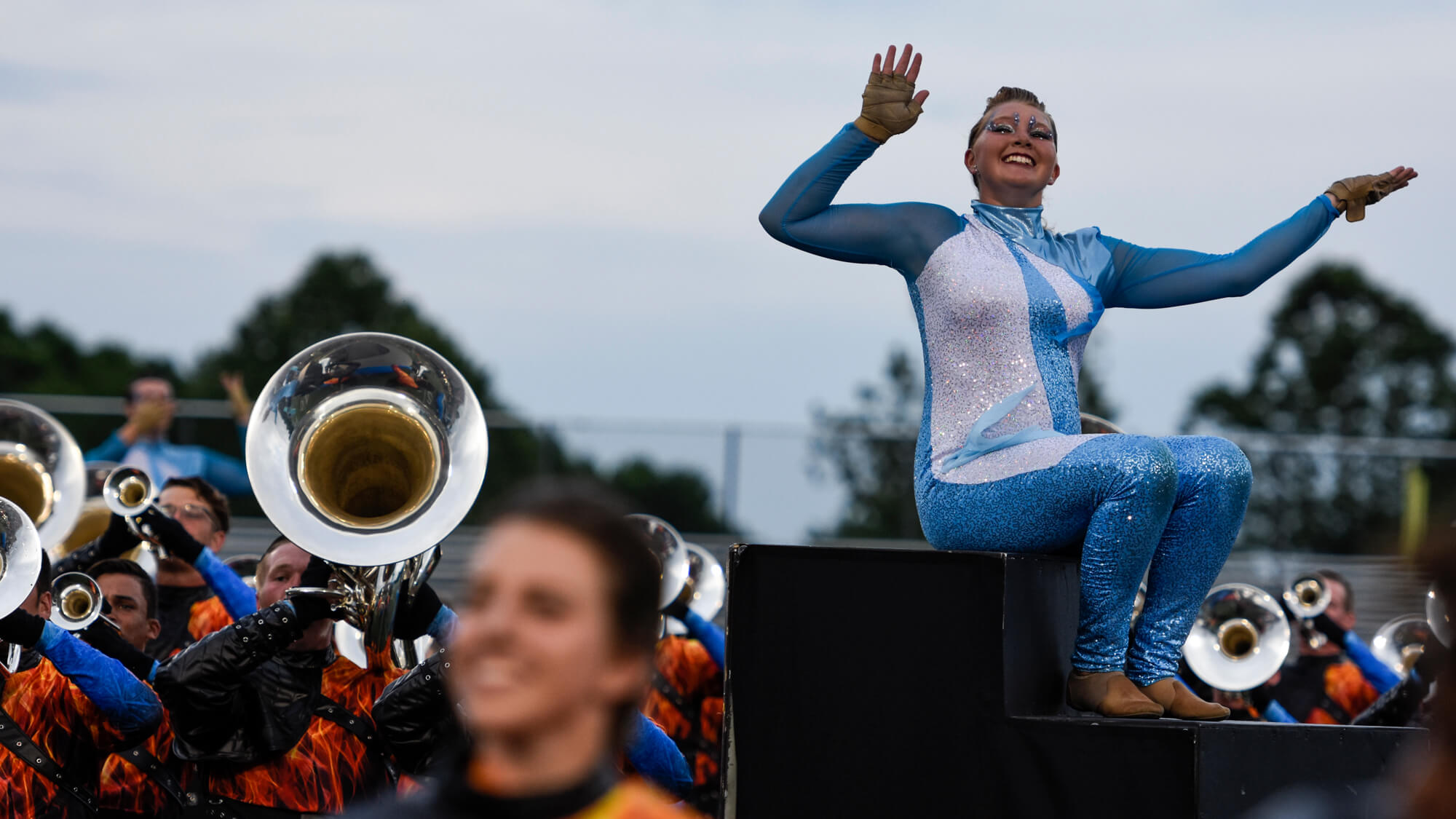 After finishing just behind Madison Scouts Friday night in Madison, Colts (5th, 64.450) jumped back ahead of the men from Madison (6th, 62.400). The Dubuque, Iowa corps topped the Scouts in all captions.

“We’ve definitely been improving constantly as we rehearse every day,” Colts drum major Elijah Elmshauzer said. “We’ve made a few tweaks and locked in a few more timing things that we’ve had issues with before. We’re making small modifications here and there. Our show keeps developing every day.”

Madison Scouts are debuted their brand new uniforms, equipped with detailed military-inspired cream-colored jackets for the very first time at Sunday’s event. The corps’ output in Zionsville is more than two points ahead of where it scored this same date a year ago.

“The guys have been really incredibly consistent this past week,” drum major Nathan Czeck said. “They’re not letting scores, or shows, or show days affect them. They’re doing a really, really great job, I’m proud of the guys.”

The six DCI corps from Sunday’s event will be splitting in two different directions heading into the first full week of the season. Carolina Crown, Blue Stars and Crossmen will head to Evansville, Indiana (June 24) while Madison Scouts, The Cadets and Colts will travel to Hamilton, Ohio (June 25).