Kevin Smith, executive director of the Carolina Crown, was named the Division I Director of the Year during the 2007 World Championships in Pasadena, Calif. 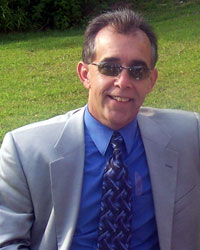 Kevin Smith
Officially known as the Dr. Baggs Leadership Award, named after DCI Hall of Fame member Dr. Bernard Baggs, this award is given annually and is determined by the votes of all the Division I directors. This is Smith's second time to win a Director of the Year award; he was last recognized in 1993, when Carolina Crown was a Division II corps. Smith attributes the growing success of Carolina Crown over the past few years to the corps' organizational and instructional personnel. "We have a great design team, a great faculty, great volunteer crew, more and more people joining the ranks, and that's all it comes down to, building that team," said Smith. "I definitely accept this award this time on behalf of the team, because it's not anything close to a one-man show by any means." David Glasgow, executive director of the Bluecoats and last year's Director of the Year, credited Crown's success to Smith's dedication to the group. "I think Kevin is just awesome," said Glasgow. "I think he's just done such a great job building such a fine, fine music education organization." Smith says the corps plans to continue on the path that has made them successful. "It's hard to say we're going to do anything bigger or better," he explains. "We already have 600+ people come and audition for the corps every year. We just keep trying to tweak the experience and make it a little better on all fronts every year."