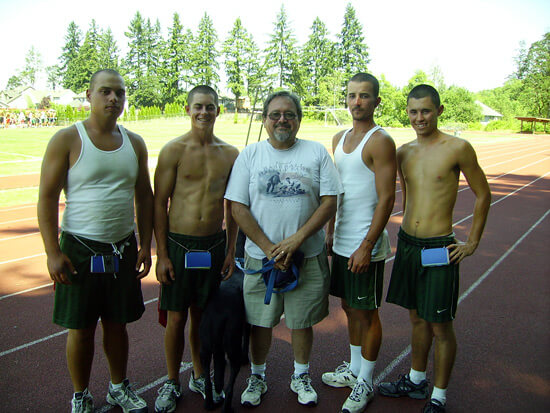 That's me Jim Amador, the old guy, with the 2009 Santa Clara Vanguard cymbal line. I was one of the two original SCV cymbal players marching as a member of the corps in 1967, 1968 and 1970. While in Hillsboro, Ore., I got a chance to meet and talk with the current players. We were able to share some of the traditions of the SCV cymbal players that go back to the beginning. They're a great bunch of guys who carry on the legacy.