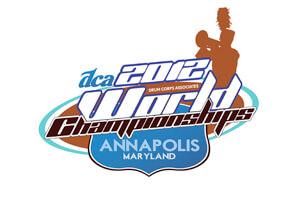 Drum corps fans: It's time to gear up for the 2012 Drum Corps Associates World Championships! Coming to Annapolis, Md. Aug. 30 to Sept 2, this ultra-exciting series of events will feature the finest all-age drum and bugle corps.

A city steeped in tradition as home to the U.S. Naval Academy, Annapolis' Navy-Marine Corps Memorial Stadium will play host to competitive events as more than 20 corps get set to square off over Labor Day Weekend.

Great seats are still available, and for those not able to make it Annapolis, select Championship events will be covered live on the DCA Fan Network powered by Drum Corps International.

DCA at the Dock

Free admission at the stadium complex

Field performance by many alumni corps

Watch it Live on the DCA Fan Network

For those who can't make it out to Annapolis, Drum Corps International will once again power live webcasts of select DCA Championship events on the DCA Fan Network. A $69.95 season-long subscription will give you access to Video On Demand as well as the live webcasts of I&E and Mini Corps competitions, the 2012 Preliminary competition and the Alumni Spectacular. Pay-per-view options for all of those events also are available.