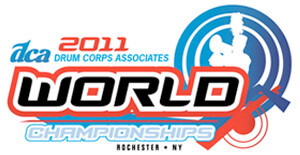 Twenty-one corps in two classes are scheduled to compete over two days at Rochester Rhinos Stadium, home to the U.S. Soccer Federation's team of the same name.

The 2010 World Championship was won by the Reading Buccaneers. The sixth in a row for the Pennsylvania corps, set a new record for a DCA group with a total of 10 titles in the corps' history. Northern New Jersey's Fusion Core won in the A Class last September, and both corps will be in attendance this coming weekend to defend their titles.

New this year for fans who are unable to attend in Rochester, the preliminary competition on Saturday, Sept. 3 will be webcast live via the brand new DCA Fan Network.

Access to this event is available with a $19.95 pay-per-view account. Competition will kick off at 2 p.m. ET.

Learn more about the DCA Fan Network and register to watch today.

Get Your Tickets to the 2012 DCA World Championships in Annapolis

Another highlight of the upcoming DCA Championship Weekend will be the ability for drum corps fans to purchase advance tickets to the 2012 DCA World Championships at Navy-Marine Corps Memorial Stadium in Annapolis, Md.

Representatives will be on hand this weekend Saturday, Sept. 3 and Sunday, Sept. 4 in Rochester to take orders and assist fans with seat selection to ensure that the early birds will in fact get the very best seats when the event rolls into its new home next year.

For those not in attendance, online ordering for 2012 World Championship tickets will begin on Tuesday, Sept. 6 at 9 a.m. ET through the Drum Corps Associates website.