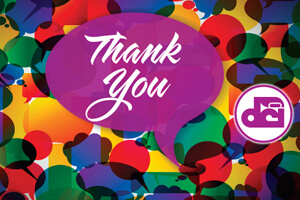 Thanks to the enthusiastic support of a loyal legion of drum corps fans on Facebook, Drum Corps International has been awarded $125,000 in unrestricted grant funding from J.P. Morgan Chase through its "Chase Community Giving" campaign.

DCI finished the contest in 10th place overall with 11,145 votes from a finalist field of 100 charities.

The popular contest enabled nonprofit organizations from throughout the country to share their missions and proposed vision for a programmatic "Big Idea," while garnering votes for the respective groups in a Facebook-based application.

"We are humbled and greatly appreciative of the support we've received from members of the music education community, as well as avid drum corps fans, current and former participants and many others who voted for us in this contest," said DCI Executive Director Dan Acheson. "More than 11,000 people took the time to cast votes on our behalf in the second round of this competition, and we're very grateful for this tremendous outpouring of support."

The campaign marked the third time Chase has sponsored this grant program. Earlier contests were open to a broader number of non-profit groups, while this edition focused on those with annual expenses ranging from $1 million to $10 million.

In the latest 2011 Spring edition, DCI member corps Blue Devils, Glassmen and Santa Clara Vanguard were also included among the second round winners, receiving prizes of $45,000 respectively. The Cadets (through their parent organization Youth Education in the Arts), topped out at $225,000 for their fourth-place finish overall.

Strategic partners MENC: The National Association for Music Education along with Music For All and WGI Sport of the Arts each received first round awards of $25,000 for finishing within the top 100 vote-getters.

Since January of 2010, total donations to DCI and its affiliates as part of the Chase program have reached an incredible $820,000.