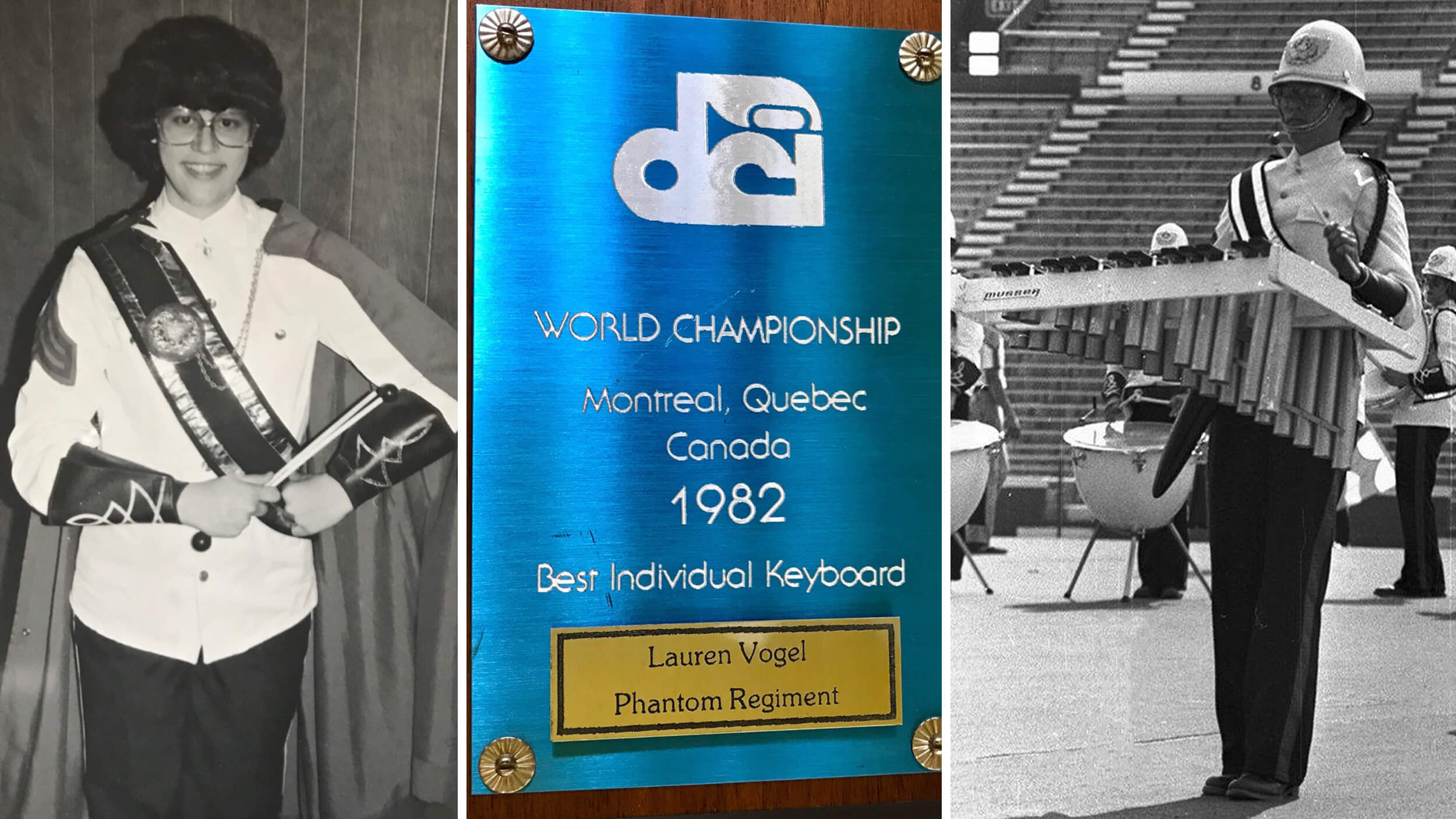 Lauren Vogel Weiss with Phantom Regiment in the 1980s. 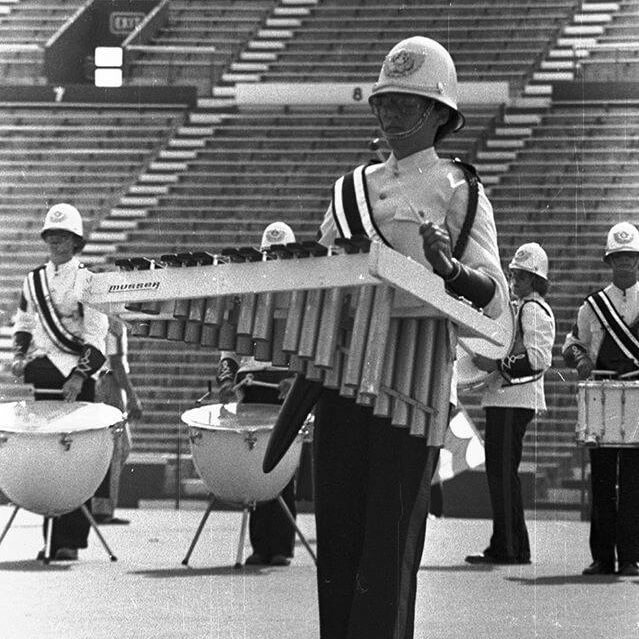 Front ensemble sections today feature multiple full-size concert keyboard percussion instruments, including five-octave marimbas and four-octave vibraphones. But four decades ago, the “keyboard section” of most drum and bugle corps consisted of a set — one each — of marching bells, xylophone, marimba, and battery-operated ‘motorized’ vibraphone.

“When I joined the Phantom Regiment 40 years ago, the percussion section was quite different than it is now,” explains Lauren Vogel Weiss, who won “Best Individual Keyboard” at the Drum Corps International Individual & Ensemble competition (I&E) in 1982. “There was not much solo repertoire you could play on a two-octave marching marimba!”

In fact, her first entry at I&E in 1980 was a ragtime piece on xylophone, “Cross Corners” by George Hamilton Green. “I give [DCI Hall of Fame member] Marty Hurley credit for encouraging me to compete that year so I would gain experience for future competitions,” she said.

Although she placed 10th at I&E that year, Vogel Weiss, playing marimba, was also a member of Phantom Regiment’s winning percussion ensemble, along with fellow marching keyboard players Gregg Gilboe on bells, Chris Arrowood on xylophone, and Jim Tucker on vibes. They performed keyboard instructor Bill Woods’ arrangement of J.S. Bach’s “Concerto in A minor.” Arrowood also won the keyboard category in 1980. 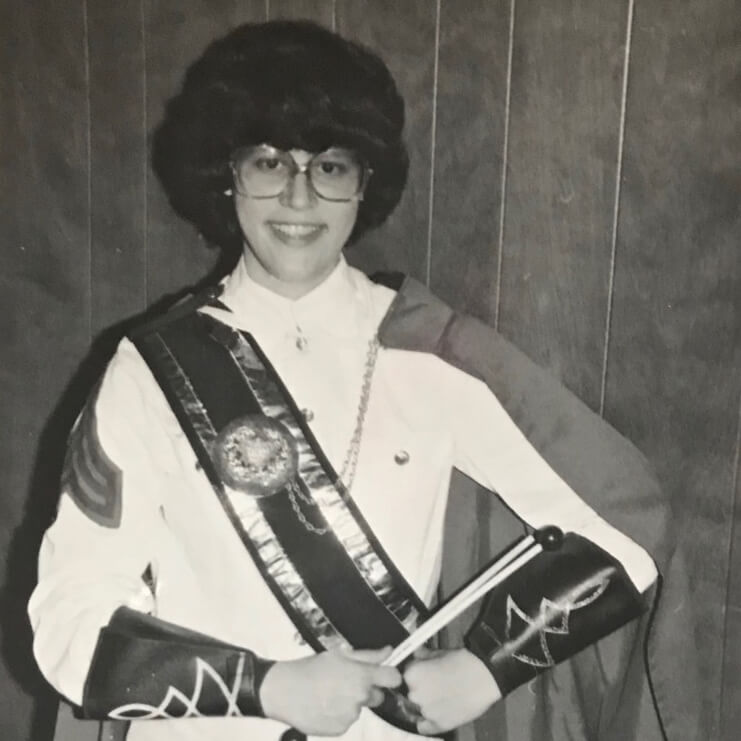 “DCI’s rules stated that you could play on any instrument that had been used in the show for the I&E competition,” Vogel Weiss remembers. “Although the Regiment used only marching keyboards in 1982, we put a concert marimba on the field earlier that summer – I think it was at a show in Iowa – so I could use one for I&E.

“When we got to Montreal,” she continues, “I rented a four-and-a-third octave concert rosewood marimba from Guy LaChapelle at Percussion Plus. Since I hadn’t played on the instrument for several weeks, I spent our ‘free day’ at the housing site, practicing for hours on end. I also got up an hour before the corps every morning so I could squeeze in some extra solo practice time during finals week. Even the cooking staff helped me out by bringing lunch to me so I could practice during our midday break!”

Her dedication paid off when Vogel won “Best Individual Keyboard” at the 1982 competition, making her the first keyboard champion to play on a full-size concert instrument. She performed excerpts from “My Lady White” by David Maslanka, a three-movement marimba solo written especially for Vogel Weiss that she premiered during her sophomore recital at Southern Methodist University in Dallas in 1981.

“I still remember seeing my name and picture on the giant scoreboard in Montreal’s Olympic Stadium during the awards ceremony,” Vogel Weiss recalls. “And I believe I was one of the first, if not the first, female to win a percussion individual honor at DCI. The only other Phantom Regiment I&E winner in 1982 was Tim Hinton — that was the year he scored a perfect 100 on his French horn solo!”

“Believe it or not, I still have copies of my scoresheets from I&E,” Vogel Weiss said. Her judges were John Blair and Joe Allison. “Joe gave me 29 out of 30 points for general effect and wrote, ‘Wonderful job… lovely piece!!’ ” 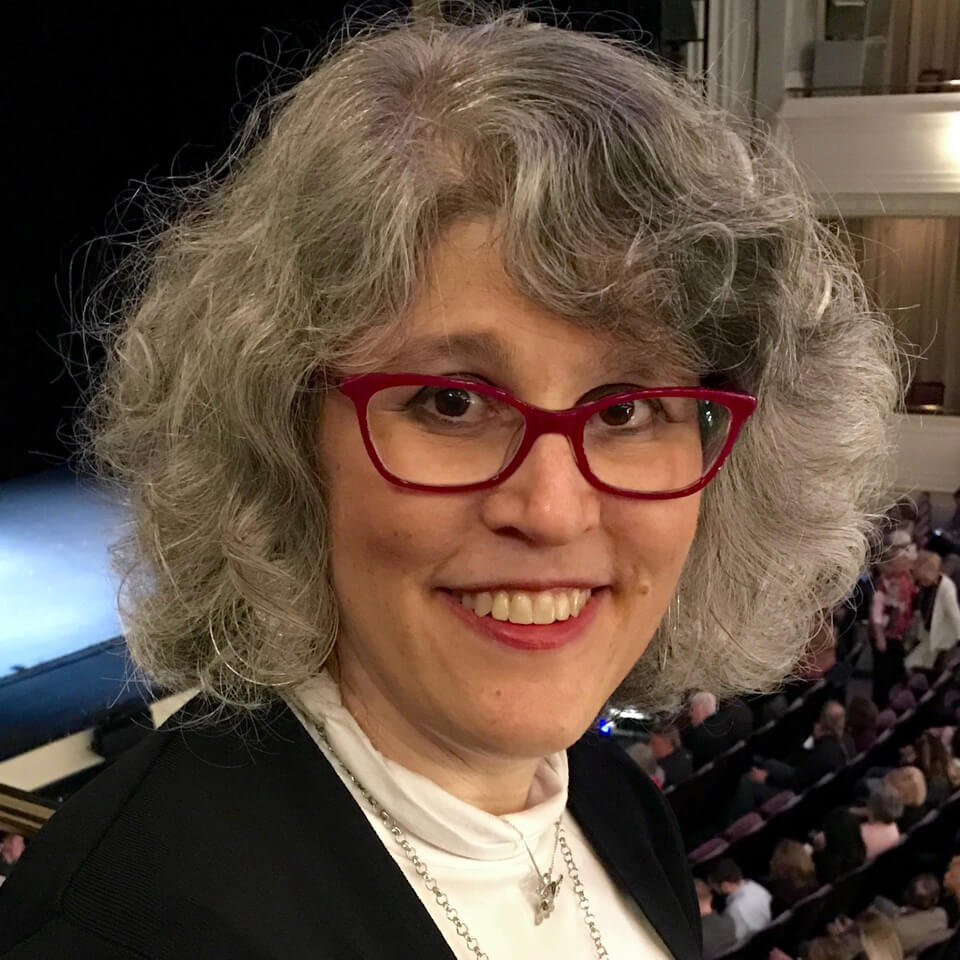 Vogel Weiss continued her career in percussion, performing as a freelance percussionist in North Texas for the past four decades and playing with both the Dallas and Fort Worth Symphony Orchestras as an extra musician. “Two of my favorite concerts were playing with the DSO for the opening of the Meyerson Symphony Center in 1989 – we played Mahler’s ‘Symphony No. 2’ – and with the FWSO at the opening of Bass Performance Hall in 1998, when we played ‘Carmina Burana’ by Carl Orff.” Both of those performances were recorded by the orchestras.

Lauren and her father, Harvey Vogel, founded Lone Star Percussion in 1978, and she worked in the family business until 1990. She currently schedules educational clinics and concerts for the Percussion Events Registry Company.

Vogel Weiss is a longtime member of the Percussive Arts Society, having attended every PASIC (Percussive Arts Society International Convention) since 1978. She served as Texas PAS Chapter President for almost two decades (1984-87 and 1991-2007), winning the Outstanding Chapter President Award twice (1992 and 2002). She also served the society as a member of its board of directors (1984-1985 and 1994-1995) and chair of the PAS Marching Percussion Committee (1994-1997). In 2017, she received the Outstanding PAS Supporter Award and is currently on the PAS Board of Advisors.

“One of my favorite articles to write every year is about the DCI Championships,” explains Lauren. Her annual coverage appears in "Modern Drummer" magazine and PAS’ "Rhythm!Scene" newsletter. “I especially like reporting on the I&E competition, now known as the Performers Showcase — getting to know the students, where they are going to school, what subjects they are majoring in, and so on. The playing level of all the competitors is so much more advanced than it was when I marched. It is amazing to see how much percussion technique has progressed, as well as the creativity of the performers.”

Vogel Weiss looks forward to once again covering the DCI Performers Showcase in 2020 albeit virtually.