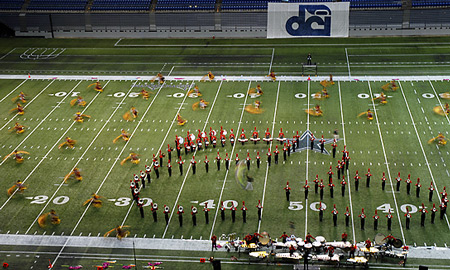 The Colts perform in the San Antonio Alamodome on July 21.
Upcoming EnCorps! Videos will also be offered from the 2007 DCI World Championship Semifinals (Aug. 10) from Rose Bowl Stadium in Pasadena, Calif. You'll be able to enjoy individual corps performances over and over again from this event and others already posted from this season, all from the convenience of your computer. Purchase a Fan Network Platinum Membership for only $89. Already a Platinum Member?