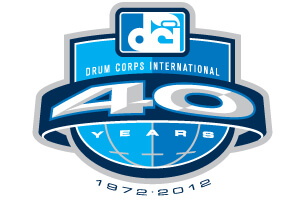 With an estimated quarter-million living alumni representing the more than 400 corps who've taken part in previous World Championships events, there have been countless organizations and individuals who have had a long-lasting influence on Drum Corps International's 40-year history.

This latest edition of DCI.org's DCI@40 series, conjures up fond memories of some of the legendary drum corps and drum corps personalities who have helped to shape the future of Marching Music's Major League?„?.

Re-connect and re-unite at the 2012 DCI World Championships in Indianapolis! Marching Music's Major League will host the Grand Reunion this August as part of the World Championship Semifinals and Finals at Lucas Oil Stadium.

If you've ever performed, judged, volunteered or have been a part of the drum corps experience in any way, we invite you to join us for this gigantic celebration that's been 40 years in the making!