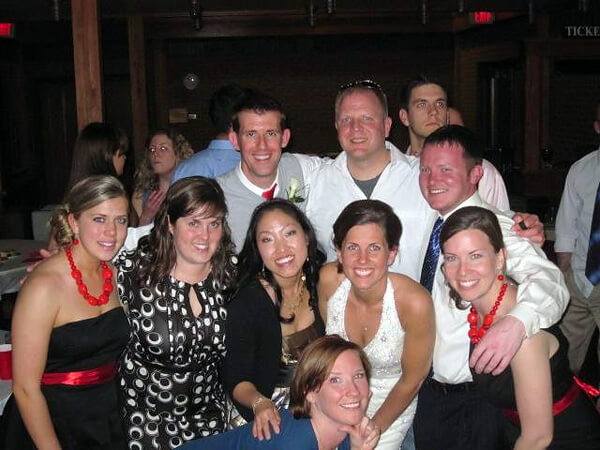 I got married April 17, 2010 in Urbandale, Iowa, and we had a great drum corps reunion. Colts, Pioneer, Santa Clara Vanguard, Blue Devils, Star of Indiana, and Phantom Regiment alumni all present. It was awesome being with drum corps friends again. My matron of honor was my sister whom I marched with for four summers. I shared the field with Kayla, another bridesmaid, for four summers as well. Although my husband never marched drum corps, he has learned to like it … that would have been a deal breaker if he didn't. :)