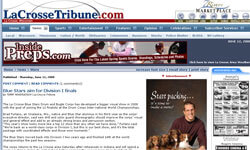 Blue Stars aim for World Championship Finals The Blue Stars are aiming to make a run for the World Championship Finals this season for the first time in more than 20 years. The La Crosse Tribune reported on the corps' 2008 production, "Le Tour: Every Second Counts," and on the corps' dress rehearsal performance scheduled for Wednesday, June 18. Get all the details at LaCrosseTribune.com. 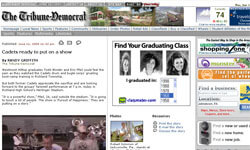 Cadets ready to put on a show The Johnstown, Pa., Tribune-Democrat interviewed local alumni of the Cadets as the corps neared the end of its pre-season rehearsals at Richland High School in Richland Township. The Cadets will take the field tonight in a farewell performance for the community as they present their 2008 production "…and the pursuit of happiness." Read more at Tribune-Democrat.com 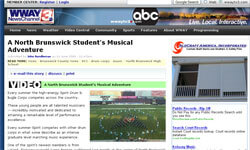 A North Brunswick student's musical adventure WWAY News Channel 3 of Wilmington, N.C., relayed the story of 16-year-old Aaron Benton who truly found a life-changing experience in a drum corps. He is marching this summer as a member of Spirit. Watch a video clip at WWAYTV3.com 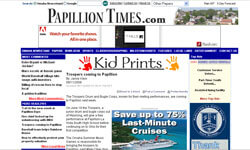 Troopers coming to Papillion Drum corps fans in Papillion, Neb., will have the chance to enjoy a free performance by the Troopers as the corps makes its way to Ohio on the Drum Corps International Summer Tour. Fans can see the Troopers at Papillion-La Vista South High School next Wednesday, June 18. Read about it on PapillionTimes.com