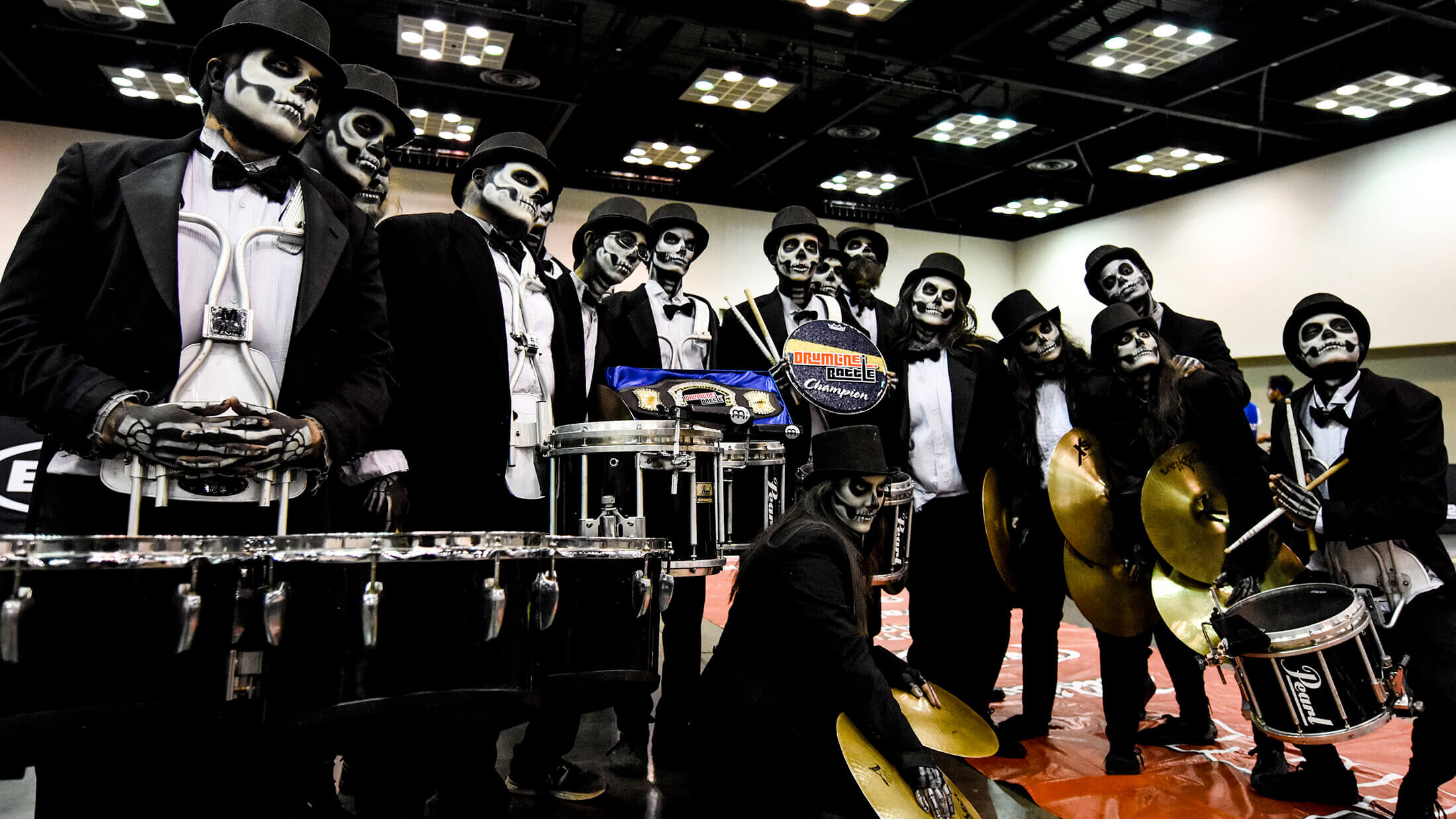 The two-time defending PASIC DrumLine Battle champion, Cutting Edge Corps, is set to return once again. Known for its zombie-themed theatrics, Cutting Edge is an independent group that entertains crowds at the world's largest haunted house in Fort Worth.

Other DrumLine Battle competitors will include a pair of high school groups —  Clermont Northeastern of Batavia, Ohio, and Owen Valley High School from Spencer, Indiana.

A pair of collegiate drum lines from the Hoosier State, Indiana University and Marian University, will also take part in the event, which is scheduled for 11 a.m. on Friday, November 15 at the Indiana Convention Center.

The FREE Players are no stranger to the DrumLine Battle stage, having competed as part of the Indianapolis event that took place at the SoundSport International Music and Food Festival during the 2018 DCI World Championships.

“We’re coming really hard for DrumLine Battle,” director Brian Calhoun said. “Our PASIC production is going to be called ‘Viper Flam.’ It’s kind of a play off of 'Karate Kid.'”

For the FREE Players — the world’s first differently-abled drum corps — the upcoming trip to Indianapolis marks yet another opportunity to showcase the corps’ talents on a new platform.

“This is something really exciting that we’ve been working on all year and prepping for,” Calhoun said.