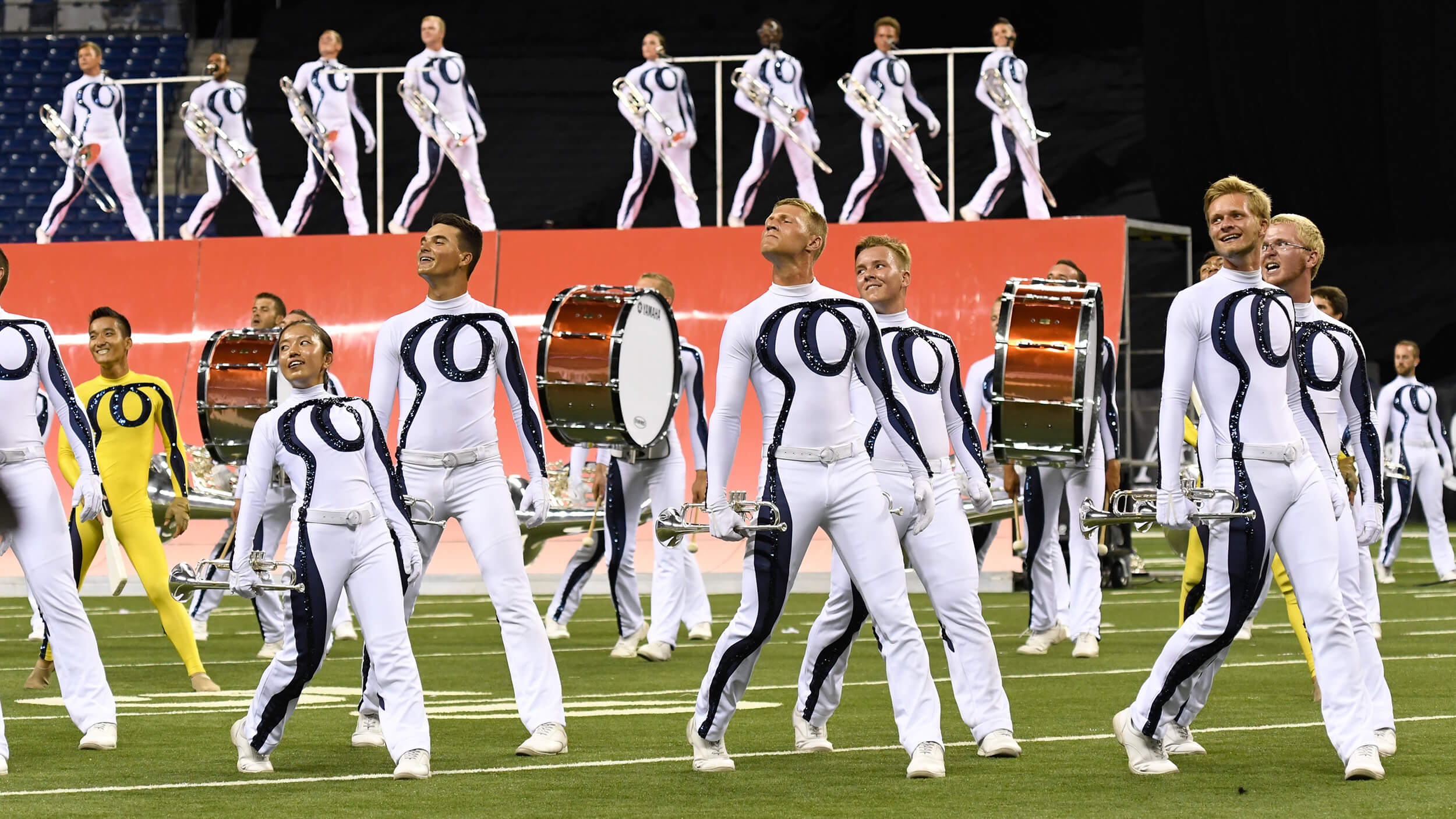 Through the decade starting in 2010, five different corps have walked away with the Donald Angelica Best Overall General Effect Award, which is based on the average of the four general effect judges during the three nights of the DCI World Championships. 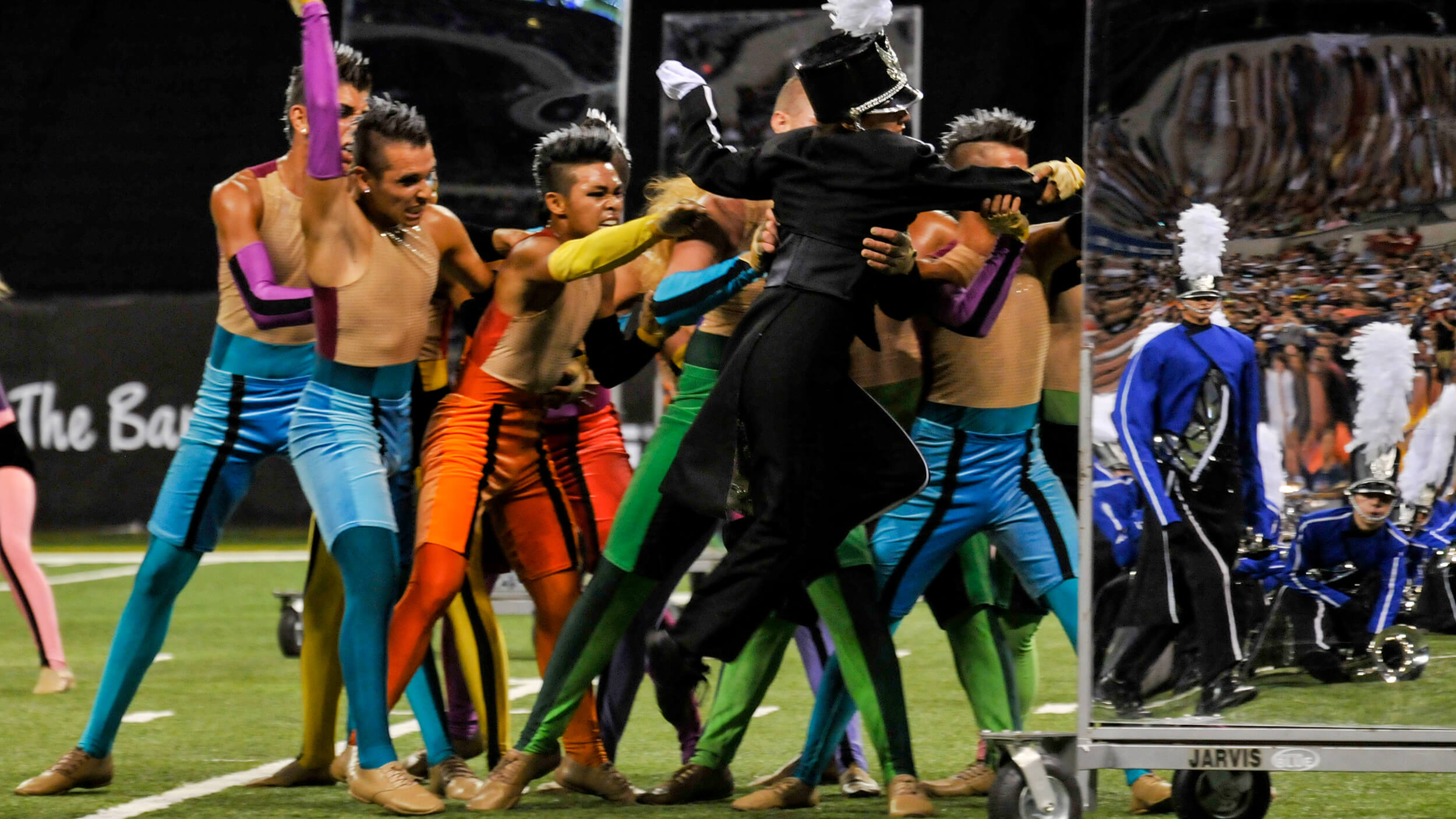 One general effect judge gave Blue Devils a perfect score to complement a 19.5 and two 19.0s from the other three judges on Finals night, helping to keep the California corps well above The Cavaliers, who took second in the caption four tenths behind. Part of the visceral experience that made “Through a Glass, Darkly” so general effect-worthy was the set of mirrors that were strategically moved about the field, often creating apparitions of flags and performers. 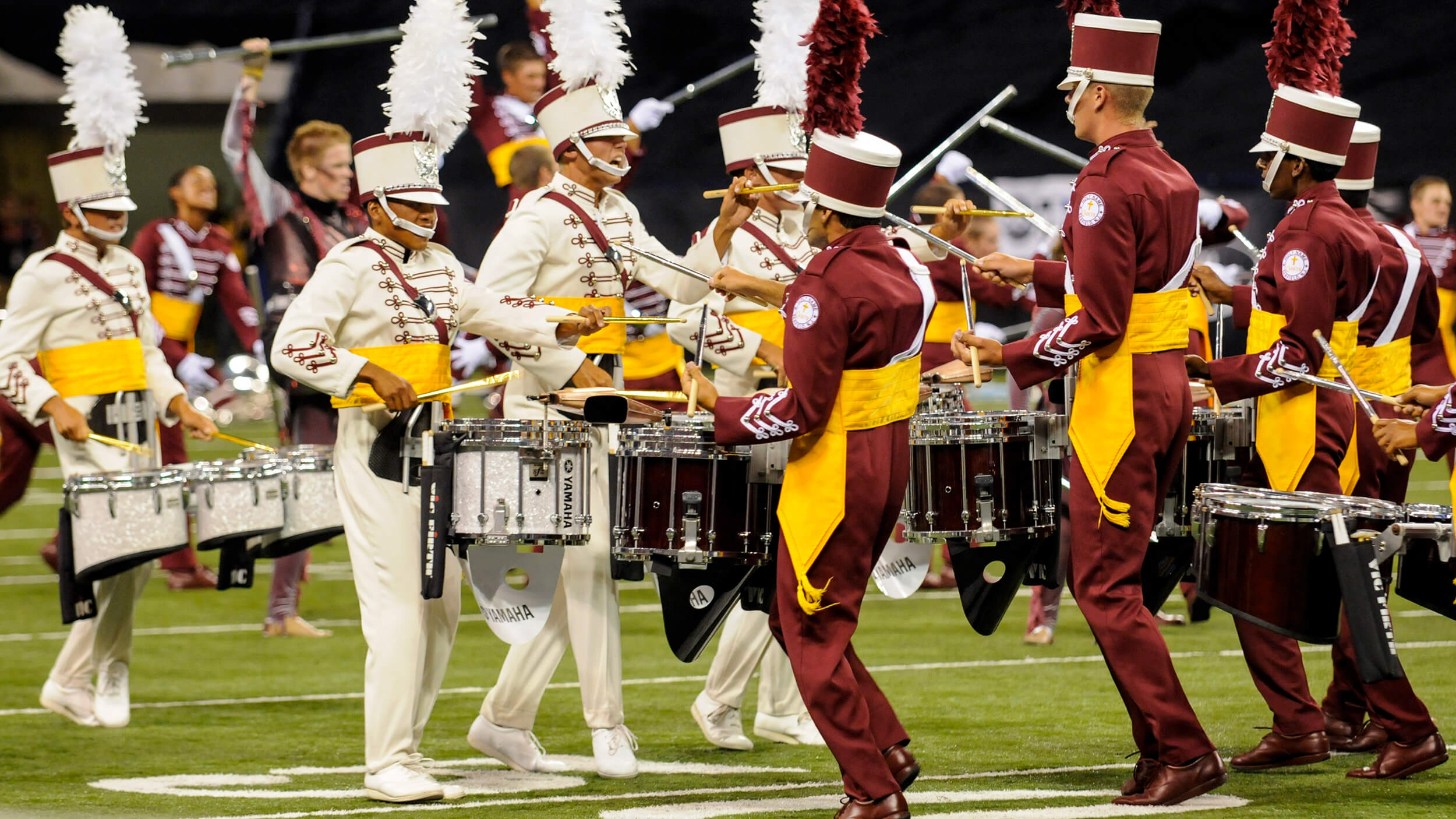 With a classic good versus evil storyline, The Cadets took general effect with first-place finishes in both effect sub-captions (in 2010, a distinction was still made between visual and music general effect on the scoresheets). Just a half a point ahead of the Blue Devils in the caption in Prelims, the east coast corps increased its margin to 0.75 points by Finals night.

Watch The Cadets' "Angels and Demons" 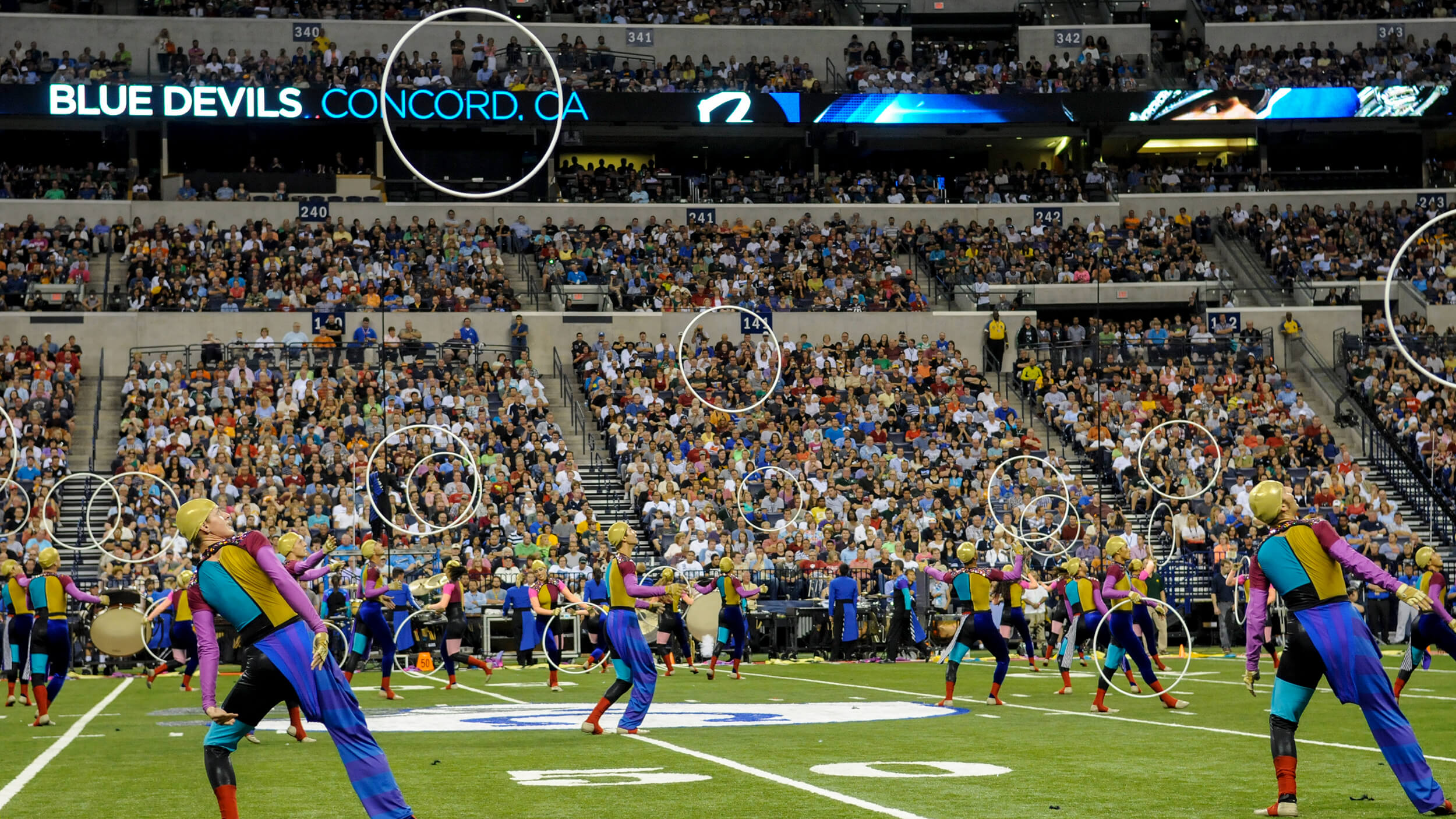 The World Champion Blue Devils received perfect scores from both visual effect judges, beating Carolina Crown by 0.45 points in that caption on Finals night and more than making up for a 0.15 deficit to Crown in music effect. The corps’ visual effect scores reflected the stunning creative success of the continuously-evolving surreal dreamscape of “Cabaret Voltaire.” 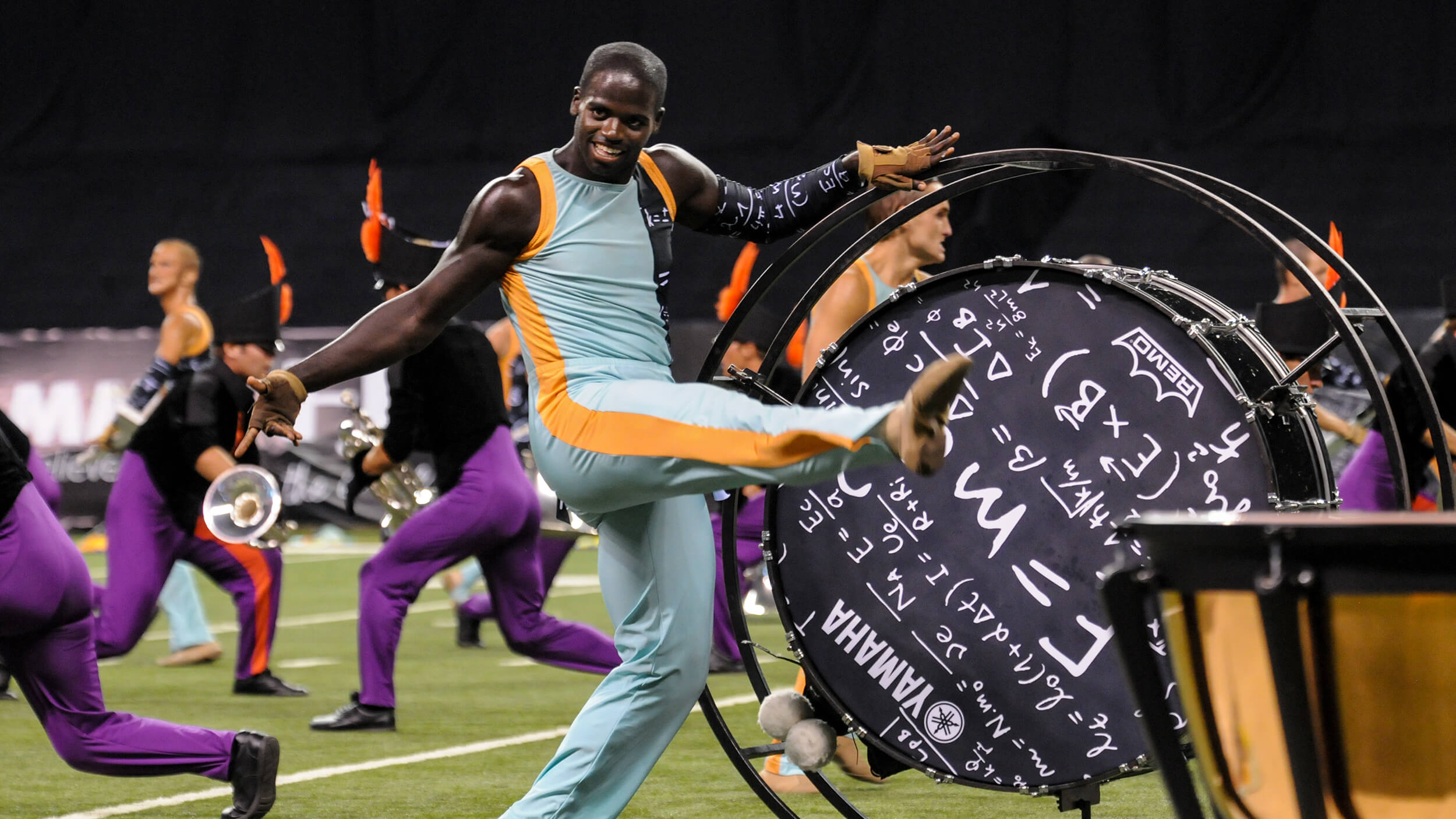 The combination of a thermonuclear horn line, tongue-twisting vocalizations, and breakneck visuals coalesced into a euphoric mélange of sights and sounds that seemed fresh no matter how many times one experienced this Carolina Crown production. The North Carolina corps managed to place first in music effect with a perfect score from one of the two judges on Finals night, even though they fell to second in visual effect to the Blue Devils, but not by enough to swing the overall general effect score, which helped Crown to win its first World Class World Championship title. 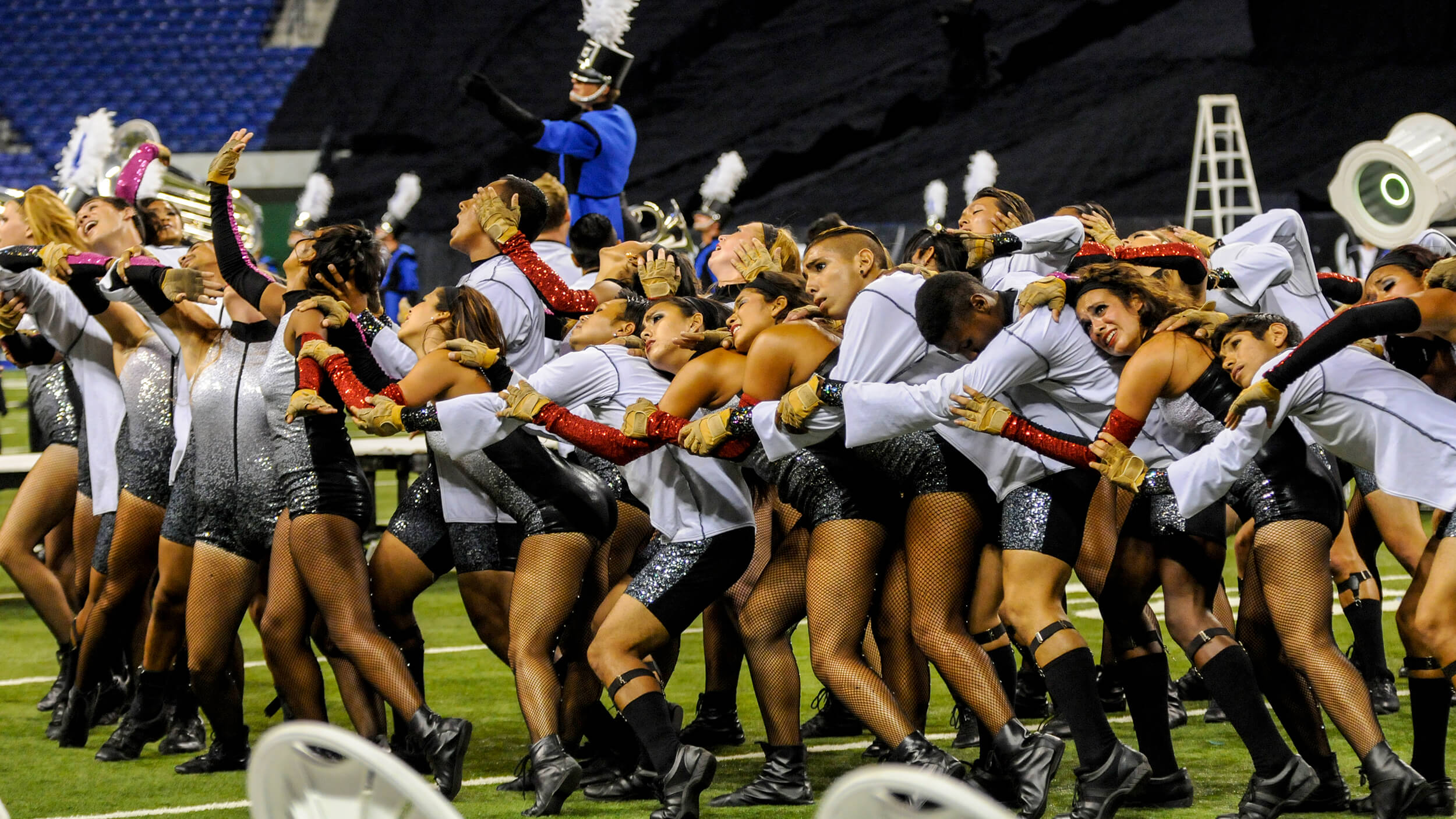 2014 marked the first year the general effect caption was no longer split into music effect and visual effect with all four judges instead taking a more holistic view of the performances. In an extremely rare feat, Blue Devils received perfect scores of 20.000 from all four general effect judges on Finals night, nearly a full point in the caption above the second-place Bluecoats. This helped the Devils complete a clean sweep of all five caption awards, while setting a record total score of 99.650. 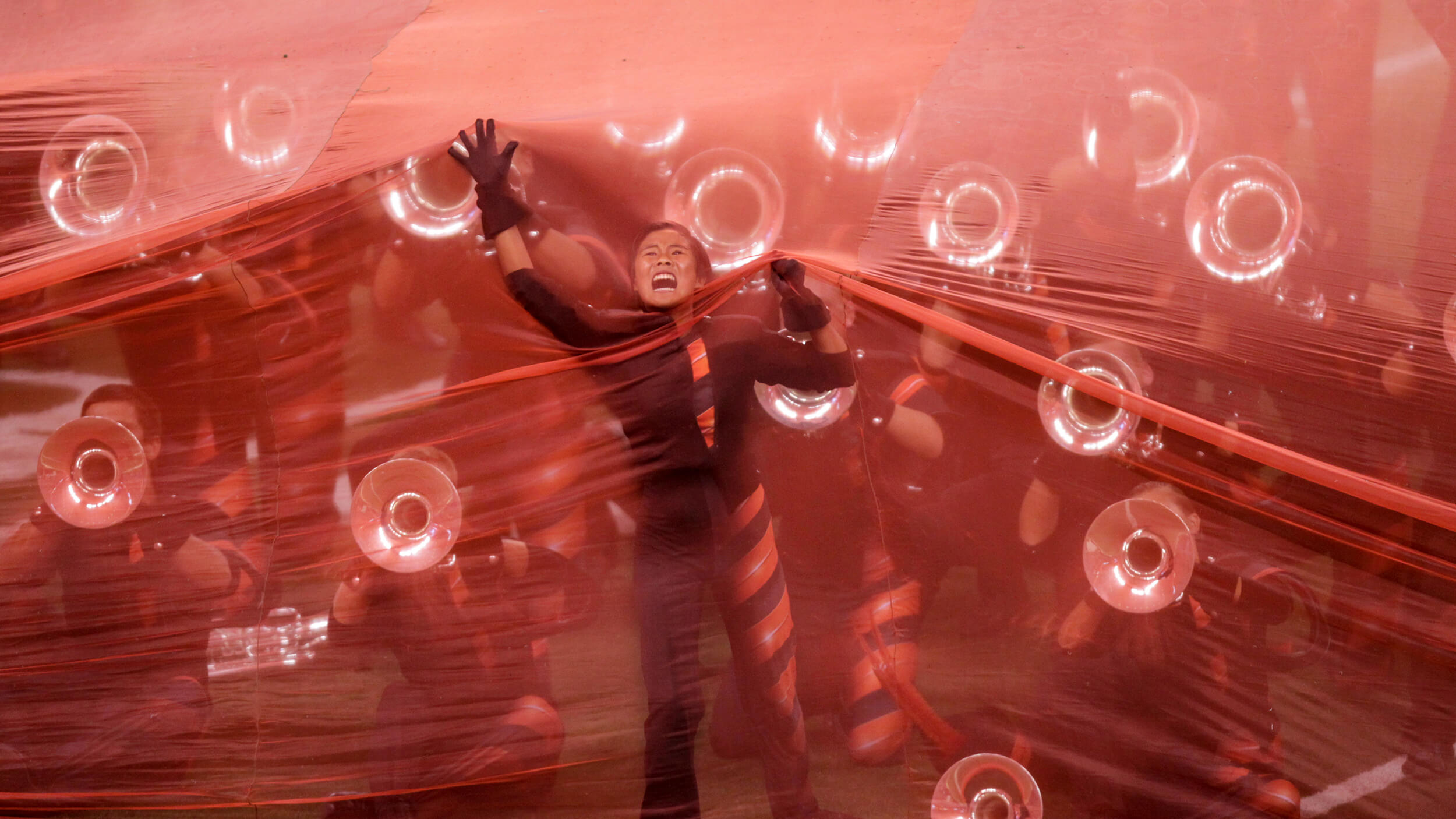 Ultimately falling to the Blue Devils by a little over a half a point in total score in Finals, Carolina Crown managed to take first place in the general effect caption all three nights at the DCI World Championships. Crown is one of just two corps this decade to take home the Angelica award in second place. Sinful in its rapturous delight, “Inferno” was full of near-hidden gems that aided the overall design of this production, such as the nine circles of Dante’s classic narrative poem represented on performers’ uniforms spiraling from their feet (closest to Hell) up to the feathers atop their hats (closest to Heaven). 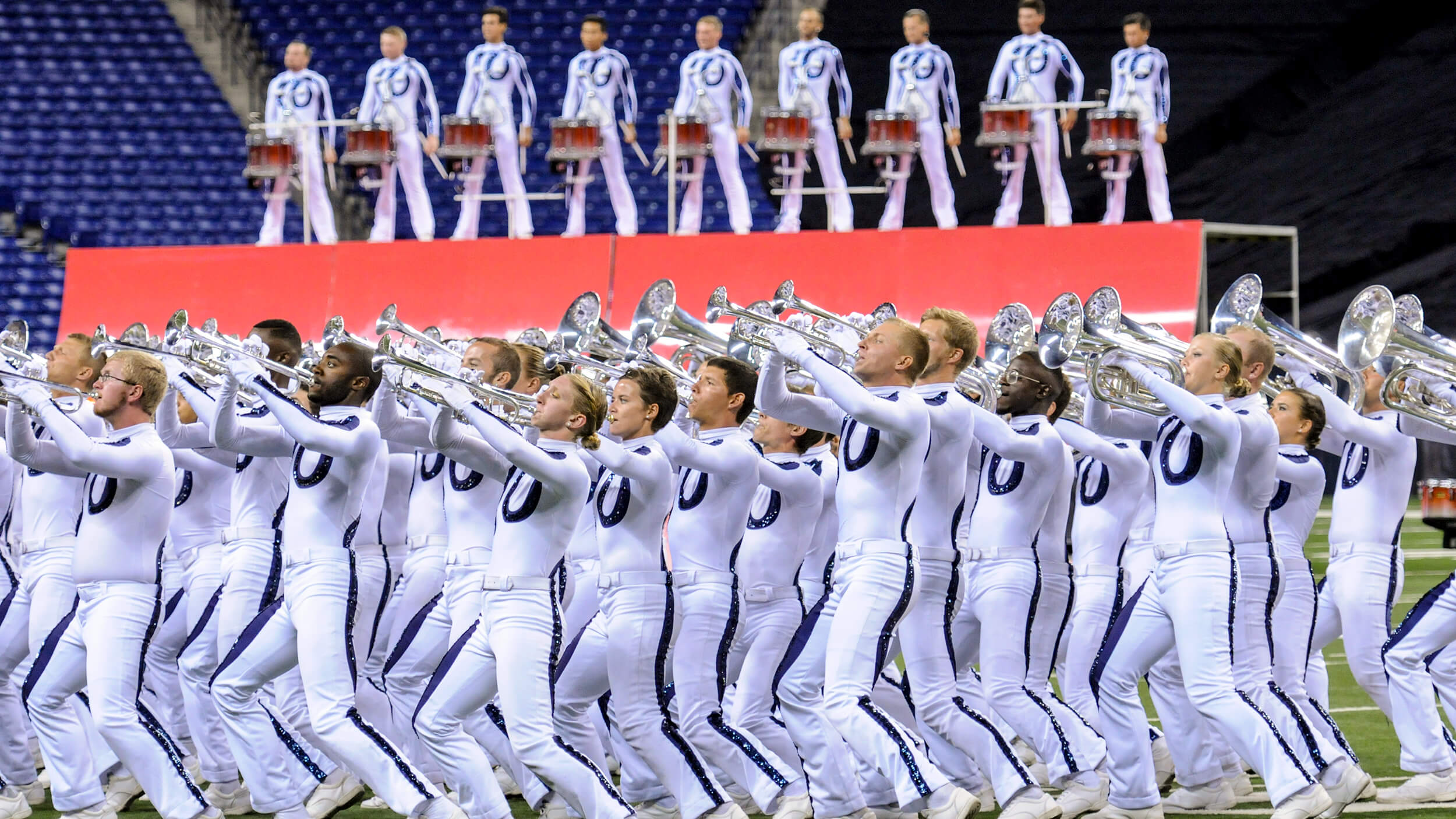 Holding serve in the caption all three nights helped the Bluecoats take home their very first DCI title, with general effect proving to be the deciding factor in who took home the 2016 World Championship trophy. While Bluecoats' overall margin of victory on Finals night was just 0.40 points, the Ohio corps managed to best the second-place Blue Devils by 0.55 points in general effect.

Watch Bluecoats' "Down Side Up" 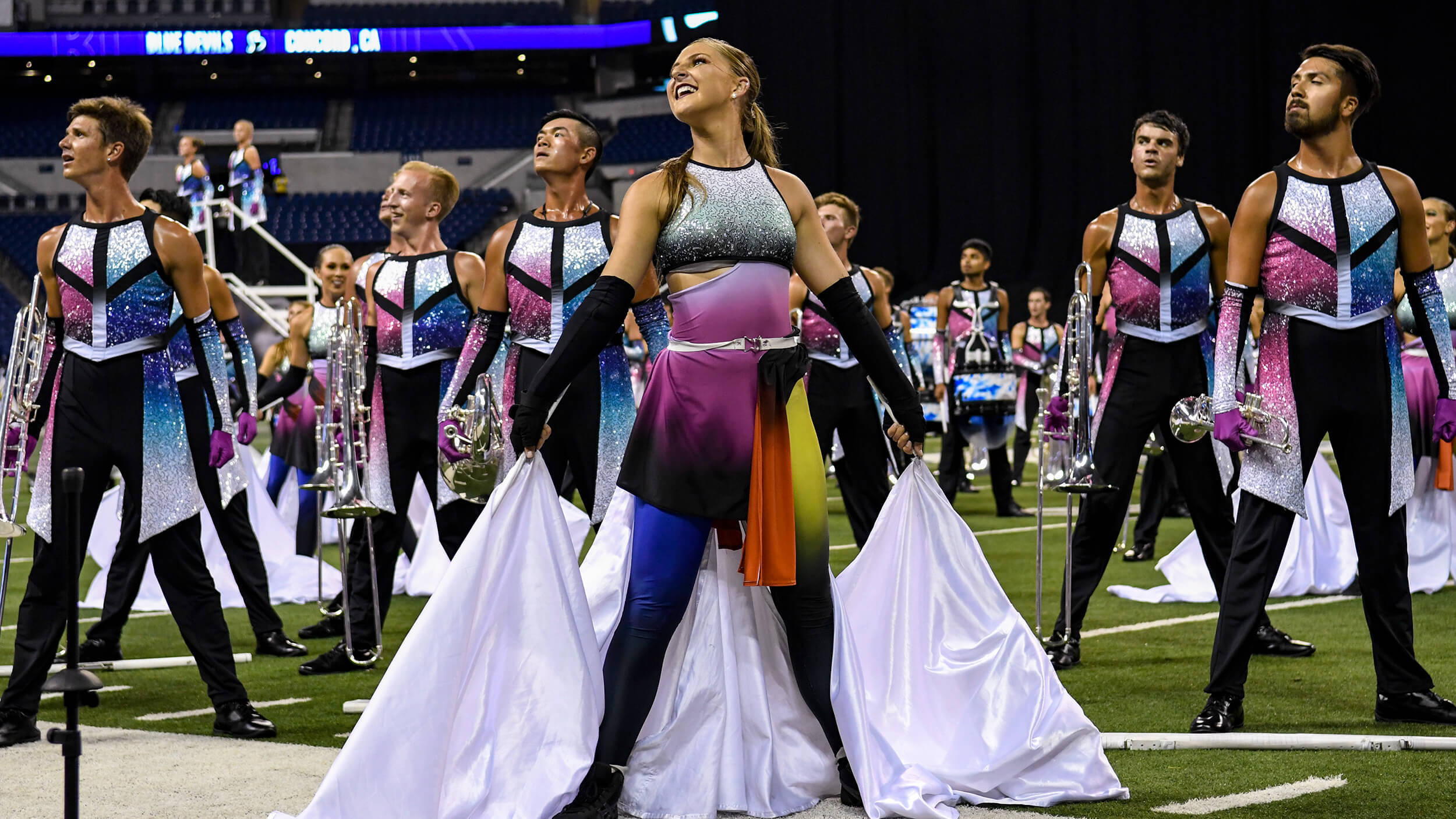 With a production that celebrated the Blue Devils’ diamond anniversary, the Concord, California corps capped off its undefeated season with first-place finishes from all four general effect judges in Finals. The Devils’ advantage over Santa Clara Vanguard of 0.55 points in the caption on the final day of the season, accounted for more than half the spread that called the title. 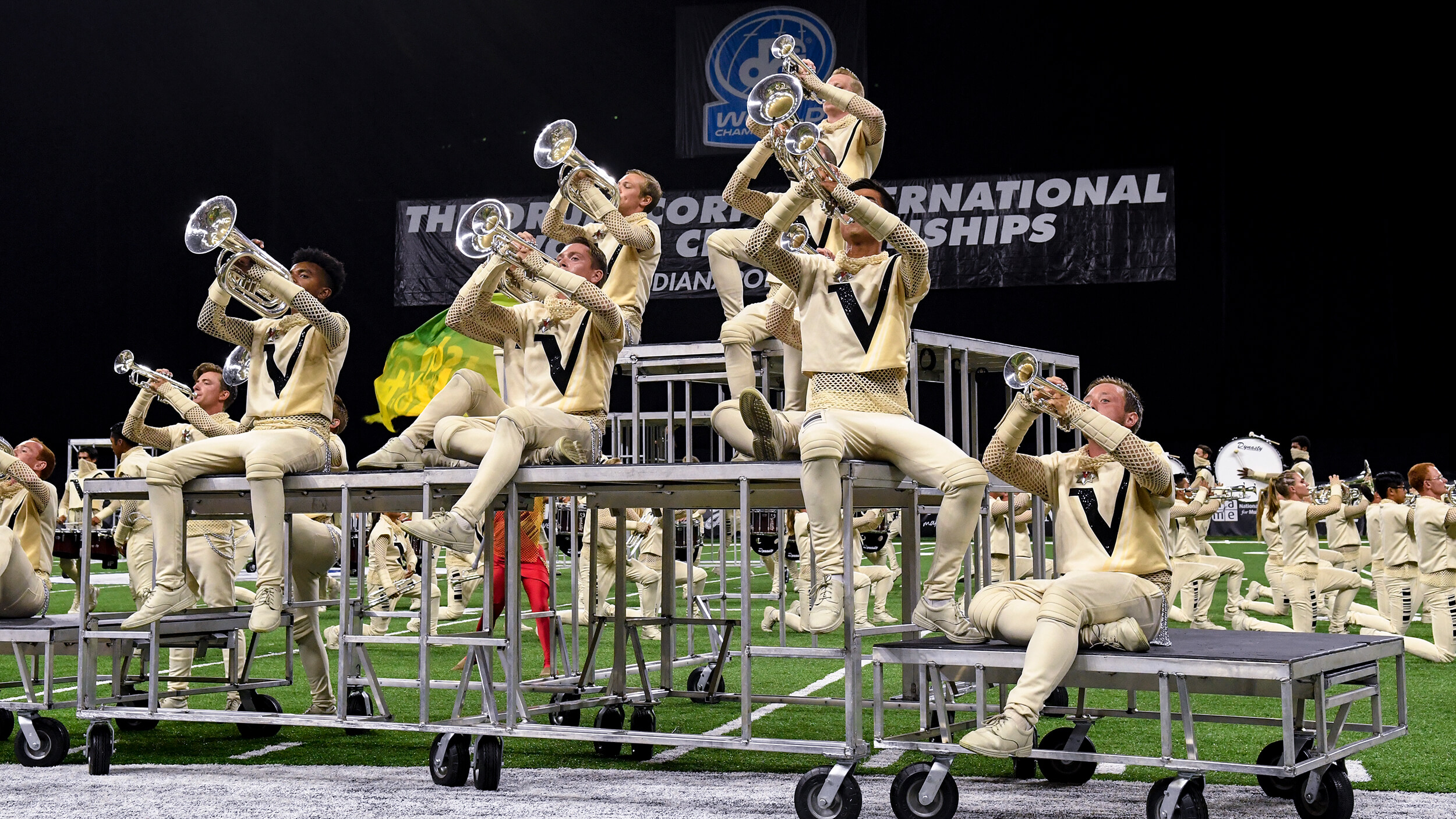 The continual and effortless mutation of moving platforms in “Babylon” created an ever-changing variety of performance podiums and captivated audiences and judges alike. Save for two early-season June events, both lost to the Blue Devils, Vanguard held an advantage in the general effect caption all season long. During the DCI World Championships in Indianapolis, the California corps stayed at least 0.375 points above its nearest competitor in the caption (Bluecoats), with that advantage as much as half a point during the Prelims competition. 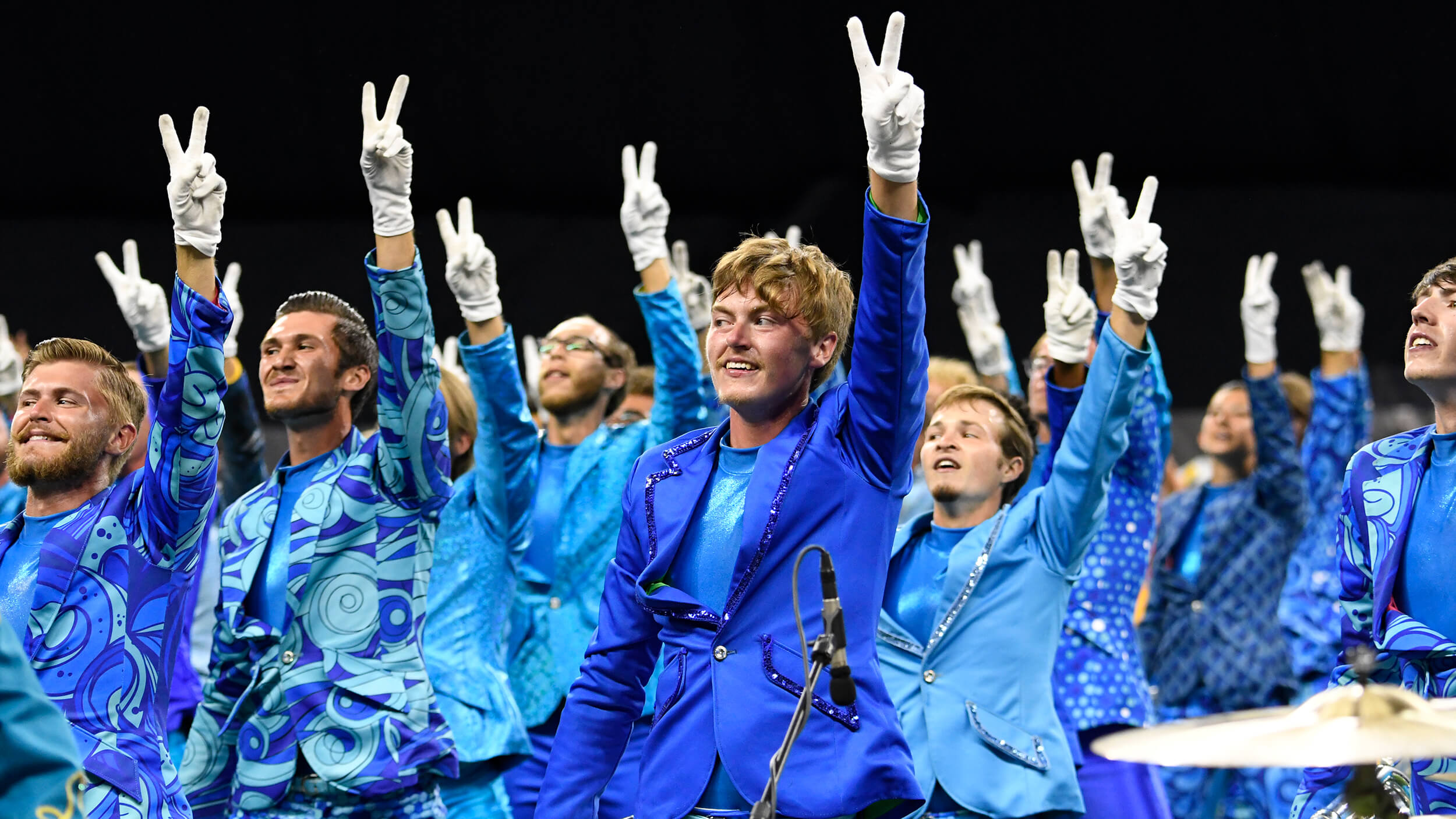 One of the slimmest margins of the decade in the caption, Bluecoats won general effect over the Blue Devils in Finals by 0.15, but fell to second overall by just 0.087 points, the second-closest World Championship finish in DCI history. Three of the four general effect judges placed the Ohio corps first in Finals, but only two did in Semifinals. However, Bluecoats swept all four judges in the caption in Prelims, setting the stage for the corps to take home its first Angelica award since 2016.

A longtime chief judge administrator for Drum Corps International, Donald Angelica was a nurturer of artistic growth within the drum corps community. Angelica’s influence on scoring system revisions — and his support of bold musical and visual design — helped to mold the drum corps activity into the paragon of marching music that it is today. Angelica passed away in 1987.