Ride along with some of the top drum corps of Marching Music's Major League! DCI's Drum Cam puts you in the performer driver's seat, bringing you closer to the action than you've ever been before.

Upping the ante in this fourth episode of the series recorded last August in Allentown, Pa., you'll get to see four camera angles that capture the Carolina Crown drum line and brass section during a full rehearsal run-through of their 2012 production, "For the Common Good."

View a playlist of Drum Cam episodes on YouTube. 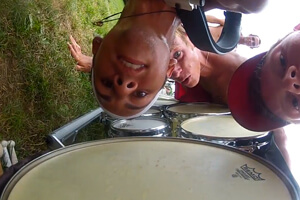