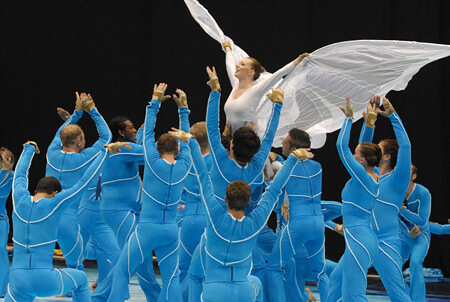 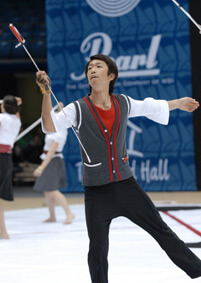 Santa Clara Vanguard
As separate entities from their summertime drum corps units, these corps' winter guards give members a way to keep up their skills during the off-season, though some who participate in the winter guard programs do not necessarily participate with the drum corps. "I began the Vanguard winter guard to create a nucleus of local members and create a stronger color guard program year round," Meikle said. About half of the 20 members who make up Santa Clara Vanguard's winter guard also perform with the organization's drum corps. Meikle says that many of the other members are recent "age-outs" of the corps, since there are no age limits for groups competing in WGI's Independent World Class. View a complete results at WGI.org.