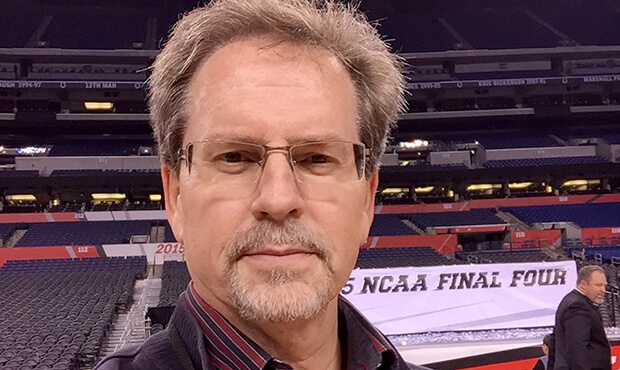 
"One Shining Moment" is one of the most time-honored traditions in all of sports, a montage of highlights that each year closes out the NCAA basketball tournament. It is a drum corps alum who put together the piece that on Monday placed an exclamation mark on several weeks of March Madness tournament action and the championship game between Duke and Wisconsin.

Tom Blair, a former member of the Cavaliers and longtime executive producer of Drum Corps International's World Championship television and movie theater broadcasts, for many years has been a part of the CBS Sports team that brings "One Shining Moment" to life. The song, penned in the 1980s and sung by the likes of Luther Vandross, Teddy Pendergrass and Jennifer Hudson, has served as the soundtrack to the video highlights package that has wrapped up the NCAA tournament every year since 1987.

"It's amazing how big it's become," Blair said. "Most people look forward to it. I do three or four local news interviews every year, and it was even a story on NPR a few years ago.

"It's an honor to bring ['One Shining Moment'] home. So many people invest so much from the players to the coaches, the schools to the fans and all the great people at CBS. To put in those last few shots, bring it home and tell the story of the tournament?”That's a big deal."

From buzzer-beaters to blowouts and heartbreak to exaltation, here's the story of the 2015 NCAA tournament that Blair helped put together:

Duke Men's Basketball walked away with the title. But many involved in NCAA March Madness had their One Shining Moment.Posted by CBS Sports on Monday, April 6, 2015

From football stadium to home theater