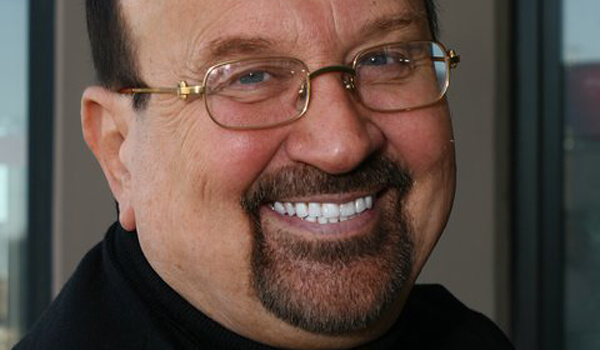 Gary Czapinski
On Dec. 13, the world of marching music lost Gary Czapinski, an influential innovator and a member of the Drum Corps International Hall of Fame's Class of 1999. He passed away at the age of 72. Czapinski, commonly known as "Chops," designed and consulted for drum corps, marching bands, winter guards, drill teams and practically every other subset of the marching arts. For decades, he served as a clinician for directors, instructors and marching members of countless ensembles. Included among his many passions was the training of new drum corps judges. Several dozen current DCI judges have learned under his tutelage, and in the early years of corps-style marching bands, he created an extensive series of "how to" training films that provided comprehensive instruction geared to marching band and color guard instructors. Czapinski started working with Santa Clara Vanguard prior to the 1970 season, collaborating on drill writing with DCI Hall of Fame member Pete Emmons, with whom he partnered in show design for the next four seasons. "Chops always thought outside the box," Emmons says. "He had a lot of clever ideas on how we could deal with the old-fashioned military squads so our work looked different and innovative. He particularly had a good design mind for colors and shapes." Out of this collaboration came Vanguard's at-the-time radical exploration of curvilinear drill formations. A few years later with the Seneca Optimists, Czapinski introduced the novel use of a parachute as a visual focus. The idea is said to have been inspired by Czapinski's walk through an elementary school one day where he saw students doing an exercise routine with a parachute coordinated to music. "Gary was a giant in the activity, especially in DCI's early days," fellow Drum Corps International visual judge Rich Kemp said. "He was always willing to share his knowledge and experience with anyone who sought his advice, and he always had a story about the 'old days' to share with his many friends." Much of what Czapinski accomplished on the drum corps field transferred to and influenced what was happening in the world of high school marching bands and other ensembles. Santa Clara Vanguard Executive Director Jeff Fiedler calls Czapinski one of the early visual design "celebrities" of marching music. "Gary was a visionary who looked forward to what DCI corps could accomplish in show design," Fiedler said. "He realized how DCI could impact marching bands, and he applied that to his work. He's an icon in our activity, and he forever impacted the growth of the marching arts in the U.S." Many remember Czapinski for the smile and sense of humor that he brought to almost everything he did. Host of Tulsa, Oklahoma's "KRMG Morning News" and longtime DCI public address announcer Dan Potter remembers having the opportunity to work with Czapinski while instructing a marching band. "I learned a lot about how to prepare a unit for performance by watching how Chops interacted with students in the warm-up area," Potter said. "He smiled nonstop through the entire warm-up period, making small talk with performers until they would also smile. As a young instructor not long out of a drum corps, he taught me the important lesson that a relaxed and happy ensemble was more likely to perform well. It's a lesson that sticks with me today, even in radio." Czapinski is survived by his wife Marie, a drum corps, winter guard and marching band judge who was inducted into the DCI Hall of Fame just this past August. "Marie is the great love of his life," Kemp says. "One would experience their love just seeing them together." A celebration of Czapinski's life will take place for family and friends on Saturday, Jan. 11 in Chicago. A memorial fund has been setup in his honor. Contributions can be made to: Chops Memorial Fund c/o Marie Czapinski 7757 Van Buren Street #408 Forest Park, IL 60130 Read Gary Czapinski's DCI Hall of Fame bio.