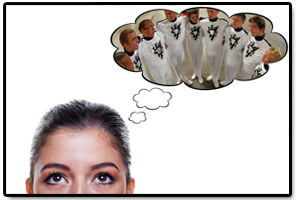 Ronald P. Congrats to Rosa Adams-Bussard with help from husband John who organized the successful Drum & Bugle Corps International competition at Olathe Northwest High School last night. Awsome groups from across the United States. Sold out crowd. It was wonderful!!!

Charlie W. Caught the drum corps show in Lebanon last night. Sure do miss competing at the various venues that we played at.

Diana E. finally made it home after a long trip.. got to see the most amazing drum corps today!!!! Dancers and color guard rocked it too! Thanks for a great experience Mr. Drake and fam! We loved it!!

Jim D. Drum Corps Show in KC tonight! AWESOME!!! Blue Devils 2nd, darned Cadets! Dubuque Colts were MUCH better than I have seen them in a while! Bluecoats were quite good, IMHO! Had GREAT seats right on the 50 in the "skin peeling sound" zone! Felt good getting my hair (OK, what's LEFT of it!) pasted back by the Devils and the other corps... Had a blast!!!

Sue B. Erin is now officially "on tour". I'm gonna miss her so much but am so excited for her to experience the thrill of Drum & Bugle Corps.

Daron B. Eight of the best drum corps in one night - not bad but not enough. Cadets rocked it. Might need to look in to spending a weekend in Indy for finals.

Elizabeth M. What is better than being in the stands at a drum corps show? Volunteering with a corps and walking on the field with them!!! Be a drum corps volunteer!

Danae L. That drum corps competition was absolutely incredible!! I can't even begin to describe it! Amazing :)

Joshua D.'s father got him a data plan! So now I can stay in contact with the real world while being at drum corps! Woot!

Dayton D. So far my favorite Drum Corps is Glassmen from Toledo, Ohio. Their show theme was My Mortal Beloved. Can't wait for the Blue Devils!

Juan M. I just remembered that i'm going to San Antoino this sat. to see the The Drum Corps Bands Perform can't wait

William H. Under the heading "you know it's hot when" I turn down a chance to watch the blue devils drum corps perform. And they are just cross town.

Austin B. Woke up and realized that I wasnt on a bus or on the floor and I dont have rehearsal today...Drum Corps is finally over. What an amazing season :)

Bekah P. Super excited. In a week or so a friend of mine from Florida who's in the drum corps is coming to Texas!!! I'm freaking pumped, not only to see him but watch the show :) yay for having friends all over the US!

Bryan R. I just got home from the drum corps show man that was a killer show first show I've ever been to in 11 years thanks for a goodtime dad you rock!

Carolyn P. I noticed today that drum corps people have one thing in common and that's a nice tan! You're all beautiful indeed!