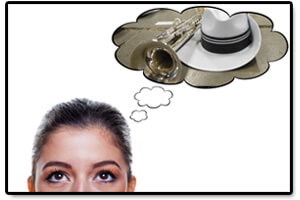 Kati R. so, i've been out of drum corps for 15 yrs. so tell me why i've been awake since 3 worrying about where my trumpet is?

John S. Just looking over the DCI schedule for 2011. DCI.org/schedule

Carolyn P. A big fat congrats to Impulse Drum Corps Vets ..Nick who made Phantom Regiment and David who made Bluecoats!!! Oh yeah!!!!!

Deontahvius F. So apparently my drum corps competition season begins in texas! What is this Tour of Champions maddness? Love my state but twice under that sun. Lawddd!

Arthur H. I saw the Auburn band rehearse today. It was like watching a drum corps rehearsal- the same calisthenics, the same instrument warm up exercises, even tuning exercises were the same. The only difference was the large size of the band- trumpets alone numbered about fifty. They had a good rehearsal. The band sounds and looks great. They are very excited to be in Arizona.

Karl R. well, thats it for college football for another year. My Huskies went 12-3, lost the conf. championship, lost their head coach and won their bowl game, an interesting year to say the least. Time for some Drum Corps!!

Dennis S. Looking over those old Drum Corps pics, it's hard for an old hippie like me to remember that I spent most of my High School days marching in parades & contests.

Luis R. Should have auditioned for a drum corps, cause I feel like this coming summer is going to be worse than this break. Maybe something will come up, where I can possibly do a video audition for a corps, and march somewhere this summer. We'll see what happens.

Michael S. I was here back then.. Some things you just dont forget YouTube: You'll Never Walk Alone - 6 Drum Corps (1985)

Sabrina H. Yes PEOPLE! #1 Son made The Cavaliers!!!! You know what that means? I need to go buy me a Cavalier T-shirt, Cavalier Hoodies, some Cavalier earrings and whatever else I can buy! Way to Go CLAYTON!!!! We are so proud of you! If you ever have the opportunity to see this elite group of young men perform, you must do so. Whoo Hoo!!!

Julia H. Just got word that my nephew, Brandt, made LEAD mellophone for the Bluecoats!!! AWESOME! Way to go, Brandt! For those of you that don't understand this lingo, the Bluecoats are a Drum & Bugle Corps out of Canton, Ohio. He'll travel and compete with them this summer all over the US! What an exciting opportunity for him!

Allen G. My children will play trumpet and baritone in drum corps...just a fact of life