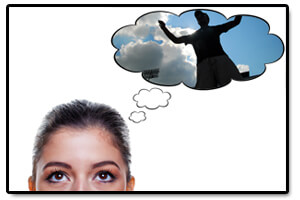 Laurie S. oh my goodness!!! so excited for Drum Corps International!!! I'm looking at going to at least 3 shows ;)

James E. After noticing that only 1 out of 18 friends on face book (at one time) wasn't a person I know from drum corps, I checked. 83% of my friends list come from drum corps or are related to (spouse of, child of) someone I know that marched in corps at sometime. I must say that drum corps has been a major part of my life!

Scott F. misses drum corps.. have fun this summer everyone!

Benjamin S. Holy Drum Corps Batman!!! I GRADUATE AND MOVE IN in 4 days!!! So thats what fear is like...

Chelsea C. watching my brother and dad sit on the couch and giggle at drum corps horn lines. We're such a family of band geeks <3

Gretchen F. hurry up wednesday. I'm in serious need of some drum corps.

Devon E. What a great camp weekend. Sooo much information packed into my head! Drum Corps=awesome.

Connie S. Carlton only one week before Jordan heads out for his final drum corps summer....slow down May!!!!

Chris D. It's funny how I forget to stretch after Sunday rehearsal drum corps and I don't think about it until my muscles start whining Monday morning

Erin W. Sending out a have a great summer to my drum corps friends: Dean, Kelsey, Aaron, Dani, Aaron, Kevin, Trae, Maggie, Danielle, and everyone else!!! If you aren't on the list, it's because I have sooooo many and you are so awesome that I forgot you!!!

Emily W. all moved in back at home in Alvin....living here until I leave for drum corps...11 days!

Dave H. Exercised, watched NASCAR, worked on routing for the drum corps most of the day, watched Desperate Housewives season finale and now it's bedtime. Sweet Dreams my friends! :)

Albert O. Last day in brownsville tomorrow until fall and last week in Texas until the first drum corps show :)