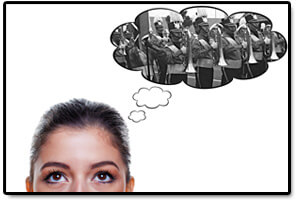 Jake N. is it sad that any time I make and eat a pb and j I think of drum corps?

Richard S. Love the old photos from the early 70's of the local drum and bugle corps. Those were fun times. It is hard to believe we all looked that young.... hard to believe that was almost 40 years ago..... thanks Dean, Joey and Butch. Would love to see some more. All my drum corps photos were lost many years ago..... not sure what happened to them..... had several books of photographs.... bummer....

Eddie V. I am ready to leave this world and go back to the world of drum corps again.

Greg N. I am grateful to my parents for inspiring me towards a love of music. My dad sang carols at his parents house at Christmas, and my mom loved to sing and play the piano at home. They encouraged me to join a drum and bugle corps when we lived in Bristol, and trumpet in the high school marching band. Now I have a deep love of folk music and ballads

Jordan L. Alright, Music City Drum and Bugle Corps, holidays are over! Time to get in shape! Let's see what you got in January.

Alex W. Everytime I see Lucas Oil Stadium when it's not related to Drum Corps International, it just doesn't seem like I've performed there three times.

Matt B. Wishes he could march drum corps this summer real real bad.

Dylan C. needs help with his drum corps dues...or it's gunna be a boring summer at home.

Gary S. I love the fact that the Rose Bowl actually lets you hear the bands, but to my drum corps friends I ask: wouldn't it have seemed better if Wisconsin was playing 'Malaguena' instead of TCU?

Clay H. My new years resolution make that drum corps watch out DCI cause I'm making a b line right straight to a world championship!!!!