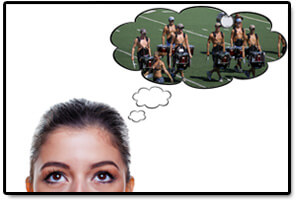 Josh N. it's starting to hit me that my first summer of drum corps will have started in two weeks when I've waited for so long to do it.

Caty B. drooled over drum corps videos for an extended period of time last night with Grant D. Lewis. Why am I a voice major.

Eric M. thinks this could be a pretty good week. Next to Normal, haircut, drum corps, Arsenic and Old Lace and hopefully some gardening on the weekend. Yeah, this could shake out all right.

Alex B. wow...the 2011 Drum corps Reps for this year are insane! And I dont mean in a good way! Bohemian rhapsody, I say a little prayer for you? Romeo and Juliet (overplayed sooooooo much) + cadets just played that phantom? We will rock you and Iron man?

David L. man this is like the second time in three weeks that dci has chosen to put my status on their "drum corps on my mind" page...i feel honored

Terrence Y. So my training for drum corps consists of playing basketball and Rock Band all day. Who says I won't be ready?

Eva A. DRAT! Watching youtube videos of drum corps is making me nostalgic! Even though I was never in drum corps...haha.

Sheri M. Brit is moving to Williamsburg, VA after finals to work for the summer and Ian is starting drum corps training in Rockford with Phantom Regiment on the 17th. Going to miss them but so proud of their accomplishments.

Chelsea G. i'm kind of really going to be sad when my boyfriend leaves for drum corps. ):

Christian C. another successful 2 mile run. Gonna try and get further each day to get in shape/get ready from drum corps this summer!!!

Chris S. I love when I start getting stuff from the cadets in the mail...means drum corps is fast approaching!

Dylan R. I figured that writing an essay about Drum Corps would be easy because i'm a part of it. Well not so much i'm at the point where I know to much information and makes it difficult to organize everything.

Jonathan G. I really want to march this summer... Dear Drum Corps, you're too expensive!