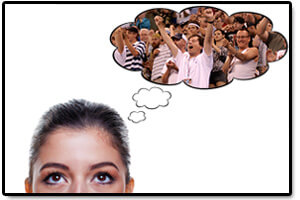 Alexander M. I remembered what it was like to have hundreds of people in my face cheering today, and I remembered how much I love drum corps

Ginger F. My daughter Madi made Crossmen Drum and Bugle Corps...so proud of her. That is alot of hard work and dedication!!! Way to go girl!!!!

Daniel C. What a great night: running, yoga, and a super pretty girlfriend to look at while we do homework and oogle drum corps vids. :))

James T. Just had a great meeting with Mayra talking about all the great new ways Velvet Knights Drum & Bugle Corps will be using facebook, youtube, The DCI Fan Network, and introducing Twitter!

Alex A. Who knew that my first sunburn of the Drum Corps season would be in winter : )

William B. I was taking Sofia to school, and our big decision when getting in the truck is "what should we listen to?" Today she said "Drum Corps Papa!" I'm sooooo proud!

Ronnie O. So proud of my daughter! She's been accepted to Genesis Drum and Bugle Corps!!! Way to go Baby Girl!!!!

Linda H. So excited. My cousins grandson just got a contract with Crossmen and he'll be marching with them..he's a Horn Player..his name is Steve if anyone wants to send him a WELCOME from the PA Crossmen. Jst got the email now. He lives in Missouri so we can all see him when they come to East this summer....maybe I have some drum corps left in me!!!

Shannel S. i love how my little brother is wearing his "i dig drum corps" shirt, and the pacific crest drum and bugle corps hoodie :D

Roberto A. i had a nightmare i was in the Cadets Drum and Bugle corps.... but the scary part was they were getting read to tell me to shave my beard!! D: thnk God i woke up