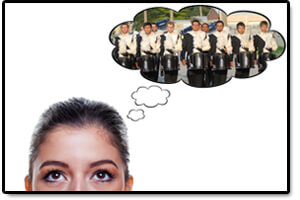 Joseph R. Been practicing like crazy for genesis drum and bugle corps...can't wait for camp! :)

Dan B. is rocking out to Blue Devils Drum & Bugle Corps preseason recording. Why can't every drum corps do recordings?

Dana S. come on people, call me back. I need a job to pay for drum corps.

Kathy K. Yikes! Scary moments for sure for the Troopers Drum & Bugle Corps -- I just voted for them in the Pepsi Refresh project to get a new horn line. How about showing them a little love and you vote, too?? www.refresheverything.com/troopers

Kurt M. Very hot and muggy weather reminds me of my good old days in drum corps. I love it.

Ben E. Anyone wanna go to the opening Drum Corps show in Saginaw?

Joey F. Did I mention that I LOVE DRUM CORPS!

Austin H. Drum and bugle corps are amazing!! For those of you who don't know, they are EPIC marching bands!!

Janet I. www.fathomevents.com Experience the very first weekend of the 2011 Drum Corps International Tour on the big screen! Drum Corps at the Movies: 2011 DCI Tour Premiere

Christopher S. just got asked by a 6 year old..."Where you alive when the dinosaurs were around?" ...now I know that Im aged-out of Drum Corps and that in a few short years I will be turning 30 :( ...but must I already be facing that question? Oh well I told her that the T-Rex at the restaurant was going to eat her...she believed me :D

Lisa K. Colt Cadet season is here again...wahooo!!!! anyone wanting to see an awesome show in Dubuque this summer can get tickets from me. If you have never seen a show before(drum corps) check it out. Amazingly Awesome!!!!!!

Mark S. Here's a question for all my DC friends... in your opinion what makes the difference between a good drum corps and a great drum corps?

Matt K. Can anyone tell me how to locate a band known as the Crossmen Drum and Bugle Corps?

Josh B. Confidential to everyone I knew last century: totally heard a sweet bass drum line practicing when we were in Berkeley this morning. Tuning + precision indicates it was a corps. I really enjoyed standing in the fog and mist, holding my daughter, listening to something that sounded like it was coming from the past.