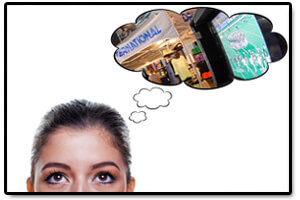 Jason W. Watching Drum Corps videos is like catching Pokemon...once you watch one, you gotta watch 'em all.

Reid V. This is that weird time of the year when there is no more drum corps, but my volleyball season hasn't started yet... Can it be next week already?!?!?

Logan B. In case anyone was wondering, I will be auditioning to march for the Crossmen Drum and Bugle Corps in 2012. Just so you know.

Scott S. I am thinking seriously about getting tickets to next years DCA finals (senior drum and bugle corps-members are over 21) since they are in Annapolis next September. The way I drive anything within 4 to 5 hours feels like it is in my backyard.

Mikhail C. I almost left for the mall half-naked. The things drum corps does to you. -_-

Andrew E. Dang you Kara! you got me hook on drum corps videos today =P

Gary N. Too much theater, too much talking, (excuse me, I mean "Story Telling"), and way too much singing. THERE IS NO SINGING IN DRUM CORPS!!!!!!!!

Katie S. feels so good to be back in winona...but i do miss my drum corps family :(

David G. I'm so old. It's official; I can no longer march drum corps!!! :( Oh well, I have new adventures with Disney waiting for me. Thanks for all the birthday wishes.

Marshall M. For all my drum corps fans... I can not figure this one out my kids will drop everything they are doing to watch BD. Only BD. Unexplainable....

Dustin I. and....that's enough drum corps for a little while...