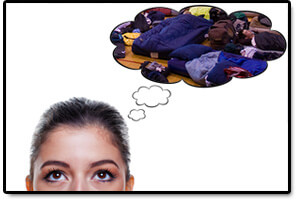 Alex W. I need some drum corps running through my veins.

Jeff L. Great video! It does a great job portaying what the OC and Drum Corps is all about. If you miss watching this...you have missed a lot. Great job OC! Facebook Video.

Brian B. Is it considered a problem when you come back from a drum corps camp, and you realize that your air mattress that you slept on all weekend was MUCH more comfortable than your actual bed???

Bill M. The only thing amazing to look forward to after March Madness? The beginning of Drum Corps Season!!!!!! I CAN'T WAIT FOR DENVER!!!!

Miles K. Don't you love when you meet someone knew and they ask what you do in the summer. Then you end up telling them you march drum corps and they say, "Wow! So you like, play the drums!?"...and I nod my head and smile.

Reid W. Phantom Regiment is closing their show this year with Elsa's Procession to the Cathedral (from Lohengrin), by Richard Wagner!!!! CANNOT wait to see this show

Bret D. Less than 2 months until drum corps season comes around. I wish it would come sooner!

Deontahvius F. killed the CATS audition but had to turn it down bc I am doing drum corps, Duh!

Terry K. For all of those who think they don't have enough money to march... the Jersey Surf can help! Announcing the "Name Your Own Price" Drum Corps Tour

Zach D. You know you're in drum corps when 172 bpm is a rehearsal tempo and 160 is taking it slow.

Ryan C. I had a dream about drum corps, gangsters, and tornadoes...

John-Michael V. is debating on freezing myself until drum corps season... And then going back and reliving this season over and over... I don't want to age out.

Clay H. well my high school band career is over now to my next objective......Drum corps tryouts for next year super anxious but hoping i'll make it

Sharon C. Here is the DCI schedule - Friends in the East Coast - check Allentown,PA for 8/5 to 8/6 and get your reservations going (tickets and place to stay) DCI.org/schedule

Nick W. It's a nice day for drum corps.

Ashley F. I need to know in seriousness, if I make a shirt that says something like "I helped Ashley march Drum Corps 2011" who would buy one?

Andrew G. My Dad doesn't understand Drum Corps, so I put on a video of Madison from last year and he walks out of the room and makes a phone call. Thanks Dad.