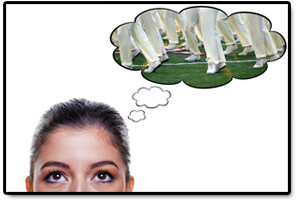 Mike F. Back in the early 70's our drum corps got hip to Don Ellis and after playing guitar blues bands this takes me back . . . how the big band would play Blues! YouTube.com: Don Ellis Blues in Elf

Joe K. who wants to get together a random day and learn Drum Corps Music with me? i will supply all the music, but i will only have brass parts

Rebecca C. I should probably stop listening to drum corps at top volume on my earbuds.

Bryan H. Drum corps, I love ya to death, but you take quite a toll on my body... Massage time!!

Weedy W. Starting to miss drum corps. It is a lot easier to wake up when you know that there is a gym full of guys to wake up.

Michelle A. My first day wearing flip flops to college. My drum corps sock tan is getting so many weird looks.

Steve W. Alright. Everthing's done and I only have 6 hours to kill until bed...I miss drum corps.

Paul P. Just a little bored, so I am watching GARFIELD. Other than the bflat horns and the sound board ( which I can deal with ) they are doing some pretty cool things and if I look at what they are doing and put the other stuff aside, it's still drum corps!!

Jordan Y. I finally cleaned my room and organized all of my stuff from drum corps.

Ray A. I hope all my east coast drum corps friends do ok with this storm. I don't want to see anyone go through something like Katrina again.

Jon B. Today, I am fortunate to be granted my first marching band performance at the University level at Delta University in Cleveland, MS. Thank you to all of my former band directors, trumpet instructors, and The Troopers Drum and Bugle Corps. I pray that I will make you proud.

Scott P. Out the door in 10 minutes and heading north for the turn around weekend trip to Sacramento...ah...the things we do for Drum & Bugle Corps!!

Mike S. Drum corps on the mind. So much drum corps.