By Flo Brown Living in the Bay Area of California has a lot of benefits, such as beautiful beaches, soaring architecture, fast-paced city life and, best of all, drum corps. One and a half hours northeast of San Francisco are the Sacramento Mandarins, 45 minutes south are the Santa Clara Vanguard, and 30 minutes east are the Concord Blue Devils. 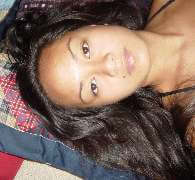 Flo Brown
Over Thanksgiving weekend I was able to witness the nervous energy that emanated from the Blue Devils' horn auditions at Valley View Middle School. Marchers from all over the country gathered in the parking lot before auditions began, buzzing into their mouthpieces as they anxiously discussed the tryout process. My friend Andy (from Michigan) was auditioning, and I assured him that he'd be great. When I picked him up seven hours later, I was right -- he had been offered a spot on trumpet. Later that same night, I stopped off of Highway 101 to pick up a burger from In-N-Out. As I climbed out of the car, my boyfriend Steve suddenly froze and looked off in the distance. "Do you hear that?" he asked. I looked around and shook my head. "I hear a drum line," he insisted. "Steve, you're hearing things," my visiting Glassmen friend Adam said, laughing. Suddenly his ears perked up too, and he listened carefully. "No way!" he said softly. There was a faint drumbeat floating over the sounds of the freeway and the mall, and we jumped back into the car to chase it. "Left! No, wait, right," I instructed, suddenly recognizing where I was. The mall was a mere hundred feet away from Mission College of Santa Clara, and I remembered being there to check out the Vanguard in 2002, when I had opted to march Glassmen instead. We circled a corner, and standing proudly in the parking lot was SCV's auditioning drum line. We had literally stumbled onto the Vanguard. "Do you realize how good you have it?" Steve asked, his jaw dropping in wonder. "What do you mean?" I asked. "You literally live in the center of California drum corps culture," he said. "And to top it all off, you've been to two audition camps that you weren't even auditioning at." I smiled, watching the drum line go over their new music. "Yeah, I'm pretty lucky."
Florence Brown, 19, is a journalism major (with a minor in dance) at San Francisco State University. This spring, she will transfer to the University of North Texas. She marched with the Glassmen in 2002 and 2003, and with the San Jose Raiders World in 2003.