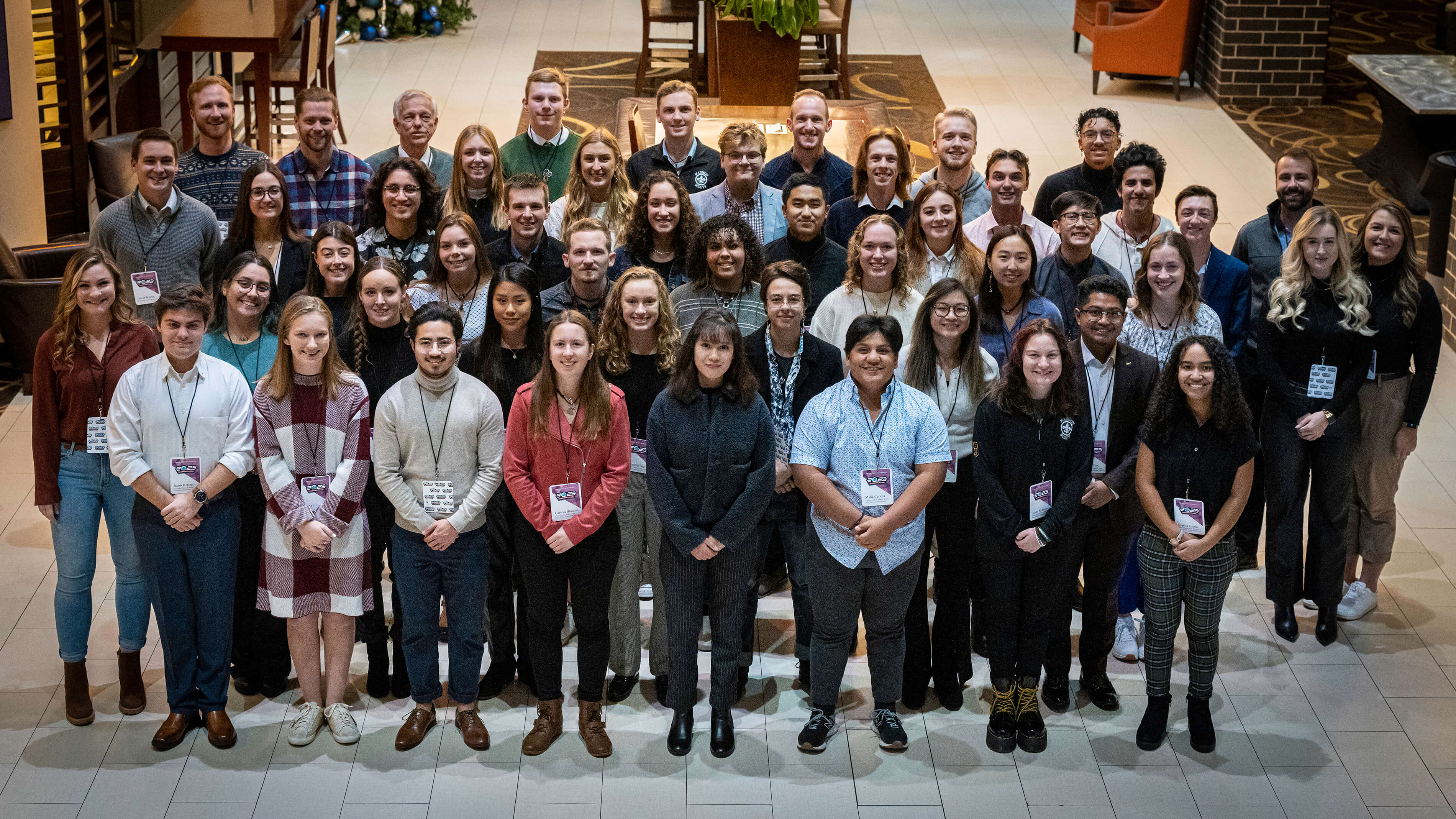 Over 40 of the students set to serve as drum majors on the 2023 DCI Tour attended the Drum Major Leadership Summit in Indianapolis.Photo by: Drum Corps International

Student leaders from across the nation and drum corps activity descended upon Indianapolis for three full days of community-building, educational and leadership-focused activities at the Drum Major Leadership Summit, held January 6-8 as part of the 2023 DCI Annual Meetings.

Ultimately, for the more than 40 students in attendance who will serve as drum majors for their respective drum corps during the 2023 DCI Summer Tour, the weekend’s events were an opportunity to meet one another, learn from one another, and eventually maximize their positions of leadership this year.

“We came here to Indianapolis to really work together and develop a sense of leadership, and a sense of togetherness,” 2023 Genesis drum major Antonio Fox said. “The biggest takeaway is that no matter where we come from, we all have the same goal.”

Drum majors arrived in Indianapolis Friday, January 6, and began with a series of informative discussions and lesson-oriented group games and activities.

Team-building exercises played a major role in attendees’ time at the Drum Major Leadership Summit. Led by Fran Kick — an established educator and motivational speaker — students engaged in hands-on games that simulated the skills often needed to be a successful drum major.

Students also learned valuable lessons on a variety of topics pertinent to their positions, including conducting, situational leadership, media training and more. In the process, they were able to spend time with seven former drum majors to hear insights from people whose shoes they’ll fill this summer.

“We’re doing activities that simulate the challenges that you're going to face as a drum major during the season,” said Samuel Crawford, a former Bluecoats drum major who served as an instructor at the 2023 Drum Major Leadership Summit. “And then we go into small group sessions, try to dig into the scenarios that are presented, and really try to give the students an effective toolkit that they can walk away with to take back to their drum corps.”

Drum majors in attendance emphasized the importance of the community aspect of the weekend seminar. Given the nationwide scope of the drum corps activity, many drum majors met for the first time during the January events in Indianapolis.

Fox expressed gratitude to have so many new friends who fill his same role for other organizations and is excited to see familiar faces during the summer.

“I came into the weekend, and I didn't know what to expect,” Fox said. “When I leave to go back to Texas, I have 43 more friends who I can count on.”

The vast majority of students in attendance at this year’s Drum Major Leadership Summit are set to embark on their first summers in the drum major position.

As such, according to Crawford, it was as important as ever to impress upon students the influence of their position, and instill a sense of confidence.

“The drum major can be one of the most influential human beings in a drum corps,” Crawford said. “We want them to understand that they can affect change and that they can affect the vibe and the attitude of their group, unlike anybody else in the organization, because they're on the field with them, but they're also motivating them to get to the next level.”

Ultimately, the goal of the Drum Major Leadership Summit was to build an interconnected, unified community of leaders, and to ensure the success of those leaders in their ever-influential roles on the 2023 DCI Tour.

“We would love to see these drum majors leave this place excited about their ability to influence people for the better and their organizations,” Crawford added.