The Drum Corps International Southwestern Championship is the first show ever where DCI will utilize two additional Effect judges, extending the total panel to 11 adjudicators. This is the same sized panel that will be used at the upcoming Southeastern Championship in Atlanta, Eastern Classic in Allentown, Pa. and the World Championships in Bloomington, Ind. 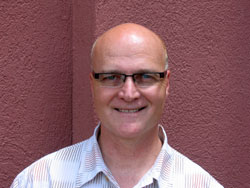 John Phillips
DCI Judge Administrator John Phillips explained that the change originated in a perceived imbalance in how judges control the score. He said, "In our current judging system, Visual Effect and Music Effect account for 40 percent of the total score. At the Drum Corps International Annual Meeting in January of this year, the DCI Board of Directors determined that having just two judges responsible for a full 40 percent of the score at major events creates an imbalance in the scoring system." The remaining 60 percent of the score is divided by six judges, or by seven with a second percussion judge at some events, leaving the two Effect judges controlling twice as much of the score as the rest. The solution? Break up the Effect scores among additional judges so that everyone is weighing in on a more equal scale. With a double Effect panel, each judge will be responsible for only 10 percent of the total score, instead of some getting 20 percent. "Our system is quite simple when compared to other judged events such as figure skating, gymnastics and even rodeo events, and it's much more objective," said Phillips. "It's simple because every DCI judge is working with the same numeric score on his or her own sheet adding up to 200. Then the tabulation program automatically handles the division to adjust the weighting accordingly." The double Effect panel change will be tried out for a single season at select Premier Events before being re-evaluated. Ideally, said Phillips, if the system already works then there shouldn't be significant changes in scores with the addition of these extra judges. He said, "In my role, I believe the judging system provides an effective tool for the judges to arrive at scores, rate the performances and rank the order of finish. I personally believe that due to the efficiency of our system, it will be proven that a level of consistency already exists. My crystal ball says that whether we have two or four judges on the Effect captions, we should arrive at similar scores." How much do the judges affect Drum Corps International's bottom line? Not much, explained Phillips. The events that the double Effect panel will be used at this year, are all contests that require multiple panels to begin with — Allentown is two days, the World Championships are three days, and San Antonio and Atlanta have panels for both the afternoon and evening events. Judges will be borrowed from one part of the event to judge Effect in a different part. No person will judge the Effect captions on both panels. It's a bold idea to help ensure consistency and accuracy in the judging community. Phillips was optimistic about what this new double Effect panel might yield, saying, "We're already looking ahead. The Adjudication Advisory Committee is meeting here this weekend in San Antonio to examine the future of adjudication and competition for Drum Corps International. We're going to look at ideas for developing the judging systems of the future."