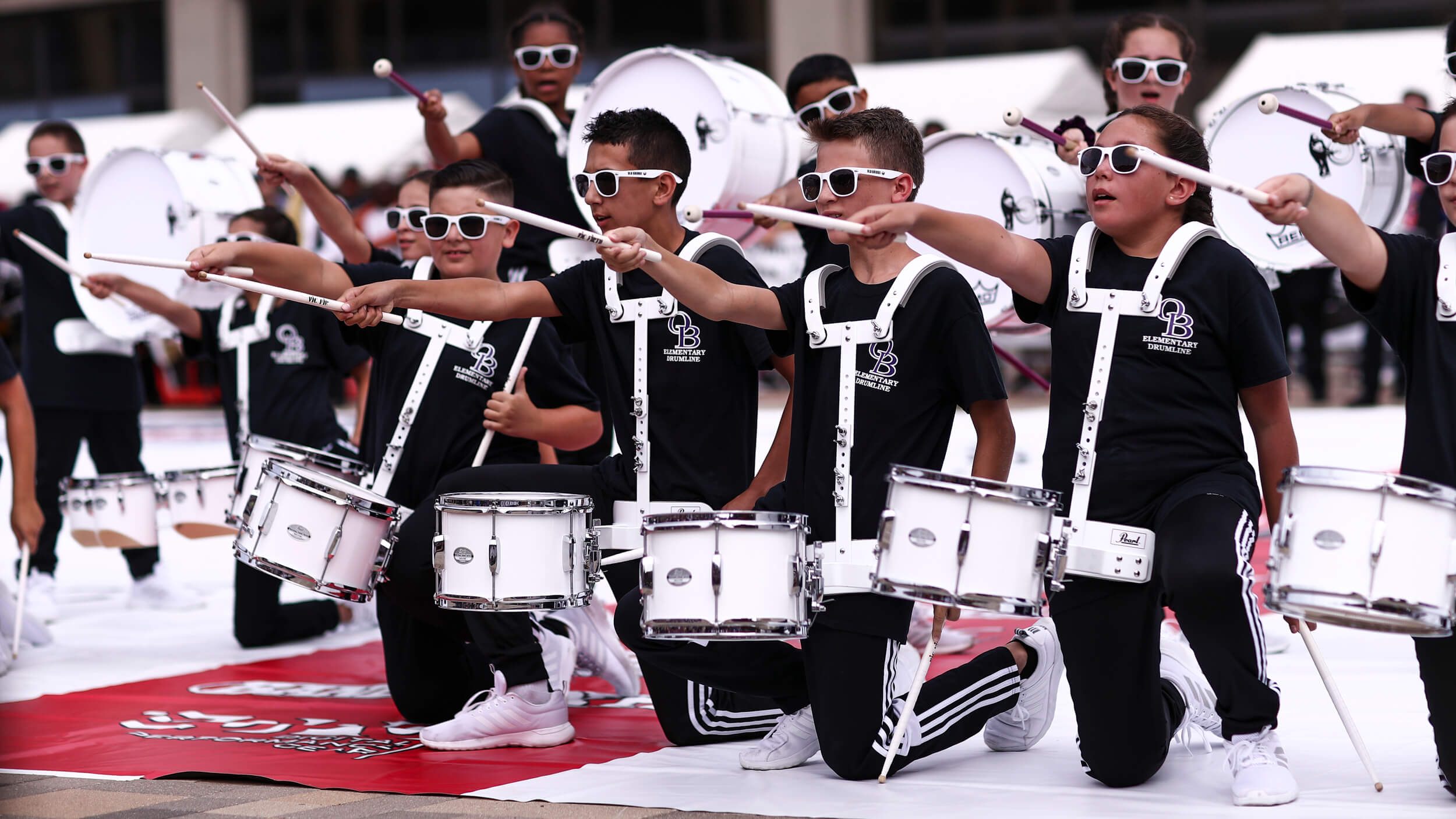 INDIANAPOLIS — A towering grandstand sprung up in Pan-Am Plaza Saturday night, providing the perfect backdrop in the shadow of Lucas Oil Stadium for the 2019 DCI DrumLine Battle presented by Motif Music and MuseScore.

“We don’t have a score sheet. We have no guidance,” said Kathy Black, the DCI board of directors chair who also served as one of the three DrumLine Battle judges on Saturday. “But what we do is we try to look for musical analysis, musical execution and then who has the most attitude. We put a little fan enthusiasm in as well.” 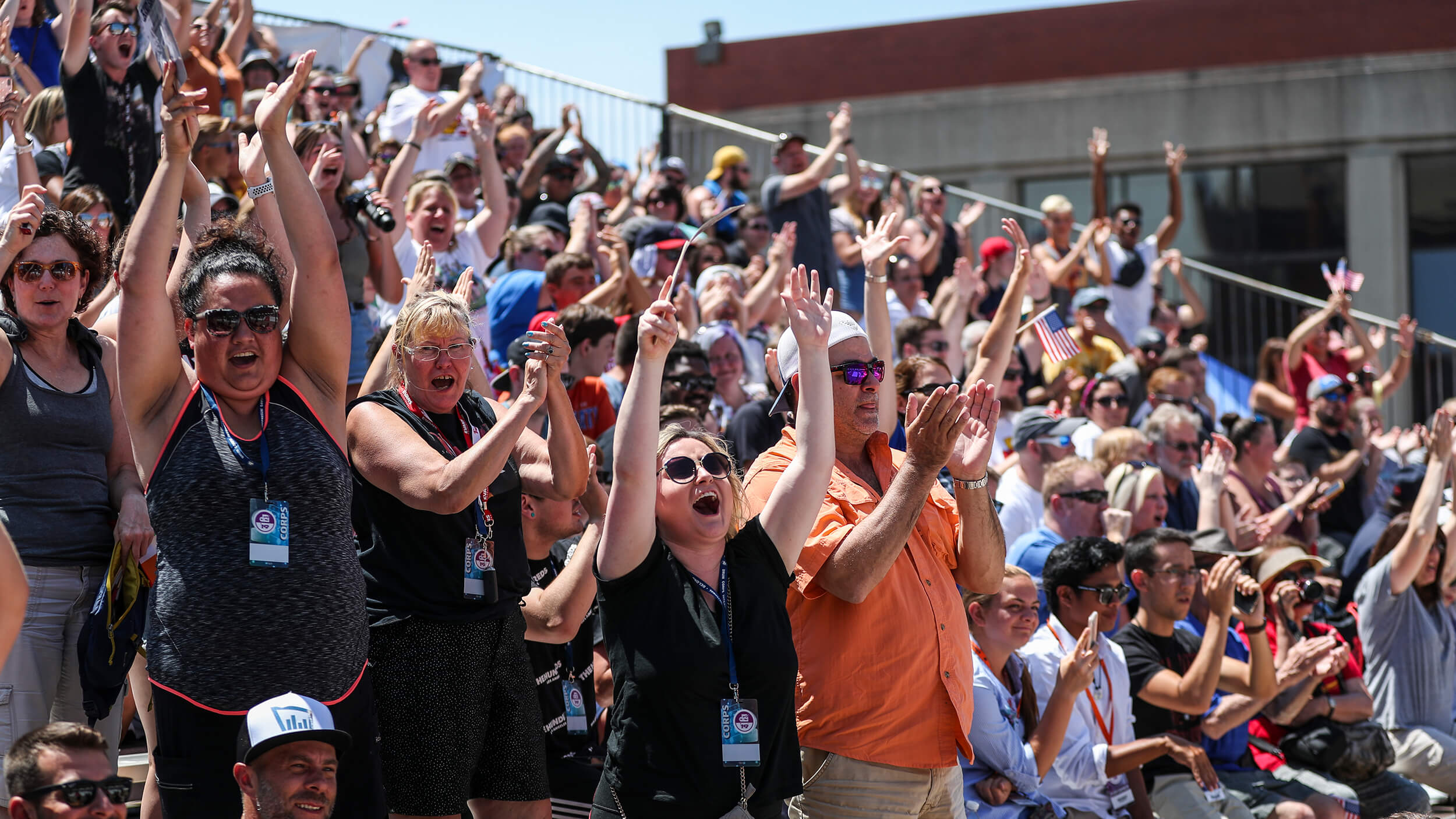 After the show wrapped up, those in the stands, equipped with small drum pads of their own, played along with the Old Bridge Elementary School drum line, which won the event’s fan-favorite award.

Ed Gaus, President of Bongo Boy Music, led the dozen-or-so youngsters in their encore with the fans.

“I think it’s ultra cool. I mean, a young elementary school drum line like this,” Gaus said. “This was all improvisation. They didn’t know what we were going to do, I didn’t know. We just threw it together and grooved together.”

“It’s the best experience ever, especially doing it with all of my friends and family around,” Shadow percussionist Juan Bravo said. “It was kind of something we just did last minute. We had the idea to join the competition since the beginning of the season. We started rehearsing just this week after our Prelims show.” 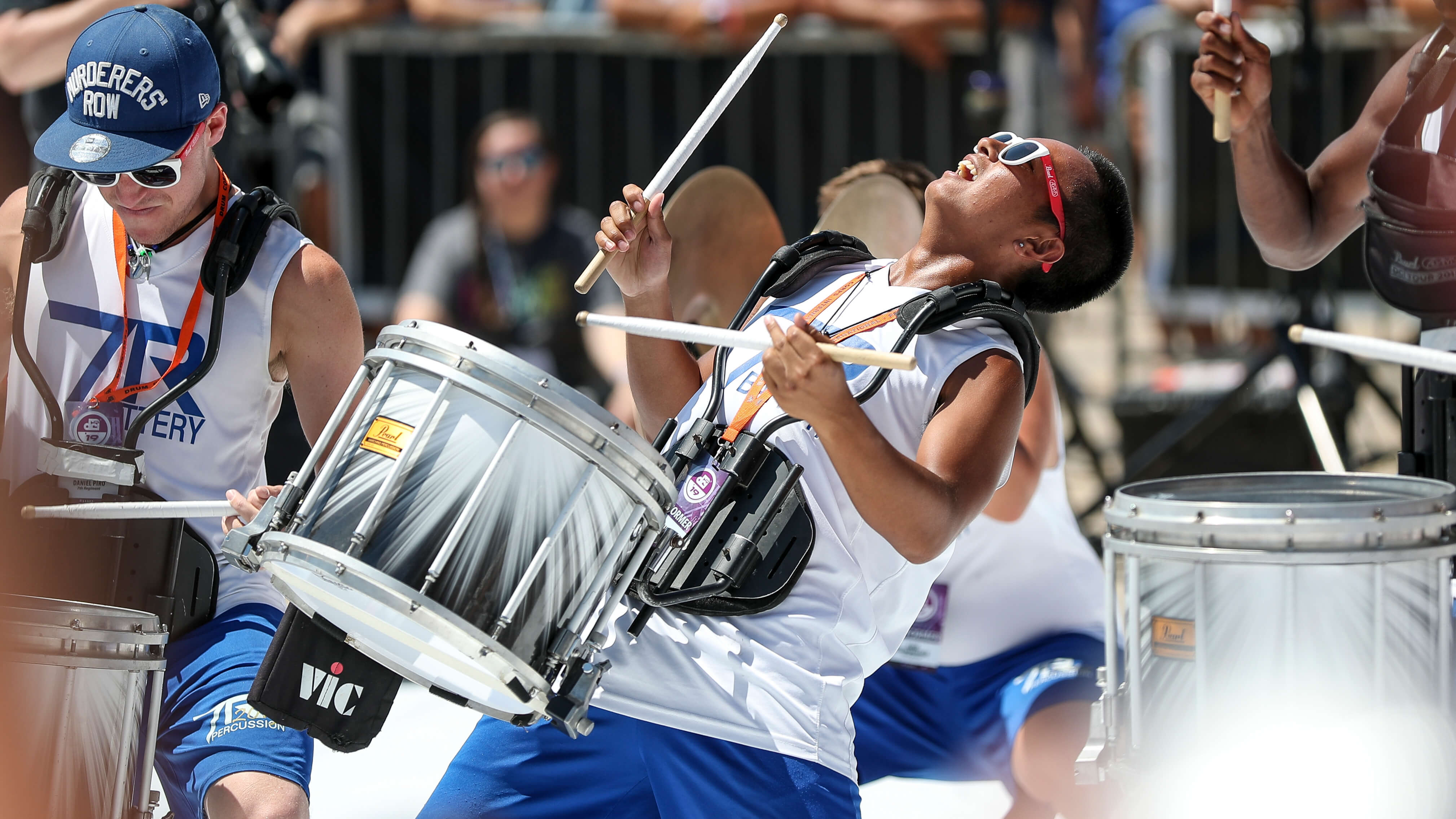 The 7th Regiment drum line throws down in downtown Indianapolis.

Banda Comunal La Fortuna, which also competed at the adjacent SoundSport competition, had been preparing for Saturday a bit longer than Shadow.

“A year ago we thought it was impossible. It has been a lot of hard work to make it happen but in life nothing is impossible,” director Erick Quesada Angulo said. “It’s beautiful because this is from our country. This is our traditions and our culture and to be able to connect with that, it’s the most beautiful thing.”

Now in its sixth year, the DrumLine Battle has become one of the most exciting and anticipated events of the drum corps calendar.

“It has been so exciting,” Black said. “This started with just a crazy idea and now it’s all over the world. People are coming in from different countries and overseas.”