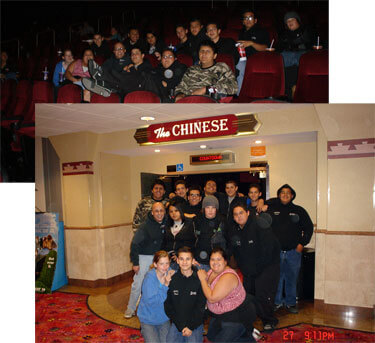 Submitted by Michael Razo (1972-73 Velvet Knights), Pat Costello(1983-84 Kingsmen)
These pictures show the current Orange High School drum line and color guard at the 2006 DCI Classic Countdown. This is the second year in a row that we have attended with a full group. We can never get enough of DCI and are looking foward to the 2006 Summer Music Games tour events. 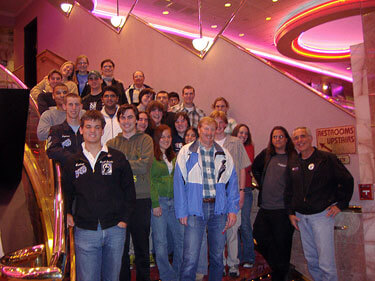 Submitted by Charles Rosing
A wide variety of happy DCI fans in Santa Maria, Calif, including: a gentleman(at the top of the picture) who marched with the Conneticut Hurricanes in 1954, several former Anaheim Kingsmen, current students who will be members of Blue Devils, Esperanza and Mystik, and current local high school band members. 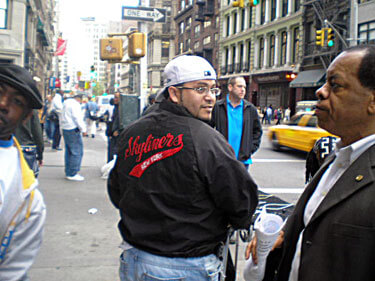 Submitted by Jean Sowinski
I may not have marched in a junior corps, but here's a shot of my friend Miguel in front of the Regal Cinemas theater in Union Square in New York City sporting my Skyliners jacket. We both are pit members of the Skyliners senior corps. 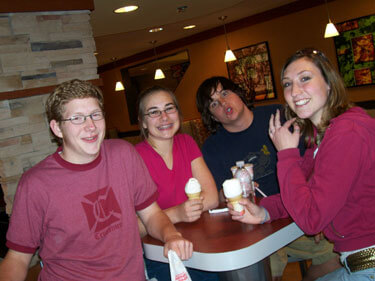 Here's a picture of Tyler Hines, Stephanie Mellott, Justin McVoy and Kristin Schellinger at the McDonalds in Myersville, Md. after seeing the 2006 Classic Countdown in Hagerstown, Md.