Drum corps fans who watched the 2006 DCI on ESPN2 broadcast on Sept. 5, submitted these photos:

Submitted by Kristen C.
This is a picture of a cake I made for a get together the night of the DCI ESPN2 program. We are students at Texas Tech, two of us from Phantom Regiment, and we all had a blast watching the show! 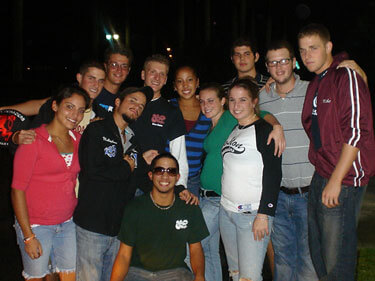 Thanks to everyone who sent us photos of your DCI on ESPN2 parties. Keep them coming to Forzato@DCI.org and we'll show as many as we can in the coming days and weeks!