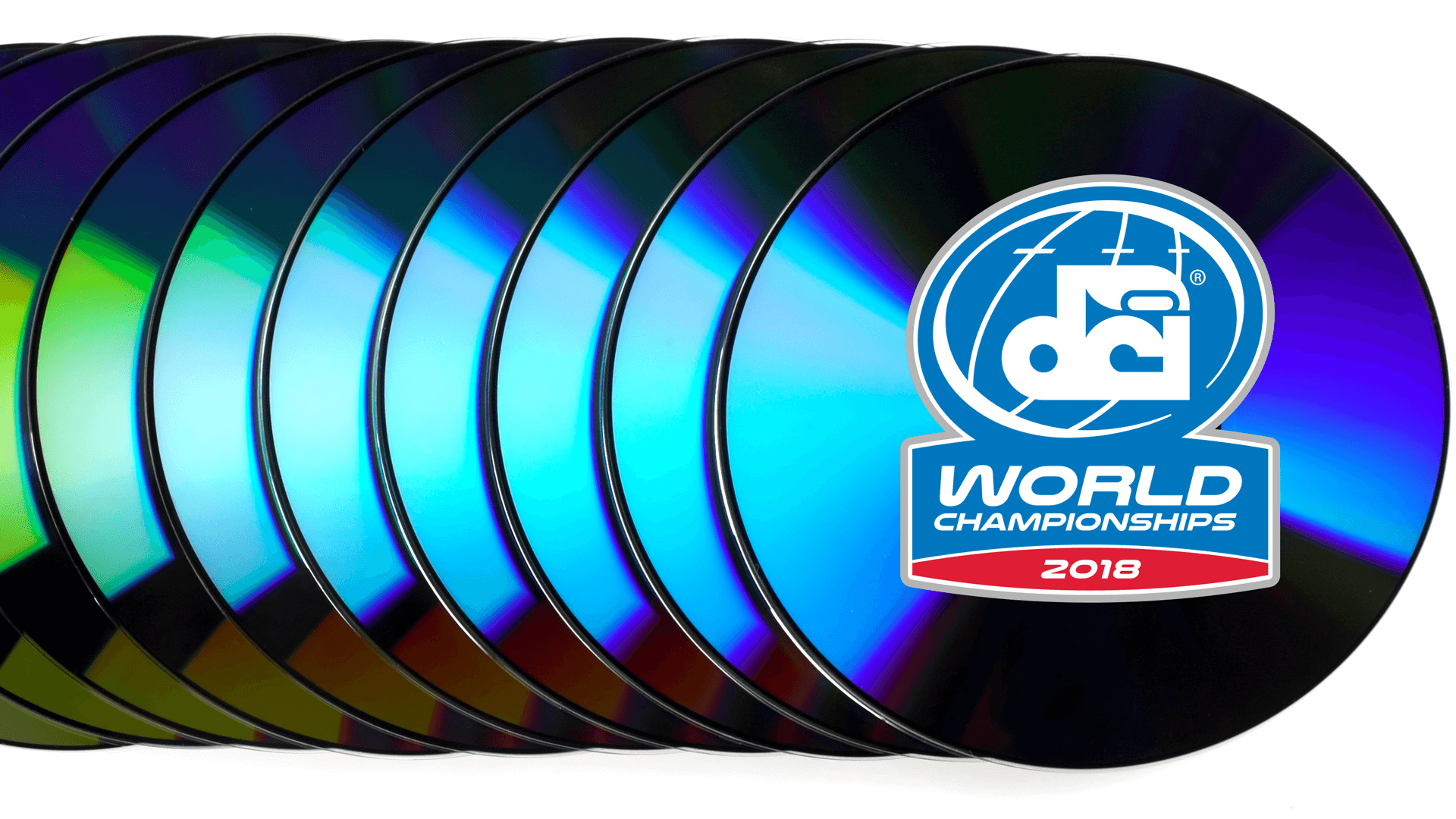 When will audio and video performances from the 2018 DCI World Championships be released?

Why does it take so long after the summer to release this year's audio/video compilations?

In order to protect the original copyright owners and composers who allow Drum Corps International's performing ensembles to license their music, every effort is made to secure the appropriate licenses in order to offer the most complete performances as they appeared on the field this past August.

Which corps will be featured on those products?

This year Drum Corps International will feature performances of the top 25 corps from the DCI World Championships in Indianapolis on a four-disc CD set and the top-12 World Championship Finalists on a two-disc Blu-ray set.

Will the top-12 finalists also be available on DVD?

Due to decreasing demand for DVDs, the top-12 2018 World Championship Finalists will only be released on Blu-ray disc.

Can I get any corps other than the top-12 finalists on video?

Due to the volume of song titles involved and the cost of securing the appropriate licenses, only the top-12 DCI World Championship Finalists will be offered on Blu-ray disc.

Some drum corps not on the Blu-ray disc set may decide to produce their own videos independently. Check with the specific corps if you are interested in a particular performance.

Will 2018 performances also be offered as Audio and Video Performance Downloads (APD/VPD)?

Yes, audio files of the top-25 2018 World Championship performances are available for purchase via MarchingMusicDownloads.com concurrent with the release of the CD set and will also be offered in the future via iTunes and Amazon in the coming weeks. Video files of World Class corps (including those finishing below the top 12 with approved music licensing) will be made available via MarchingMusicDownloads.com if and when music licensing approvals are secured.

Have edits been made to the performances?

Drum Corps International adheres to copyright law and respects the intellectual property rights of artists whose works are performed by its member organizations. Periodically, edits to performances are necessary due to these video and music licensing considerations. DCI performs these edits to the best of our ability to maintain the quality and integrity of the performances while still complying with intellectual property rights and copyright law.

Specific edits will be noted in the product description in DCI’s online store when made available for sale.

Why are they so expensive?

Unlike a Hollywood blockbuster movie release, Drum Corps International's World Championship CDs and videos are produced on a much smaller scale. Costs are set to cover a number of factors including production, duplication and music licensing fees.

Will audio/video titles be available for international distribution?

At this time, the sale of Drum Corps International's World Championship audio/video titles is limited to the United States.

What are the technical specs of the Blu-ray discs?

Will I be able to watch live streaming performances of drum corps during the 2019 DCI Summer Tour?

Yes, DCI will once again offer live streaming video of select events from the 2019 Drum Corps International Tour via a FloMarching.com annual or monthly subscription.