Attuned to drum corps history and tradition as a former member of the Troopers, 17-year-old Justine Williams was drawn to the Boston Crusaders this season for similar reasons. As a flute player turned mellophone, Williams talks about how she became involved in drum corps and also how she deals with stress on tour. 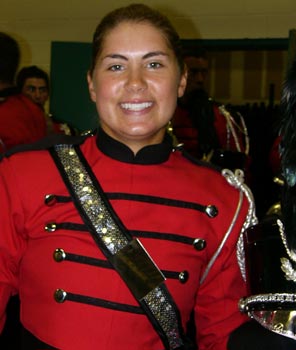