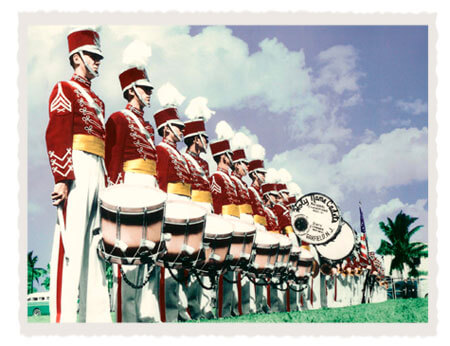 In light of the Cadets announcing that they will compete as the Holy Name Cadets in 2009, I am sending you a photo of the Holy Name Cadets taken in 1950 in Los Angeles where they won the American Legion National Championship with a score of 93.083. This was a long bus ride from Garfield, N.J. Pictured from the left are Arthur Mura (World Drum Corps Hall of Fame) and Gary Scarpa (my brother-in-law).

I was 10 years old when this picture was taken. Since I lived a couple of blocks from Garfield Stadium I have many fond memories of watching Holy Name perform.