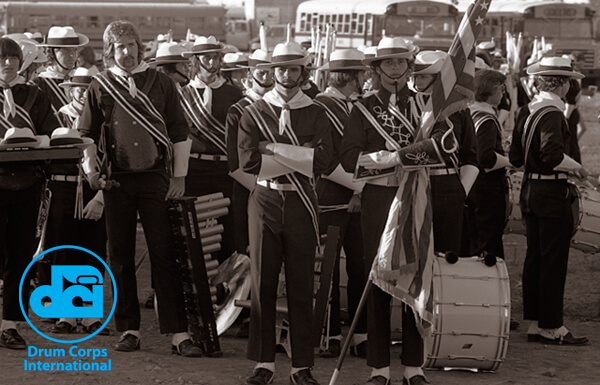 1979 Madison Scouts
The Madison Scouts get lined up outside the stadium before a June 24, 1979 performance in Cedarburg, Wis. After playing "Malaguena" for the first time in the DCI-era in 1978—a staple that the corps has performed six times since 1972—the Scouts stretched their Latin repertoire legs again in '79, kicking off with "The Sorcerer and the Latin" by big band composer/arranger Vic Schoen. Other pieces Madison performed on their way to an eighth-place finish at the 1979 DCI World Championship in Birmingham, Ala., included Queen's "Bohemian Rhapsody" Mark Taylor's "Granada Smoothie" and Michel Legrand's "Pieces of Dreams." Scanning and archival services provided by Drum Corps International corporate partner WeScanFiles.com.