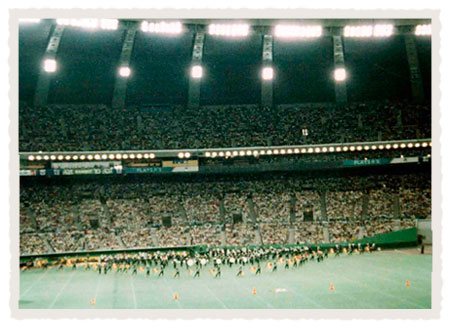 In 1981 I marched as a soprano horn player for the Sacramento Freelancers. We placed 12th in in the Prelims competition at the World Championships, but managed to move up to 11th in the Finals.

After our Finals show, I took this picture from the stands. Well, I actually took it from the back field. The quality isn't so great, but hey it was my 110 camera! You can see the crowd in the magnificent Olympic Stadium!